Countries use drones and other tech to fight Coronavirus 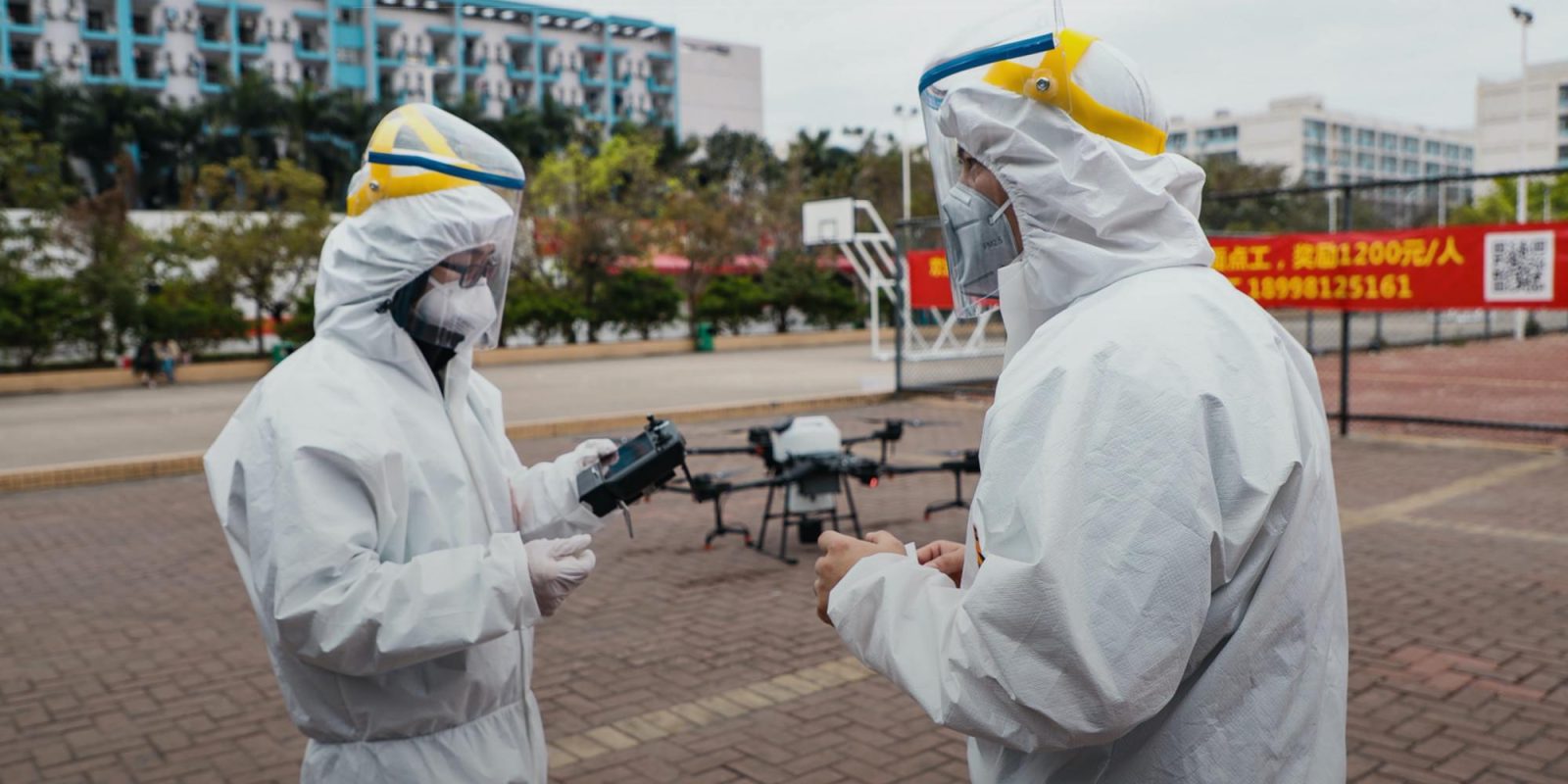 Today the WSJ published an article in which they talk about how various technologies are being used by countries to fight the Coronavirus. Readers of DroneDJ will already know that drones have been used in a number of ways, varying from drones outfitted with loudspeakers to communicate to people to modified DJI Agras T16 aircraft to help spray disinfectants. This article briefly covers how drones are used to spot people who might have the Coronavirus and that a drone carrying 2.5 gallons of disinfectant can spray up to 105,000 square feet, which is about the size of a typical Walmart store.

Countries use drones and other tech to fight Coronavirus

Timothy W. Martin and Liza Lin write for the WSJ that:

“China is unlike other countries,’ Mr. Tse said. “We have a large population, that’s why we’ve turned to technology to be more efficient.”

But the new-age tactics have their limitations. Commercial drones can only fly for about 20 minutes before needing a lengthy recharge, and the tech-heavy defenses are expensive, said Peter Fuhrman, a Shenzhen resident and chairman of China First Capital, a boutique investment bank. He credits the conventional response of the masses of volunteers and paid monitors deployed in Chinese neighborhoods with thwarting the virus.

In South Korea’s hard-hit city of Daegu, private drone companies have been deployed to help disinfect public places at the local government’s request. A single drone can load around 2.5 gallons of disinfectant and spray an area of up to 105,000 square feet—or about the size of a typical Walmart store.