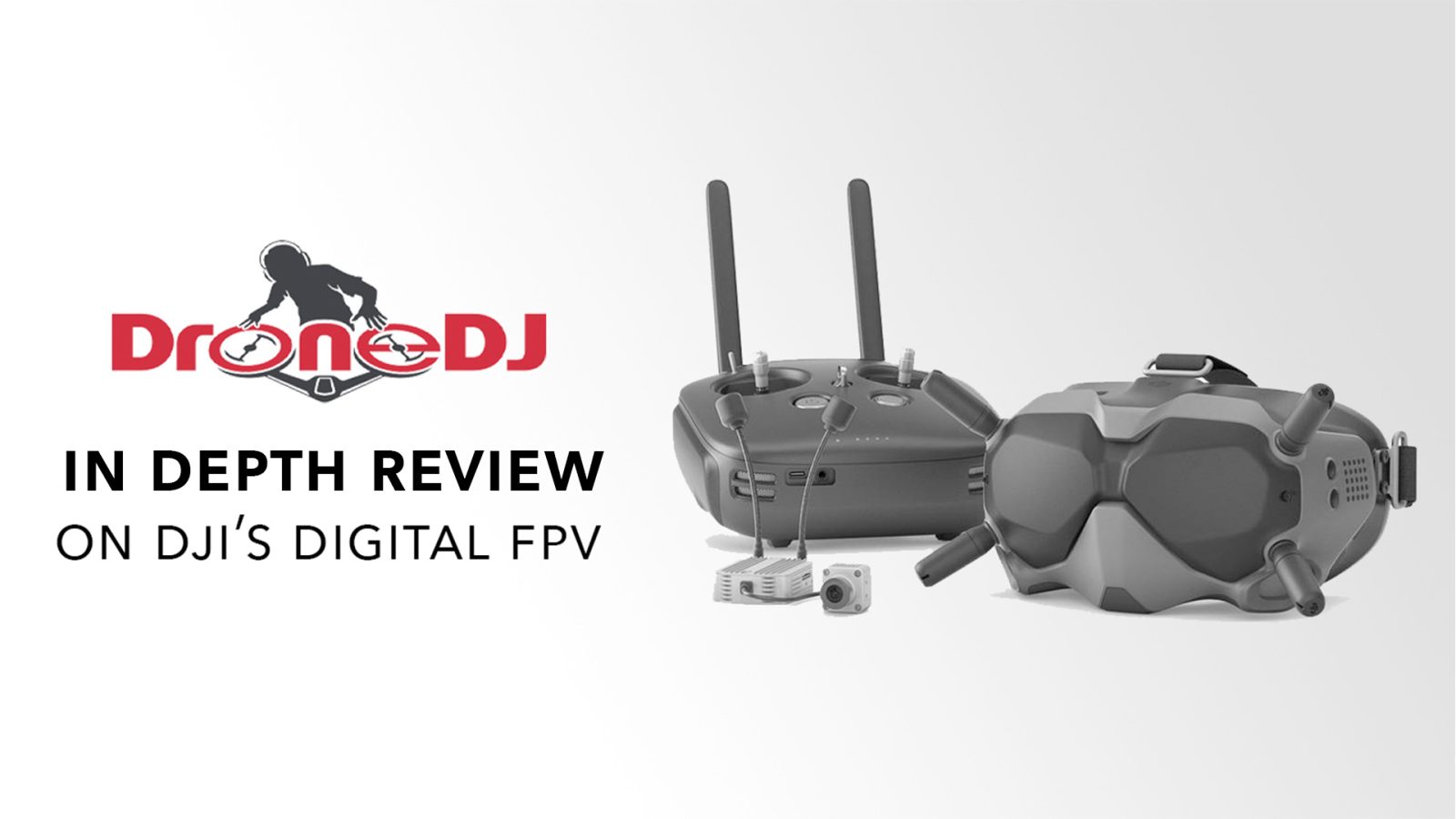 The DJI Digital FPV system caused a lot of hype for everyone when it originally came out. After flying for months with both digital/analog systems, it has become a lot easier to identify the pros and cons when it comes to analog video transmission and DJI’s new digital HD video transmission.

In the last article about DroneDJ’s first impressions on DJI’s Digital FPV system, I talked briefly about what I thought about the system. This article will go more in-depth on the hardware and software of the actual system so you can better understand digital FPV.

The main difference between these two systems is the breakup you get when you start getting a bad signal. If you are familiar with flying FPV drones, you know that there can be a lot of interference depending on your location and the materials you are flying around. With static and cutout on the analog system, it may get hard to see, but your image is never delayed much. On the digital system, however, the breakup is much different. You can expect to see pixelation on the DJI FPV system, mainly on the outside edges and while that is happening, there may also be a delay in video transmission. This makes it harder to react in real-time if you are stuck in a tight situation or flying fast.

I will say that the digital system is a lot easier to set up and typically gets a stronger and clearer image than an analog system, but at the same time, for the FPV market, those milliseconds count. On certain flights with the DJI system, it would go from 21ms to around 50-90ms at times, and that can start to affect the way you control the quad because of that slight delay. This mainly happened when I hit interference or flew farther away, but it is something to be conscious of before just thinking digital FPV is the holy grail right now. 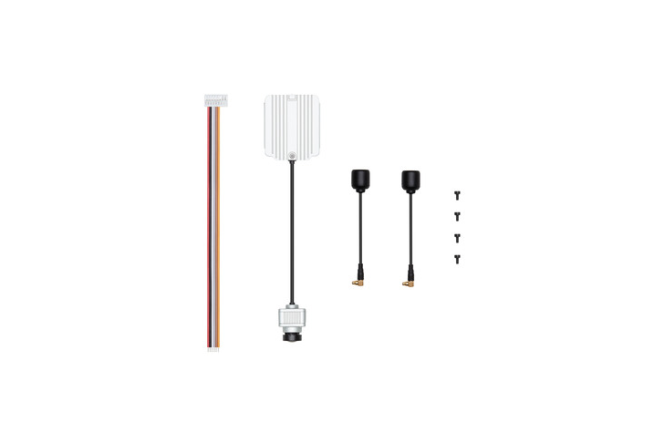 VTX and Receiver: Ease of Use and Camera Quality

The VTX and receiver as seen in the photo above are a bit heavy and large compared to typical FPV parts. The DJI air unit and camera weigh about 90 grams while a typical setup could weigh less if need be. There are no options to just have the camera and VTX because the receiver is also built into the air unit. This chunky box provides some design challenges but it is small enough to tuck into a 3″ or 4″ drone if you know how to build but is better off in 5″ drones or bigger as long as you get the right frame for it.

My favorite part about this is how many fewer wires there are and how clean it can look when you build. This system is clean and easy to install after some research and there are even a bunch of pre-built DJI FPV drones on the market now if you don’t want to get into building quite yet. You can find some of those scrolling through these pages at Race Day Quads or GetFPV. 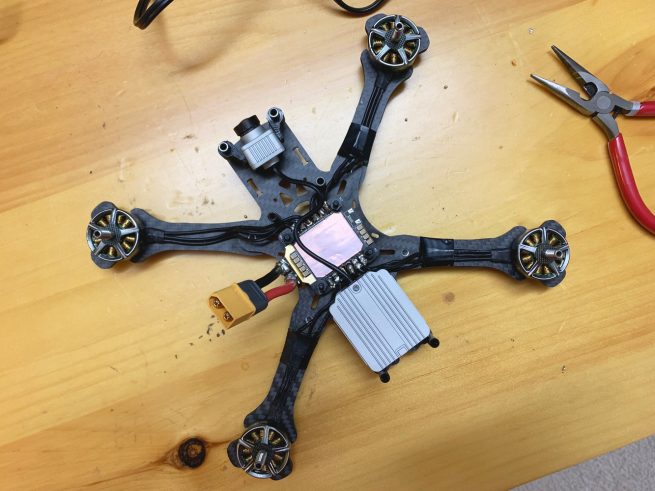 This camera can shoot a max output of 1080p at 60fps. For some FPV pilots, this quality may be good enough to replace your GoPro or action cam so you have a little less weight to fly. For cinematic pilots and people looking for quality, I would not recommend this as a primary option; it is not the best for color grading, stabilization, or quality in general. However, if you need to use it or want a backup, it is a great option. For better camera quality, I would definitely recommend a GoPro, Osmo Action (DJI/Amazon), or Insta 360 ONE R or ONE X. 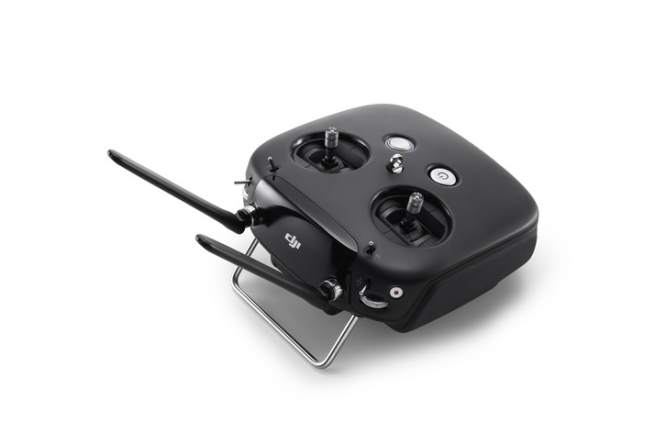 Compared to previous DJI controllers, this one has a very similar feel to my Inspire 2 controller. Compared to other FPV controllers, it is a bit of an adjustment and probably does have some good room for improvement as far as overall design and feel goes. The switches seem to be positioned oddly, and the knobs are a bit short. There also doesn’t seem to be anywhere to play with the tension of the sticks.

The best part about the controller is the range it will give you compared to other controllers out there. A typical FPV setup may require a long-range setup like the TBS Crossfire, whereas with DJI, you literally just bind and fly, and you’re still able to get pretty solid range without breaking up or a failsafe message. The controller also has some pretty good battery life and can be recharged via USB-C. 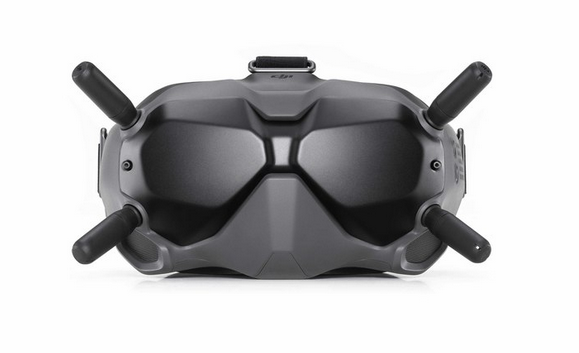 The screens inside of these goggles will not disappoint. In fact, that is one of the only things I really like about the goggles. There does happen to be a bit of light leak, but that isn’t much of an issue with the bright, wide screens in front of you. The original foam piece on the back does not always fit tightly against the head, which may result in some of the light-leaking, as I talked about above. If you are coming from Fatsharks, you will notice a fairly large difference with the screen inside.

These are not the most comfortable goggles, but they aren’t the worst either. My biggest problem with these goggles is the long wire to plug in a battery versus having something on the headset that holds it so you are hands-free. Sometimes, the wire can get in the way or get tugged on, so it’s just another thing to pay attention to when you are out flying.

If you want to fly or have other people join you in flight, you will need another set of DJI goggles. If you would like to use these goggles with your analog system, you will have to set up a ground station or get an adapter to attach to the goggles. It is fun to watch others fly by tuning into their channel. On an analog system, this is no problem; however, you cannot use your analog system to see the DJI feed, and the DJI goggles cannot provide an analog signal without an extra attachment.

Overall, I think DJI is looking to achieve the best overall quality on this HD VTX, but the design might not be there on the very first version. If they stick with it, I think these goggles will become a lot more efficient. For now, they do their job!

Personally, I prefer the clearer image; I really like a nice, clear screen when I am filming. Clarity also comes in handy when dealing with obstacles like tree branches, wires, etc. For FPV in general, I think it is absolutely crucial to get to know your equipment. Range test it, test the connection, learn the location you are flying, and know all the possible things that can affect you when you go out. Each system will have its strong points and weak points, and the digital versus analog debate should really just come down to your personal preference. 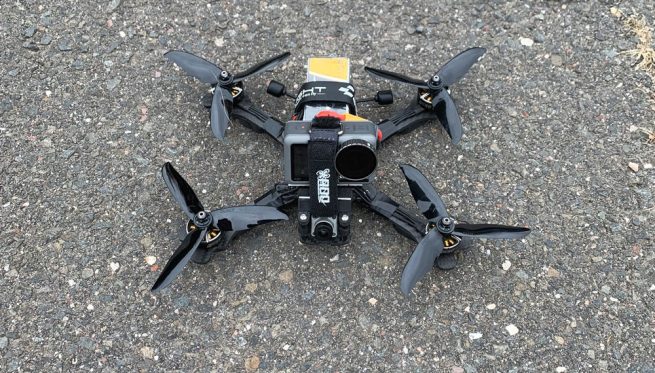 The one place I’ve had trouble with the DJI FPV system is with the hardware and software DJI provides. This really reminds me of Apple and Microsoft. DJI is Apple, a closed system and FPV is Microsoft and Android, an open system for all. This digital FPV system from DJI is literally the first of its kind and that’s what gets me most excited. Though there are things that don’t work so well now, there is plenty of room for improvement.

When flying further away or with other pilots, it is best to pay closer attention to the performance of the DJI FPV system. When there is a delay in the goggles up to 100ms, how does that affect the end control for the pilot? I really love this system because of all the benefits it brings when I fly for fun. However, moving forward, I have decided that there are a few modifications to my setup that I feel will improve the performance of my flight.

After all my time flying the DJI digital FPV system, I have decided to keep an analog system(s) as backup and I also dropped the DJI controller because I wasn’t a fan of how it felt. Another fun part about being a droner is carrying around controllers for each drone. If I can just have one controller for all my FPV drones, that makes my life easier. I personally enjoy the Taranis QX7 where I have the ability to throw in a TBS Crossfire system for range. That plus the digital FPV quality that DJI delivers is the ultimate freestyle/practice experience.

This system is fun and reliable, but I would not make the claim that it is better than analog. I think there are a few analog systems that stand up against the digital FPV, but I do have to mention that this is a big leap forward in video transmission. I think DJI wants to show the FPV market what is possible in the future by coming in with a solid product that helps FPV pilots see better. Priced at $819 you can get the DJI FPV Experience Combo. This system may be for a specific type of pilot, but it will absolutely compare to some of the better VTX and receiver options out there.

Let me know what you think about the future of digital FPV!