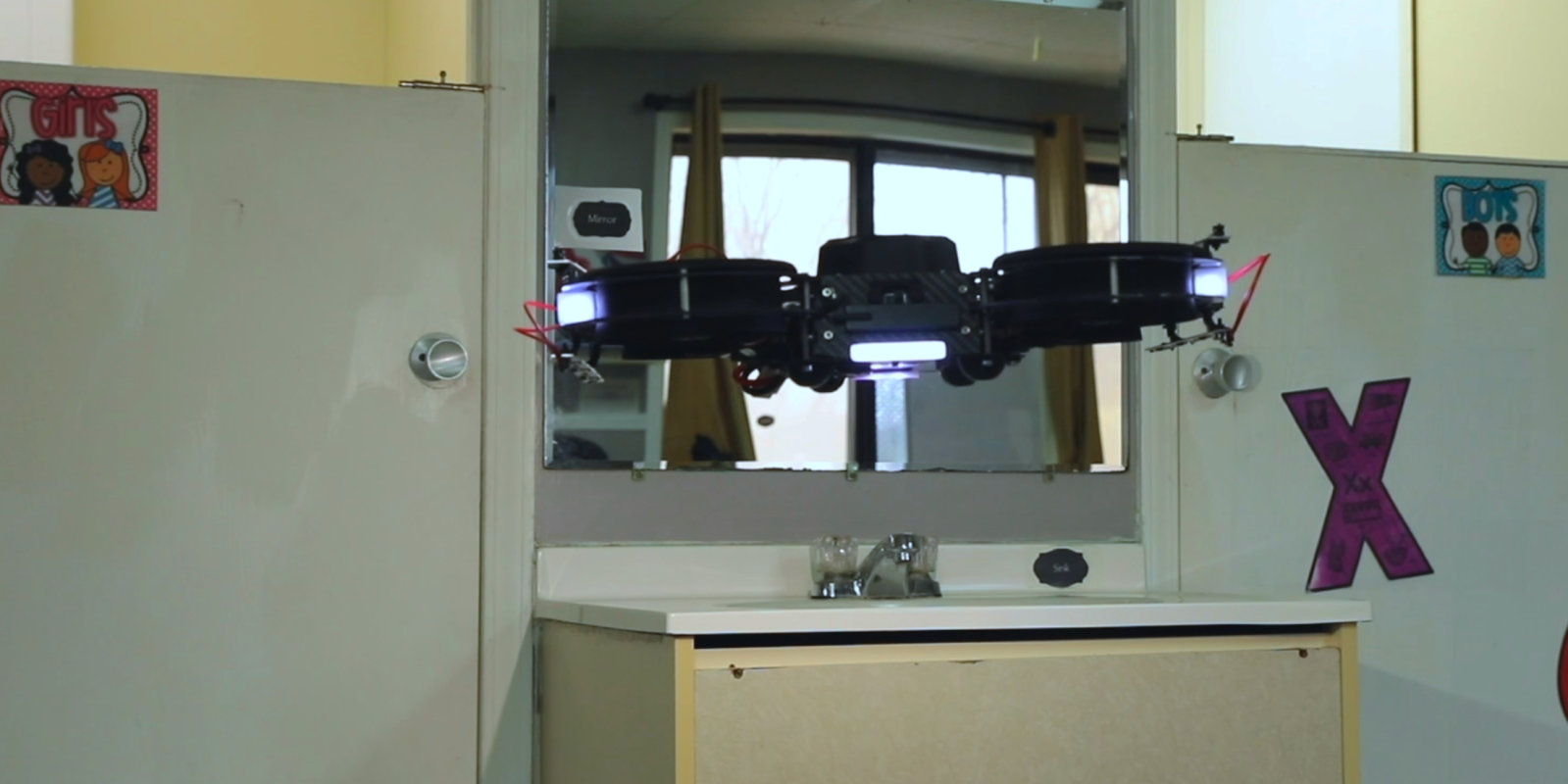 We’ve recently seen several cities and countries use drones to spray liquid disinfectant on outdoor spaces. It’s a fast and economical way to destroy the virus that causes COVID-19. But what about inside buildings, where liquid would make a mess and damage property? A new disinfectant drone uses ultraviolet light to kill the virus as it flies autonomously within buildings.

Digital Aerolus makes a drone called the Aertos UAV. It’s equipped to navigate interior spaces, without relying on GPS or other external aids. The company claims its artificial intelligence mimics the human brain’s ability to recognize and preemptively steer around obstacles. It markets the Aertos UAV for use inspecting confined spaces such as factories or mines.

With the COVID-19 pandemic raging, the company has developed a new version of its drone for indoor disinfection called the Aertos 120-UVC. The quadcopter is equipped with 36 LEDs that shine ultraviolet light.

Not just any UV light will do. On Earth, we typically encounter UV-A and UV-B light in sunshine. But the Aertos 120-UVC uses more potent UV-C light, with a wavelength of 265 nanometers. UV-C has a long history of use as a disinfectant. Studies going back to the 1950s show it as effective at destroying airborne pathogens, including viruses. It’s also dangerous to humans, however. So typically the lights sit high above people’s heads and irradiate the air at the very top of the room. Natural convection currents ensure that all the air in a room eventually floats up to the kill zone, without exposing the people below.

This is another place where autonomy comes in handy. The autonomous drone ensures that humans are exposed neither to the virus nor to the intense ultraviolet light used to kill it. The process takes time, though. Digital Aerolus says that the drone must fly 6 feet above a surface for 5 minutes to provides a greater than 99% disinfection rate. Clearly some battery changes will be in order. Digital Aerolus says it has used the drone to successfully disinfect a daycare center. It’s now readying drones for sale through CDW, and is promising volume shipments in May. Customers can reserve the now by filling out a form on the product web page.