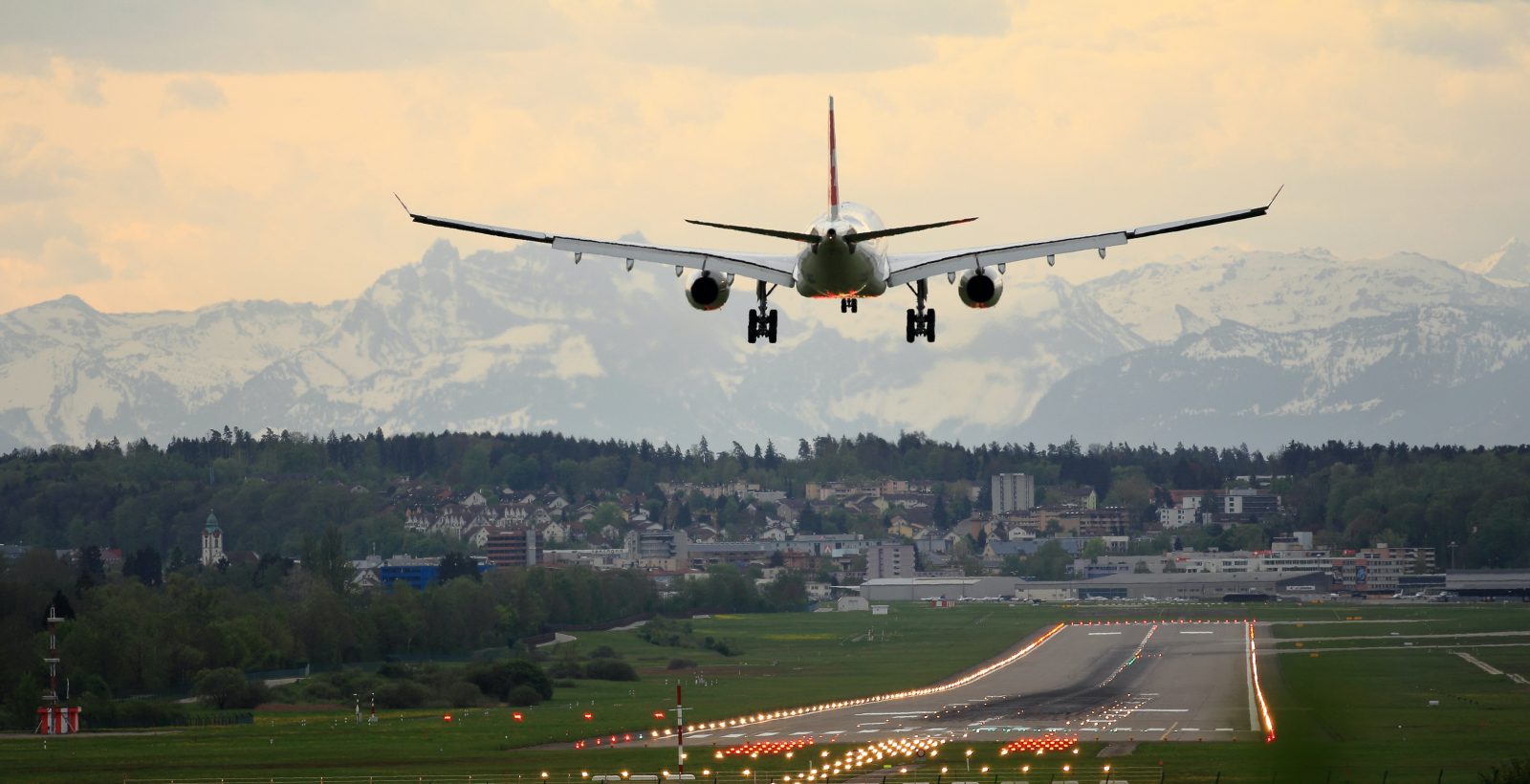 Like so many aspects of the global economy, air travel has taken a major hit in the era of COVID-19. Cutbacks in business travel, international travel restrictions, and stay-at-home orders have led to a huge drop in air traffic.

From February 1 to April 8, the total number of daily flights dropped by about half, from over 154,000 to about 75,000, according according to data from flight-tracking service Flightradar24. And April 8 was a relative high point for the past week. 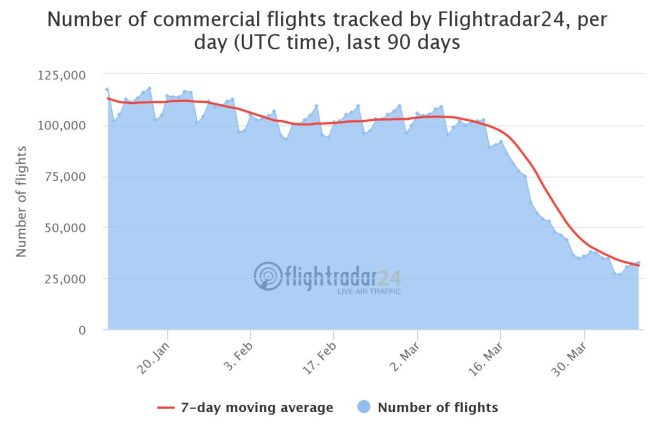 That’s the data for all types of flights. In terms of commercial flights — the kind you and I once took — the drop in air traffic is even more dramatic. The number drops about two-thirds, from almost 97,000 to less than 33,000. Frankly, I’m wondering where even that severely diminished number of flights came from. And I wonder how empty the planes were. Delta, for instance, is no longer filling middle seats, in order to achieve some level of social distancing.

With the epidemic still short of its peak in most of the world, we can expect the desolate skies to continue for at least several more months. By then, the air travel industry may look much different. The International Air Transport Association reckons that airline revenue will be down at least $252 billion from last year’s levels. United, Delta, and American have grounded nearly their entire international fleets.

Europe has taken the biggest hit, with revenue down 46% over last year. By comparison, North America’s drop of 27% looks mild. But this time-lapse video from global flight-tracking company RadarBox paints a dramatic image. It illustrates the drop in air traffic with side-by-side animations of flights over the course of one day in early March vs. early April.

We’ll probably have fewer airlines when this is all over. At least three regional US carriers have already filed for bankruptcy. And JP Morgan warns that American Airlines may have to go that route.

No one really knows how long the COVID-19 mandated shutdowns of the economy will last. But we are facing at the very least two more months. And recovery will probably be slow as governments gradually release restrictions. Business travelers and consumers probably won’t go rushing back to airports, either.

For now, all we can do is enjoy the quiet, clear skies on those rare occasions when we venture out of sheltering at home.