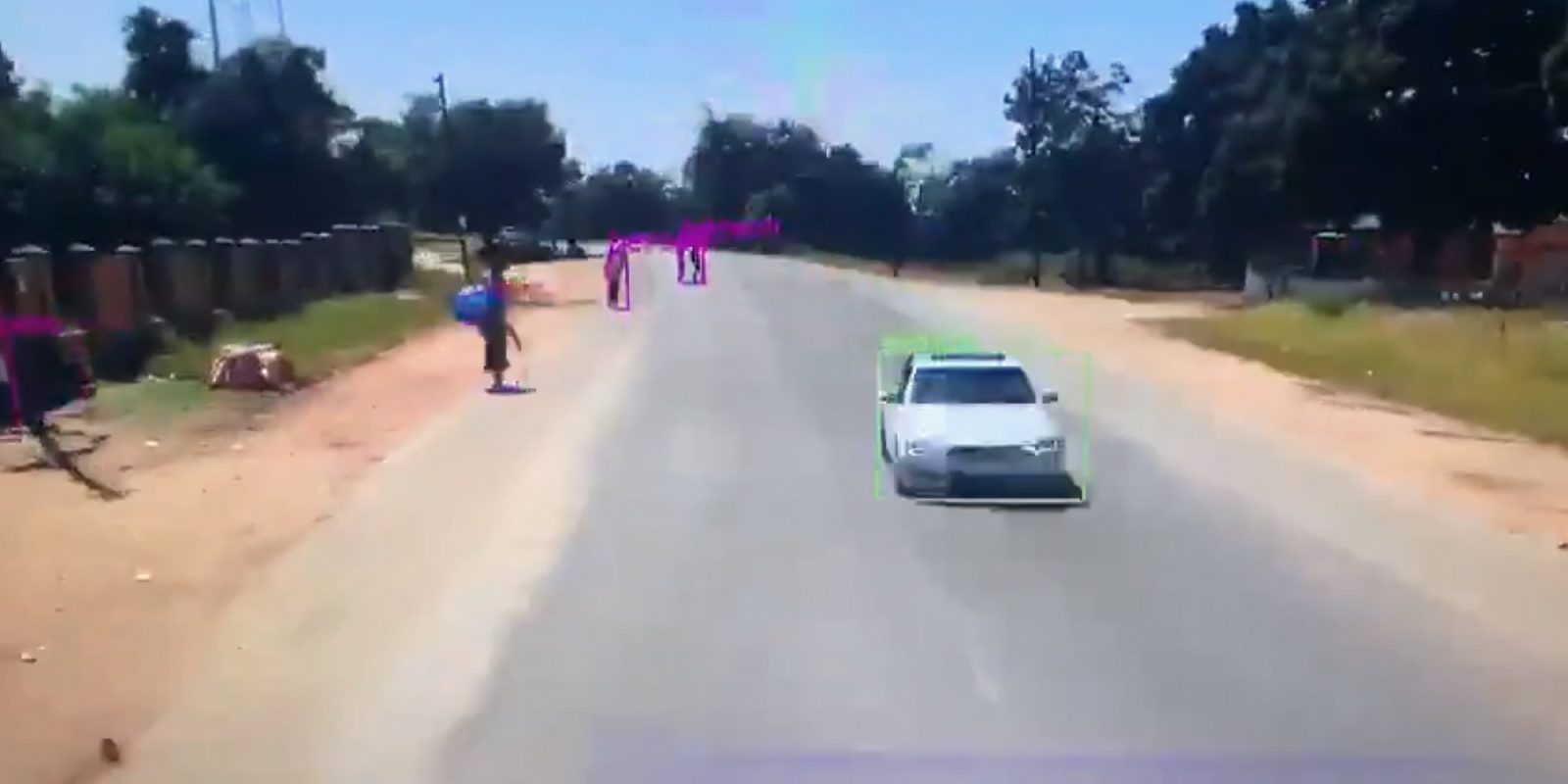 In the midst of South Africa’s five-week extended lockdown, footage has emerged of a drone collecting data and enforcing social distancing. It offers a fascinating first-person view of AI-based software in action and yet another example of drones fighting against COVID-19.

Similar to implementations in other countries, this drone uses a public address system. It plays a pre-recorded message from district mayor Maripe Mangena of the Greater Tzaneen Municipality. The message is recorded in two languages common to the area—Sepedi and Tsonga. South Africa has a diverse cultural population, with eleven official languages in total.

What’s truly interesting here, however, is the software system that monitors and catalogs objects within camera view. It appears in this video tweeted by David Chambers, the bureau chief in Cape Town for Times Live.

In the video (which has clearly been sped up), AI-based software tags people and vehicles. It seems that the operators apply the software to recorded footage after the flight. The original report mentions an unnamed “artificial intelligence app” that footage is fed into it. Police then visit areas identified as in violation of the rules, which has so far included at least one illegal tavern, known locally as a “shebeen”.

At the moment, this recognition software does not seem to be an on-board component of the drone system. Still, it doesn’t seem outside the realm of possibility for this to happen in the future.

After all, drones like the Skydio 2 already have high-end AI hardware built-in. It seems reasonable that, as drone processing power improves, consumer and other commercial drone products could do this type of job independently, without the help of a powerful desktop computer back at base. For now, this is possibly an early example of drone use in a post-COVID world.

Sydney Butler is a writer and researcher looking at how technology affects us, how people can live with technology and the implications of a Transhumanist future. You can get in touch at sydney@9to5mac.com