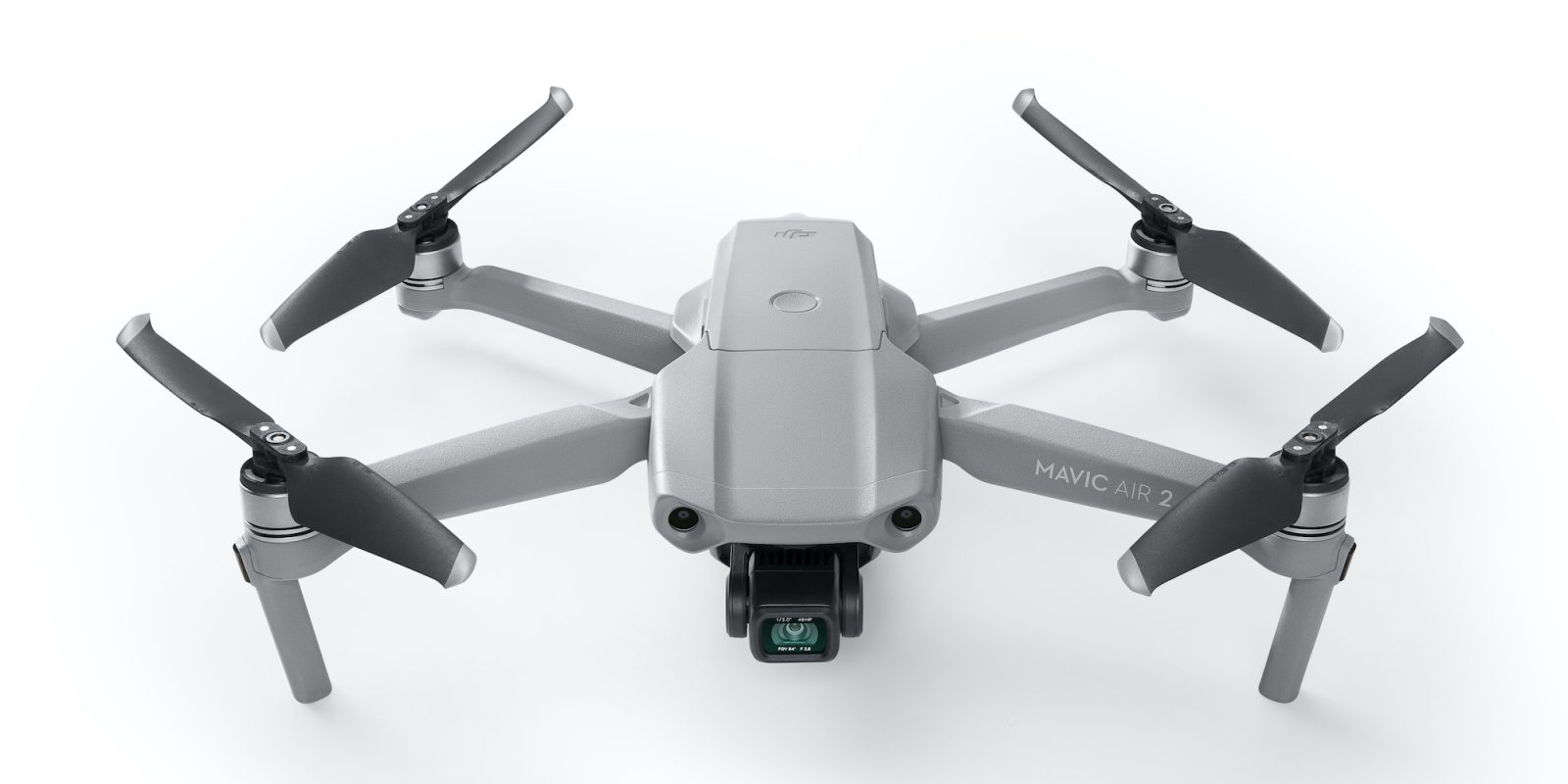 DJI’s new flagship consumer drone is officially here. Rumors and leaks have given us interesting pieces of the Mavic Air 2 story. But with the official product launch, we now have the full picture of what DJI calls its “smartest” ($799 DJI Store) consumer drone.

The true shocker is price. At $799, the Mavic Air 2 costs $120 less than its predecessor was originally priced at. (A $998 bundle adds 2 extra batteries, a case, charging hub, and neutral density filters.) But that’s the only number that goes down. Battery capacity, flight time, and camera sensor size all increase.

Unfortunately, so does the wait time. DJI says that COVID-19 has slowed down shipments outside of China. In North America, for instance, the drone will be available around May 11, although you can place orders now.

A drone’s only good when it’s in the air, and the Mavic Air 2 can spend a lot more time up there. A bigger battery (3500 mAh), new motors, and new electronic speed controllers have pushed max flight time from 21 to a whopping 34 minutes of flight (or 33 minutes hovering). That beats the 31 minutes of DJI’s pricier Mavic 2 Pro and Zoom models. And it gets close to the new Autel Evo 2, which promises 40 minutes of flight time.

DJI managed to increase the drone’s flight time even while increasing its weight. The Mavic Air 2 weighs 570 grams (1.26 pounds), one-third heavier than the original. Extra heft didn’t slow the drone down, either. It achieves the same 68.4 kilometers per hour (42.5 miles per hour) of its predecessor and is just a hair slower than the Mavic 2’s 72 kph.

Camera hardware gets a substantial upgrade, with the ability to shoot 4K video at 60 frames per second–up from 30fps in both the Mavic Air and the Mavic 2 models. The new camera also records video at 120 Mbps bitrate (up from 100 Mbps), beating other DJI consumer models. The camera can also capture 1080p slow-motion video at 120 and 240 fps.

A three-axis gimbal provides tilt, roll, and pan mechanical stabilization. DJI also adds electronic image stabilization for video in this model. The camera offers HDR recording, although in video it tops out at the 4K 30fps frame rate.

The camera snaps still images at 12 megapixels (in JPEG or RAW formats) and now can also stitch images together to make 48MP photos. The higher camera performance comes in part from a newer, slightly bigger sensor. The camera’s 1/2-inch CMOS is about 8% larger than the original 1/2.3-inch chip. (That’s still far from the 1-inch sensor in the Mavic 2 Pro.) 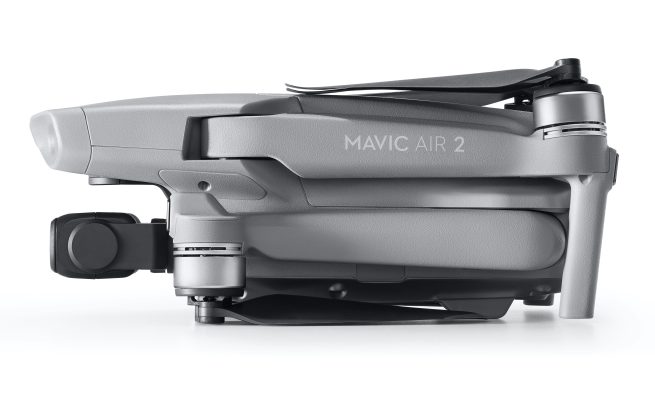 Beyond the spec upgrades, DJI has beefed up the drone’s photography with several new features. It debuts a technology called SmartPhoto, which analyzes the scene and selects from three options for the best effect in still images:

The biggest news in video is ActiveTrack 3.0, the company’s latest subject tracking technology. The Mavic Air 2 is the first drone to get the tech, which DJI says uses new mapping and algorithms to follow a moving subject more accurately than in the past. This should include the ability to recover if its view of the subject is temporarily blocked by an obstacle. (The feature does not work when recording video at 4K 60fps.) The Mavic Air 2 also inherits a mode called Spotlight 2.0 from DJI’s professional drones. It keeps a subject locked in the frame as the user maneuvers the drone. To set either mode, you just tap the screen and drag a green box over the subject to be tracked.

There’s also an upgrade to hyperlapse—timelapse photography shot when the drone is in motion. The Mavic Air 2 is the first DJI drone to offer this as high as 8K resolution.

The Mavic Air 2 also offers a selection of QuickShots—six preprogrammed photography maneuvers that the drone can be set to fly. Choose the Dronie QuickShot, for example, and the Mavic Air 2 shoots video as it flies upward and backward away from the subject. Select Helix. and it shoots while flying upward and away in a growing spiral. 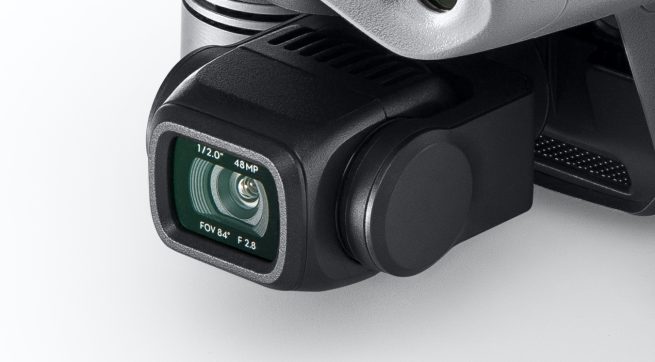 Whatever other changes DJI has made, the experience of flying will be different thanks to a welcome update to the remote controller. The new model moves the smartphone location from the bottom to the top. That should allow you to hold your head higher when using it, making it easier to switch your view between the drone and the screen.

Inside, the new controller offers a much more robust radio system, replacing interference-prone Wi-Fi with DJI’s OcuSync 2.0 dedicated radio channels. The system runs on both 2.4GHz and 5.8GHz frequency bands and auto-switches between the two based on signal strength. DJI says this tech will allow the controller to maintain contact and receive HD video streams (up to 1080p 30fps) at a distance of up to 10 kilometers (6.2 miles). That should be well beyond the line of sight that the FAA rules require drones to operate in. 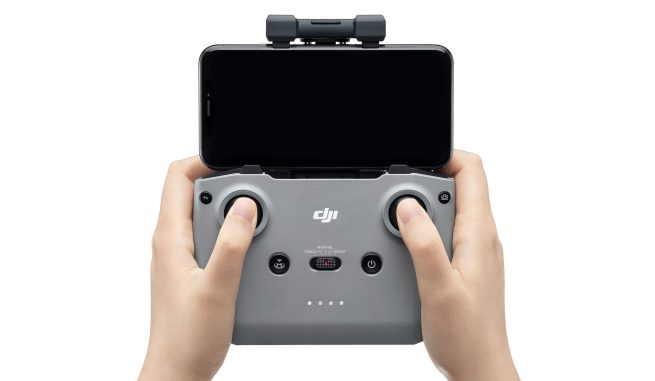 DJI boasts that the Mavic Air 2 is its safest drone, and it points to a new system called Advanced Pilot Assistance System (APAS) 3.0. Engaged by default in Normal flight mode, APAS 3.0 allows the Mavic Air 2 to automatically reroute around obstacles. This drone can only spot obstacles with sensors on the front, rear, and bottom, however. Unlike the Mavic 2 or Autel’s Evo 2, the Mavic Air 2 doesn’t feature sensors on the top or side. It does however, get a new downward-facing LED light to help with landings in dim conditions.

One important technical detail worth noting: APAS 3.0 works only up to a video recording rate of 4K 30fps. If you want to record at the new 60fps rate, you have to forgo this obstacle avoidance system.

The other big safety upgrade is the addition of DJI’s AirSense, which uses an ADS-B receiver to pick up signals from planes and helicopters. AirSense displays their location in the DJI Fly app’s control screen and alerts you with messages, sounds, and vibrations if you get too close.

The Mavic Air 2 is DJI’s first consumer drone to offer AirSense. But not all buyers will receive it, due to a coronavirus-related parts shortage. DJI is prioritizing ADS-B on models bound for the United States, as the FAA is strongly pushing new drones to incorporate the technology. Models sold in other regions won’t come with AirSense until the summer. 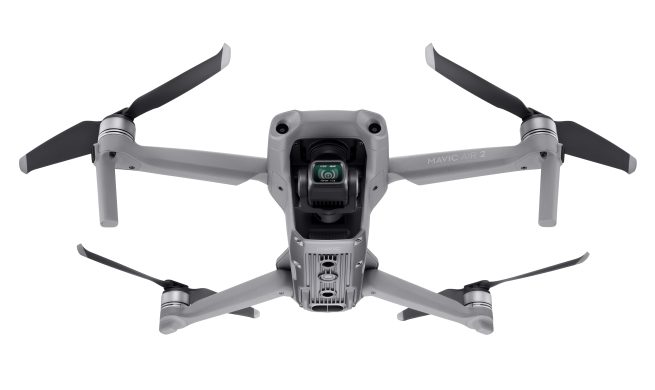 Mavic Air 2 is more than an update

The Mavic Air 2 is a major step up from the original. In some ways, it even outshines the higher-end Mavic 2 models (which makes us wonder when they will get their own update). Even when it’s just a matter of improving specs, those improvements can be substantial, like extending flight time by more than 50%.

Beyond specs, the Mavic Air 2 also gains some fundamental feature changes, with a new controller design, OcuSync 2.0, and ADS-B. Add to that all the new and improved photography modes, and you have a substantially different drone. With all that, and a lower price, the Mavic Air 2 looks like the best DJI you can get for your money today. (Buy now at DJI $799 or $988 for Fly more)