The coronavirus might be keeping drone flyers inside lately, but it’s not keeping drone makers from bringing out new products. At least it’s not stopping world-leading drone maker DJI. A series of leaks, test reports from the FCC, and a not-too-subtle tweet from the company itself all point to the imminent release of its latest drone, the Mavic Air 2, this month.

With the original Mavic Air debuting in early 2018, this model line is about due for a refresh. That’s especially true as other, newer DJI models have leapfrogged it in technology. The $399 Mavic Mini, for instance, clocks a solid 30 minutes of flight time per charge, while the $919 Mavic Air gets just 21 minutes.

Based on leaked information and some reasonable conjecture, here are some key facts about the Mavic Air 2.

Release date: It will debut on April 27

DJI left no doubt about the launch date when it tweeted a short video on April 14. The clip shows the rough outline of a drone, the words “Up Your Game,” and the very specific time “April 27, 2020 | 9:30 PM EDT.” Enough said there. Whether you can place an order right then is not clear, however.

This was one of the shockers. It looks as if DJI will price the Mavic Air 2 at $799—$120 less than the list price of the original Mavic Air. We have good reason to trust this figure, as it appeared on a partner site.  We’d also been expecting this price thanks to a tweet from drone pilot, filmmaker and industry watcher OsitaLV.

On April 13, the test report for the Mavic Air 2 appeared on the FCC’s database, along with some photos showing its technical labeling. That confirmed not only the name of the new drone, “Mavic Air 2,” but also revealed the size of the battery: 3500mAh at 11.5 volts or over 40Wh. That’s nearly 50% larger than the 2375mAh battery capacity of the original Mavic Air. 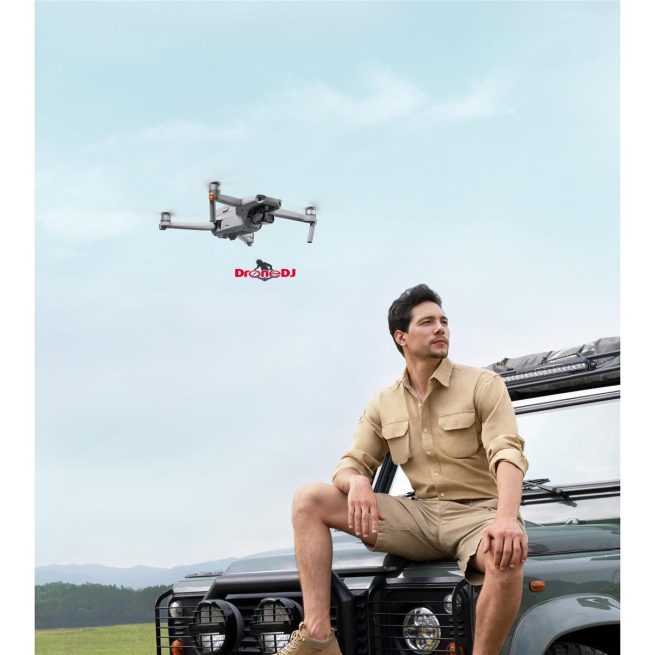 Then on April 15, more documentation for the Mavic Air 2 came out, courtesy of ANATEL, Brazil’s version of the FCC. As first reported by Brazilian Website DroneFriendly, the manual lists a battery life of 34 minutes. That beats even the more expensive Mavic 2 line, which clocks in at 31 minutes.

That leaked documentation also spells out a maximum speed of 68.4 kilometers per hour (42.5 miles per hour). This matches exactly the original Mavic Air. And it’s a tad short of the Mavic 2 models, which top out at 72 kph. 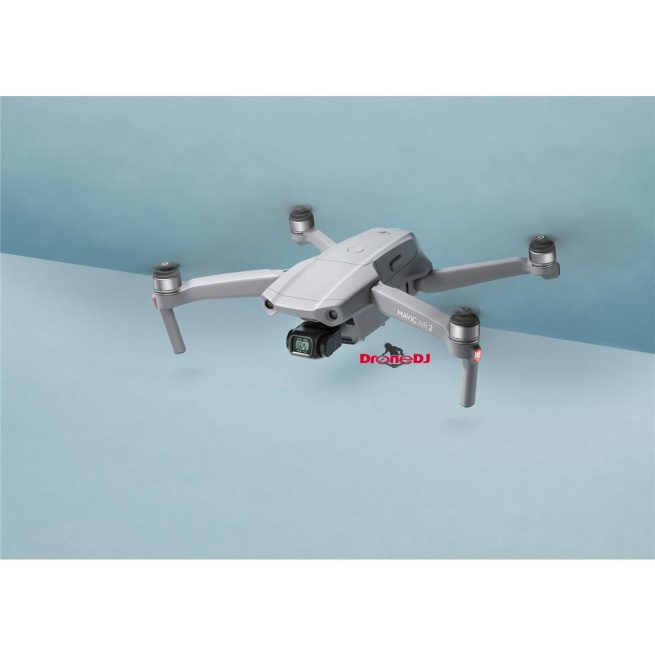 The new drone also packs 3-axis image stabilization and several intelligent automated photo modes. ActiveTrack 3.0 is an upgraded version of the technology that allows the user to select a subject that the drone camera automatically follows. Point of Interest 3.0 is an update to the system that lets users set an automated flight path around a subject. 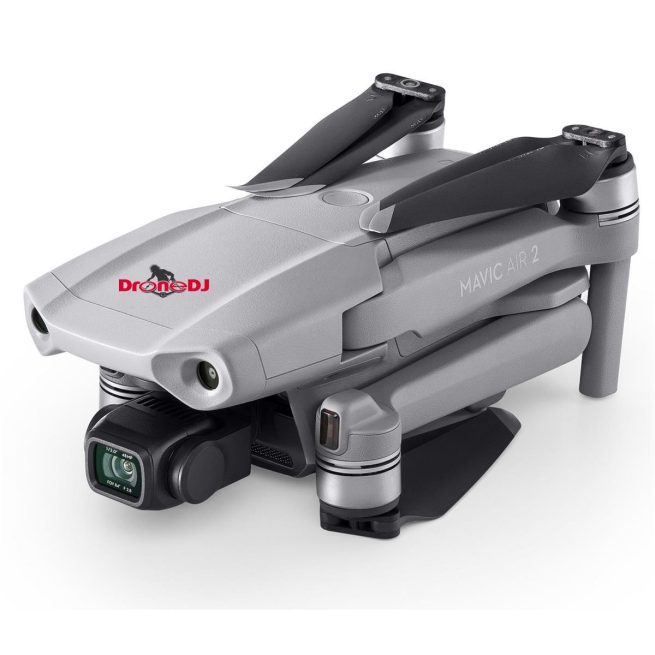 It features a new controller design

DJI’s standard controller mounts a cellphone at the bottom, forcing you to look down while watching the screen. Detailed illustrations for the new controller show a mount that holds the smartphone at the top, more in line of view. This resembles the mounting on the controller for the Anafi, a Mavic Air competitor made by DJI’s French rival, Parrot. 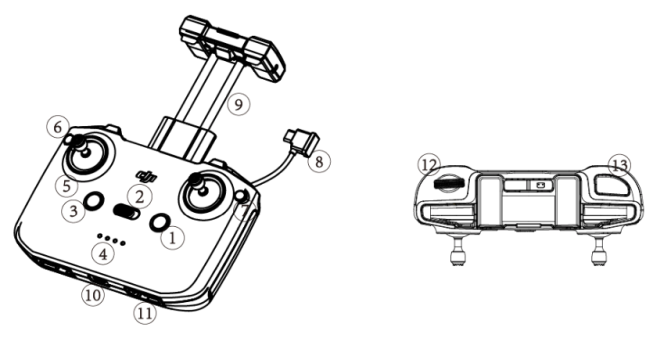 The original Mavic Air uses a Wi-Fi-based radio control system called. But the Mavic Air 2 upgrades to OcuSync 2.0, a dedicated radio system that runs in the 2.4GHz and 5.8GHz ranges (the latter not supported in all regions). This promises less interference from neighboring Wi-Fi networks. It also offers better range, per the leaked manual: up to 8 kilometers (5 miles) with the ability to transmit 1080p live video.

There are no upward or side-facing sensors

The Mavic Air has obstacle avoidance sensors on the front, back, and underside to help the drone avoid obstacles. Its successor appears to have the same configuration. Photos on the FCC and ANATEL sites show no sensors on the top and sides.

This is one clear differentiator from the higher-end Mavic 2 models, which have omnidirectional sensing. It means you are protected from driving straight into or backing into an obstacle or dropping too low when flying. But you are not protected in other directions, say when trying to zoom under a tree branch. The lack of the more advanced sensors isn’t such a surprise, as they remain some of the few features that continue to differentiate the Mavic 2 as a pro-level drone. 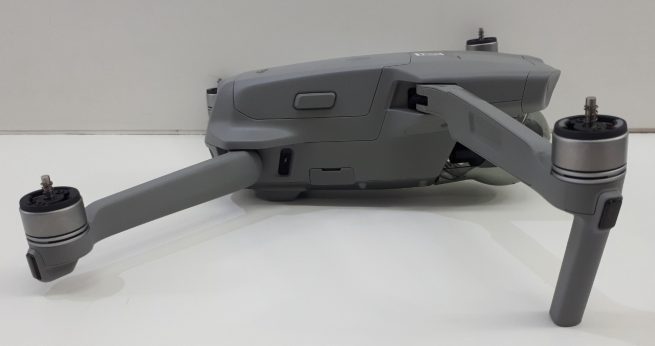 At least some models will have ADS-B to avoid aircraft

An ADS-B receiver picks up signals from aircraft such as planes and helicopters, warning the drone of possible obstacles in its flight path. (It also announces the drone’s presence to other aircraft.) The eagle-eyed journalists at Drone Reviews & News spotted something interesting about ADS-B in the FCC documentation. It mentions 2 versions of the Mavic Air 2—one with ADS-B and one without. If there are in fact two flavors, we still don’t know what that means. Are there different SKU’s by region, or is ADS-B part of the higher-end model at a higher price?

Something has been happening with DJI’s North American operations. Some blogs have reported mass firings in regional offices and especially cutbacks in the staff that support dealers. There are also reports that DJI has been low on stock, due to coronavirus-related shutdowns or slowdowns in the supply chain. DJI is of course, a Chinese company, and many Chinese factories were idled as a result of the pandemic.

DJI counters that its factories are back up and running, with new product shipping around the world. It does, however, admit to having made some unspecified “organizational changes in order to adapt to today’s challenging economic environment.” It’s unclear if possible cuts or restructuring will mean any hiccups in product delivery. 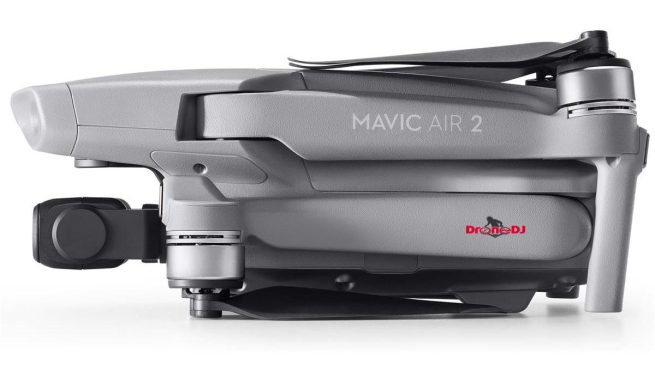