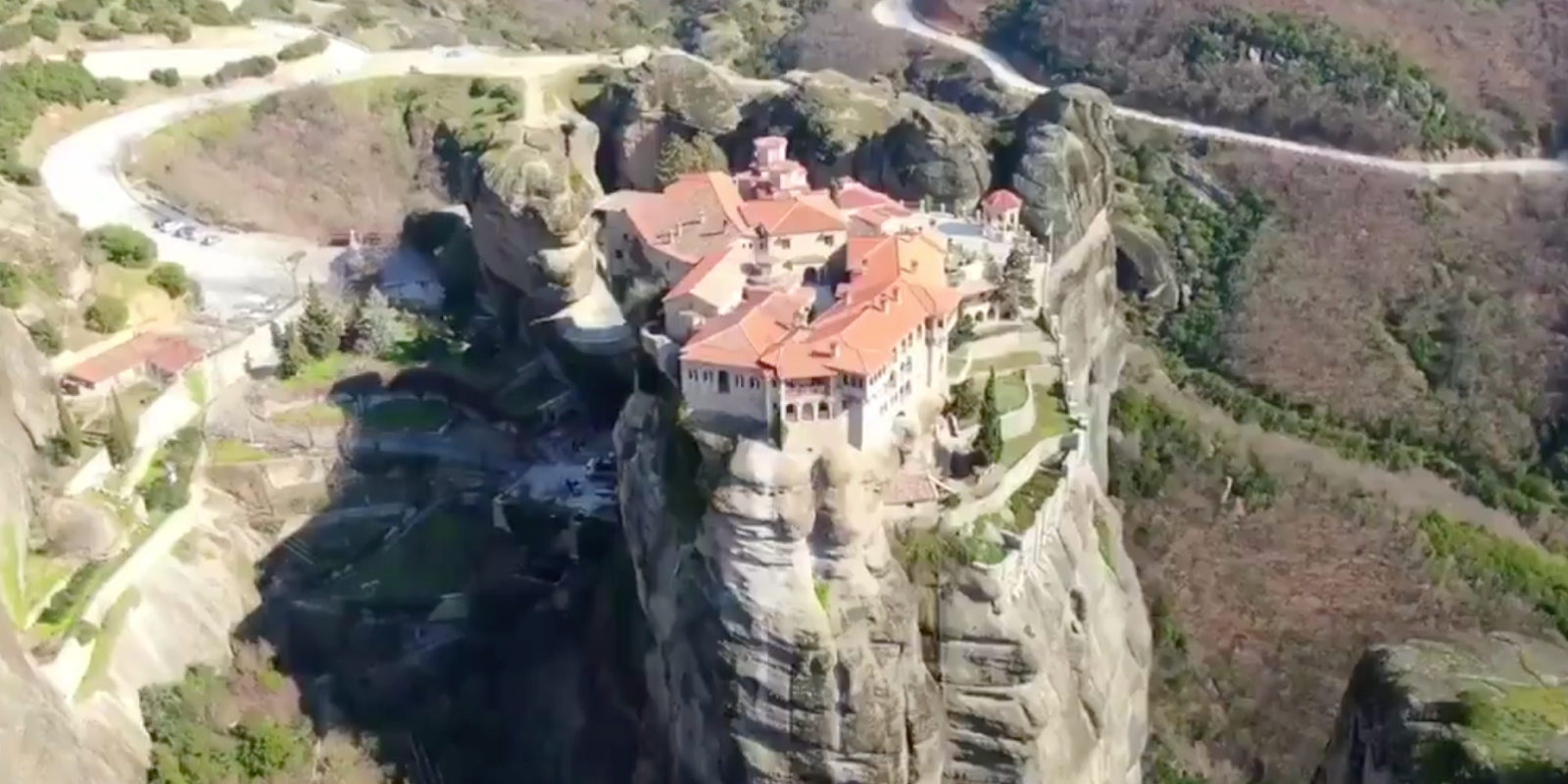 And now for a break from aerial videos of deserted cities. Recently two beautiful drone videos emerged online that show off the geographic and cultural diversity of Greece. The first, by YouTuber Dhruv Rathee, depicts the amazing Meteora monasteries of northern Greece. These holy sites perch improbably atop great pillars of rock that rise up 1000 feet or more from the lush green landscape beside the Pindos Mountains, in the western region of Thessaly.

These are some drone shots I shot before the lockdowns in Greece. Still working on the ground report from Greece. pic.twitter.com/zvBJ7wtIa5

They were nearly impossible to reach. The only way up was via ladders lashed together or in nets that the monks used to haul up both supplies and people. This was a perilous journey, as it’s said that the ropes on the nets were replaced only “when the Lord let them break.”

The monks built over 20 monasteries in total. Six remain today and form a UNESCO world heritage site. Meteora means “lofty” or “elevated” in Greek and is related to the word meteor.

A second drone video of Greece shows a radically different landscape—a little-known desert region in the north-western Peloponnese. It appears completely alien compared to the rest of the country. In place of rocky outcroppings and dark green vegetation, this arid region is dominated by sand dunes with sparse vegetation that appears to be barely hanging on to survival. It’s reminiscent of what you might see in the desert regions of the United States.

Comprising about 1,000 acres, the region is just west of ancient Olympia, home of the original Olympic games. If you like the looks of it, maybe place a bid. The Greek privatization agency is offering the land for sale.