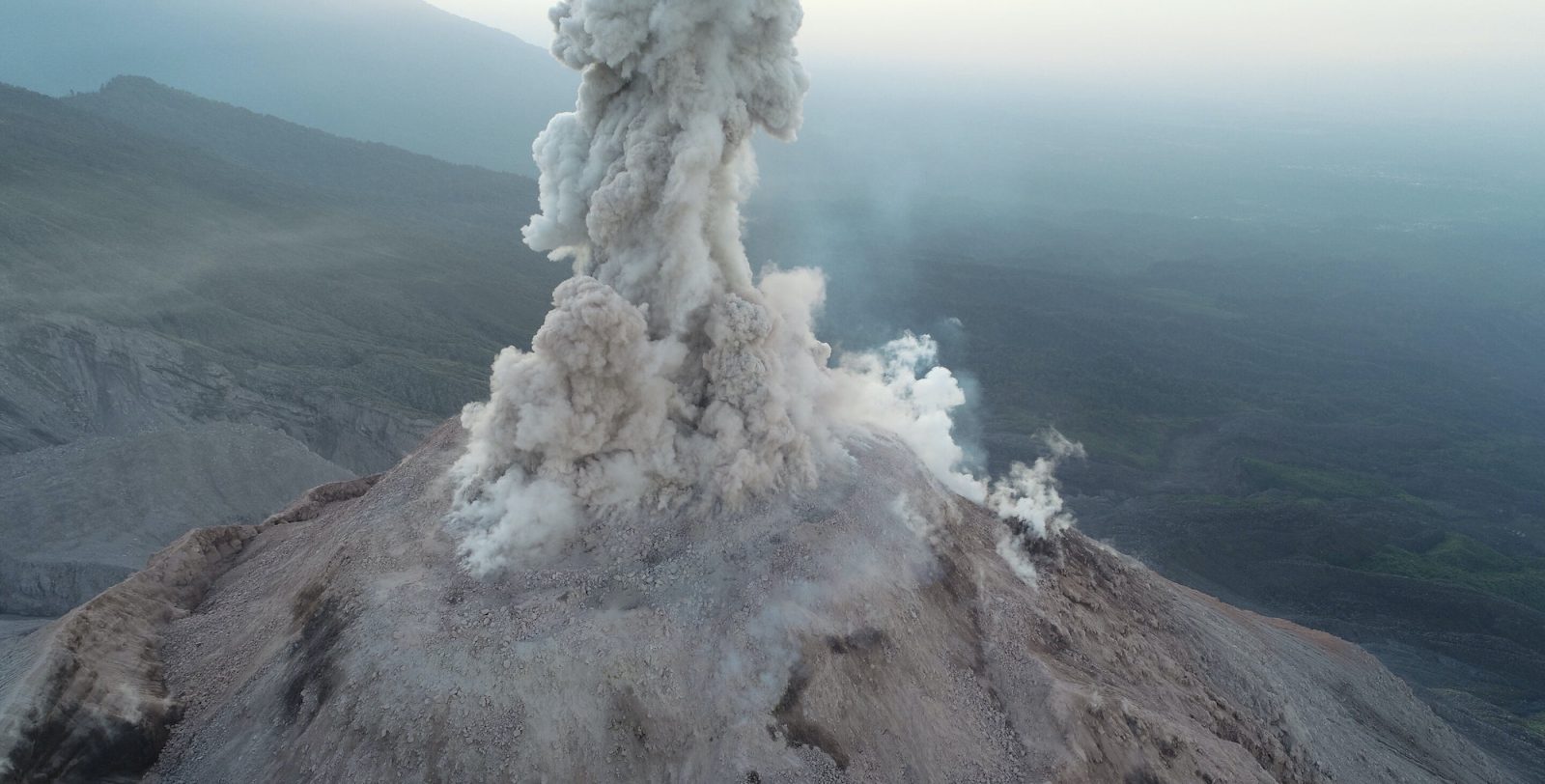 Researchers from the German Research Centre for Geosciences, known by the German abbreviation GFZ, recently revealed amazingly detailed data from an active volcano using drones with visual and thermal-imaging cameras. Their study of the Santa Maria volcano in Guatemala appears in the journal Scientific Reports.

The team was studying a lava dome, a viscous plug of lava. With their drone flights they were able to understand two types of flow at the volcano: slow expansion and growth of the dome and fast extrusion of viscous lava.

Although they were not flying a stereo camera, the researchers made use of special algorithms to covert the images they collected into a 3D model of the volcano. The thermal imaging camera collected data to create a temperature model of the structure. The models are accurate down to a few centimeters.

“We equipped a drone with different cameras,” says Edgar Zorn from GFZ, the first author of the study. “We then flew the drone over the crater at various intervals, measuring the movements of lava flow and a lava dome using a specific type of stereo photography with a precision never seen before.”

The data helped researchers determine the flow velocity, movement patterns, and surface temperature of the volcano. Those factors are key for predicting the danger of explosive volcanoes.

“We have shown that the use of drones can help to completely re-measure even the most dangerous and active volcanoes on Earth from a safe distance,” says Zorn.

Once again drones are extending human capabilities in a cheap and safe manner. There was no need to fly a helicopter to capture the data, for instance, which would be expensive and put the pilot at risk. No drones were harmed in this research. But if any had been, it would be a small price to pay to keep humans safe.