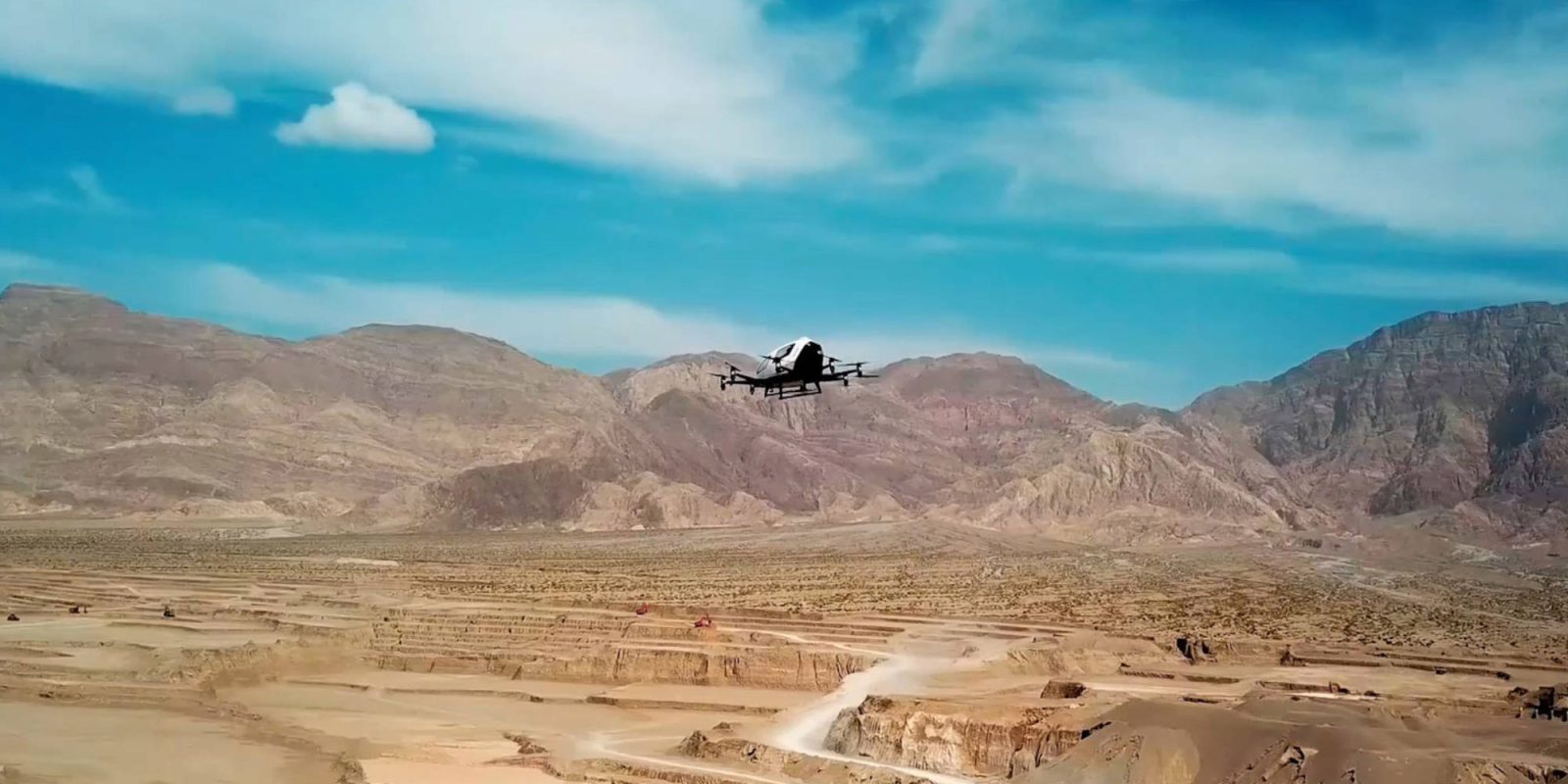 EHang is working on using its passenger drones to deliver heavy air cargo after it received the go-ahead from the Civil Aviation Administration of China (CAAC). EHang will be trailing the concept until enough data is collected to understand if the drones can be used in a larger area.

EHang will be trailing the drones in the city of Taizhou located in Eastern China. EHang’s 216 passenger-grade drone will be allowed to carry a maximum of 150kg (~330 pounds) per flight. The drones will reportedly be flying between islands and the hilltops.

The EHang 216 is capable of flying at a top speed of 130kph (~80mph) and has a cruising speed of around 100kph (~62mph). The 216’s batteries allow the drone to stay in the air for around 21 minutes, and the craft is capable of flying in winds of around 70kph (~43mph). The EHang 216 is built with redundancy in mind to ensure that if anything goes wrong, the drone is still able to land safely.

EHang hopes that the approval of its logistics drone system will forward the development around the world of similar projects and lays the foundation for regulators to work closely with the company to introduce a “coordinated, supportive, and sustainable regulatory environment.”

Be sure to watch the video below as it shows a few of the safety features of the drone being tested in real time, along with a short message from EHang and CAAC executives.

Earlier this month, we shared the news that EHang will be partnering with hotel developer LN Holdings to create a passenger drone hotel for the first time ever. The drones will land on the hotel’s property and take visitors to popular sites around Nansha, Guangzhou, such as the Canton Tower, Beijing Road, and the Pearl River.

What do you think about all that EHang is doing with its drone technology? Let us know in the comments below.