Drones could soon use transport networks to save energy 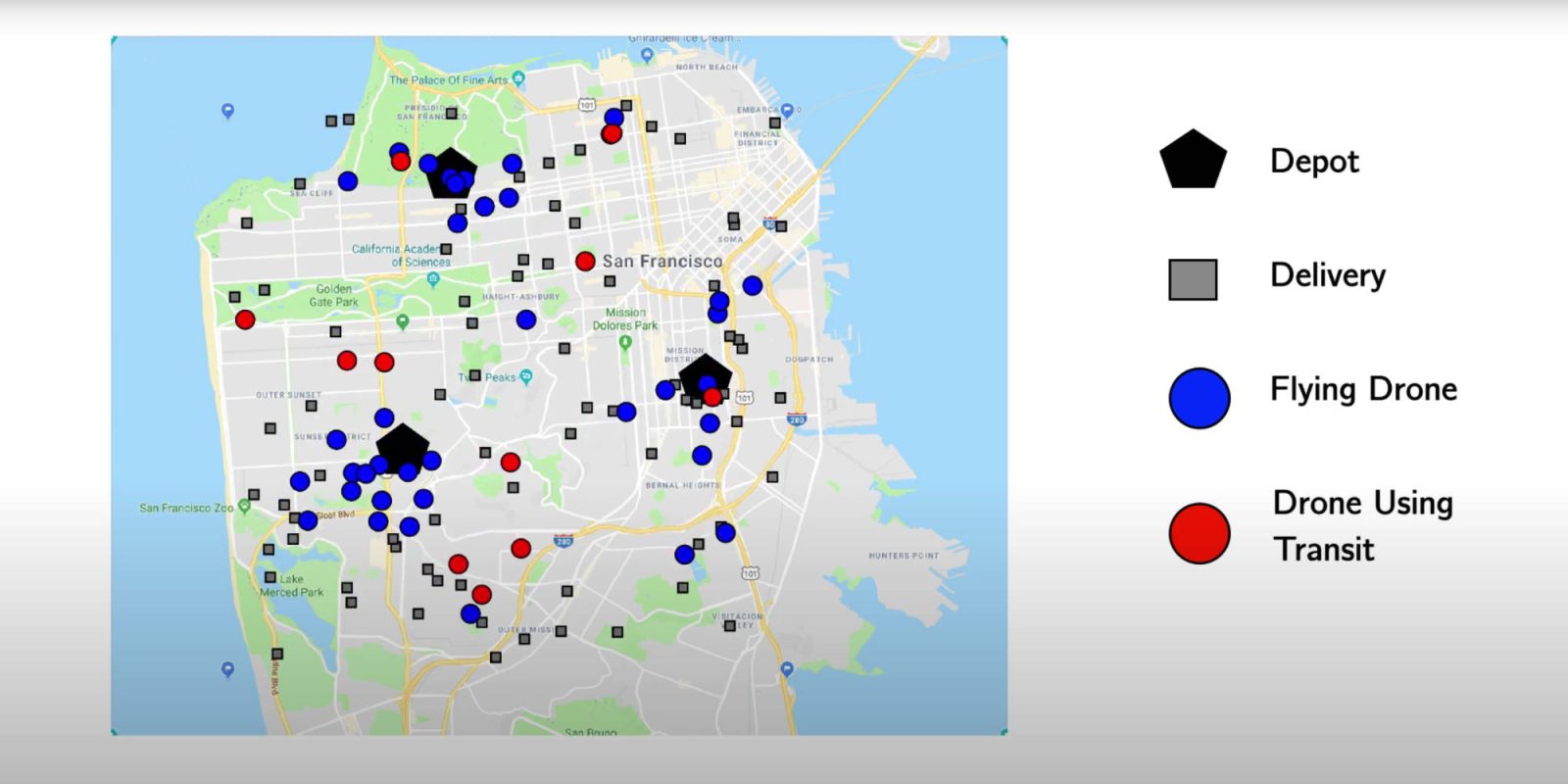 Researchers from Stanford University are working on new ways drones can transport goods in urban areas, using current transport networks such as buses. This possibility for drone deliveries could see them happening even faster while addressing one of the biggest issues delivery drones are facing.

The researchers at Stanford are looking at ways to fix the big issues drones have when it comes to efficiency, the max load they are capable of. Currently, most delivery drones in flight today are only able to take one package per flight usually consisting of nothing bigger than a small shoebox in size.

Stanford looks to fix this by utilizing already built infrastructure to allow the drones to ‘ride the bus’ for parts of the journey to save energy. The research team took a look at the bus networks from San Francisco and Washington DC. The framework was able to compute usable solutions within a few seconds. The team also found that the drones traveled up to 360% of their flight range on the transit networks.

The abstract for the project can be found below with the rest of the paper being available on arXiv.org.

We consider the problem of controlling a large fleet of drones to deliver packages simultaneously across broad urban areas. To conserve energy, drones hop between public transit vehicles (e.g., buses and trams). We design a comprehensive algorithmic framework that strives to minimize the maximum time to complete any delivery. We address the multifaceted complexity of the problem through a two-layer approach. First, the upper layer assigns drones to package delivery sequences with a near-optimal polynomial-time task allocation algorithm. Then, the lower layer executes the allocation by periodically routing the fleet over the transit network while employing efficient bounded-suboptimal multi-agent pathfinding techniques tailored to our setting. Experiments demonstrate the efficiency of our approach on settings with up to 200 drones, 5000 packages, and transit networks with up to 8000 stops in San Francisco and Washington DC. Our results show that the framework computes solutions typically within a few seconds on commodity hardware, and that drones travel up to 360% of their flight range with public transit.

The approach Stanford is working on is a two-layer approach, consisting of the upper layer, which is used for task allocation and the lower layer being for multi-agent pathfinding.

The upper layer’s job essentially takes the location information of the depots and packages and the estimated time the drone’s travel time and computes the data outputting a solution. The solution consists of the package being assigned to a depot and a delivery drone along with each of the drones being assigned with a sequence of deliveries.

The lower layer takes the transit network and the drone start and goal locations from the upper layer and generates a detailed set of routes for each of the drones to follow within the system restraints and the transit timetable.

What do you think about drones taking a ride on already existing infrastructure, such as a bus network to make deliveries more efficient? Let us know in the comments below.