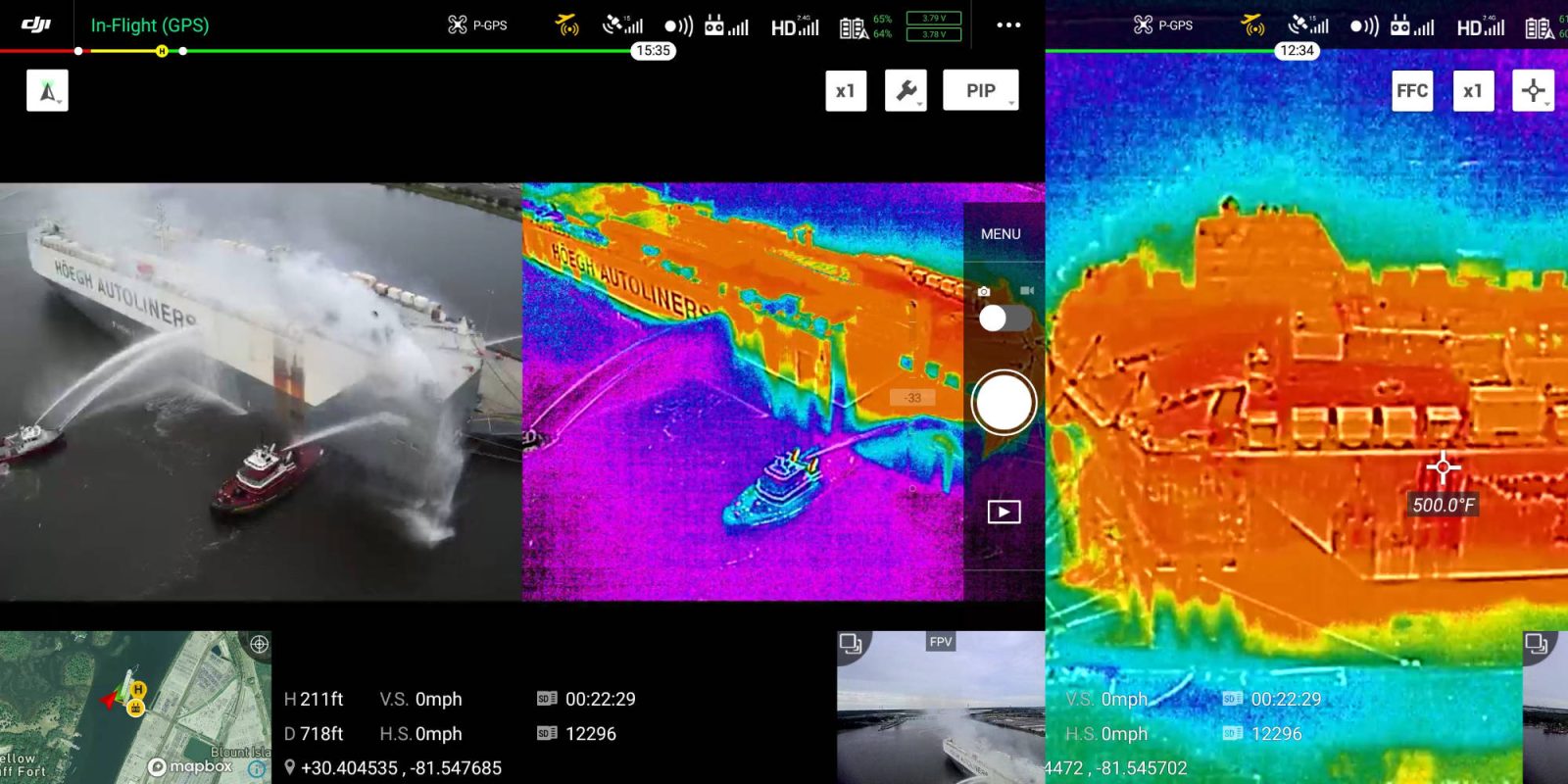 The M/V Hoegh Xiamen, used to transport cars and other machinery around the world, caught fire last Thursday after the ship was loaded. All crew managed to escape without injury. The fire crew fighting the fires, however, were injured by an explosion while putting the fire out, with three remaining in hospital.

It’s believed that after the doors were closed by the firefighters shortly after, there was an explosion that injured eight of the 120 firefighters that were deployed to fight the fire. Firefighting tugboats along with firetrucks are pumping around 25,000 gallons of water per minute onto the exterior of the ship.

From the images posted to Twitter by the Jacksonville Fire and Rescue Department (JFRD), we are able to see the exterior of the ship reach around 500 degrees Fahrenheit where the fire was directly behind the outer wall.

Curious about the technology we are using… drones with infrared cameras, measuring the temperatures faced, directing the streams to the hottest areas to maintain ship integrity… #usingtechnology @CityofJax @FirehouseNews pic.twitter.com/SRuydlorPB

Here are a few more images of the boat being blasted with thousands of gallons of water to cool it down and ensure the fire doesn’t reignite.

What do you think about drones being used to support firefighters? Let us know in the comments below.