Got a flat tire? Get a new one delivered by drone 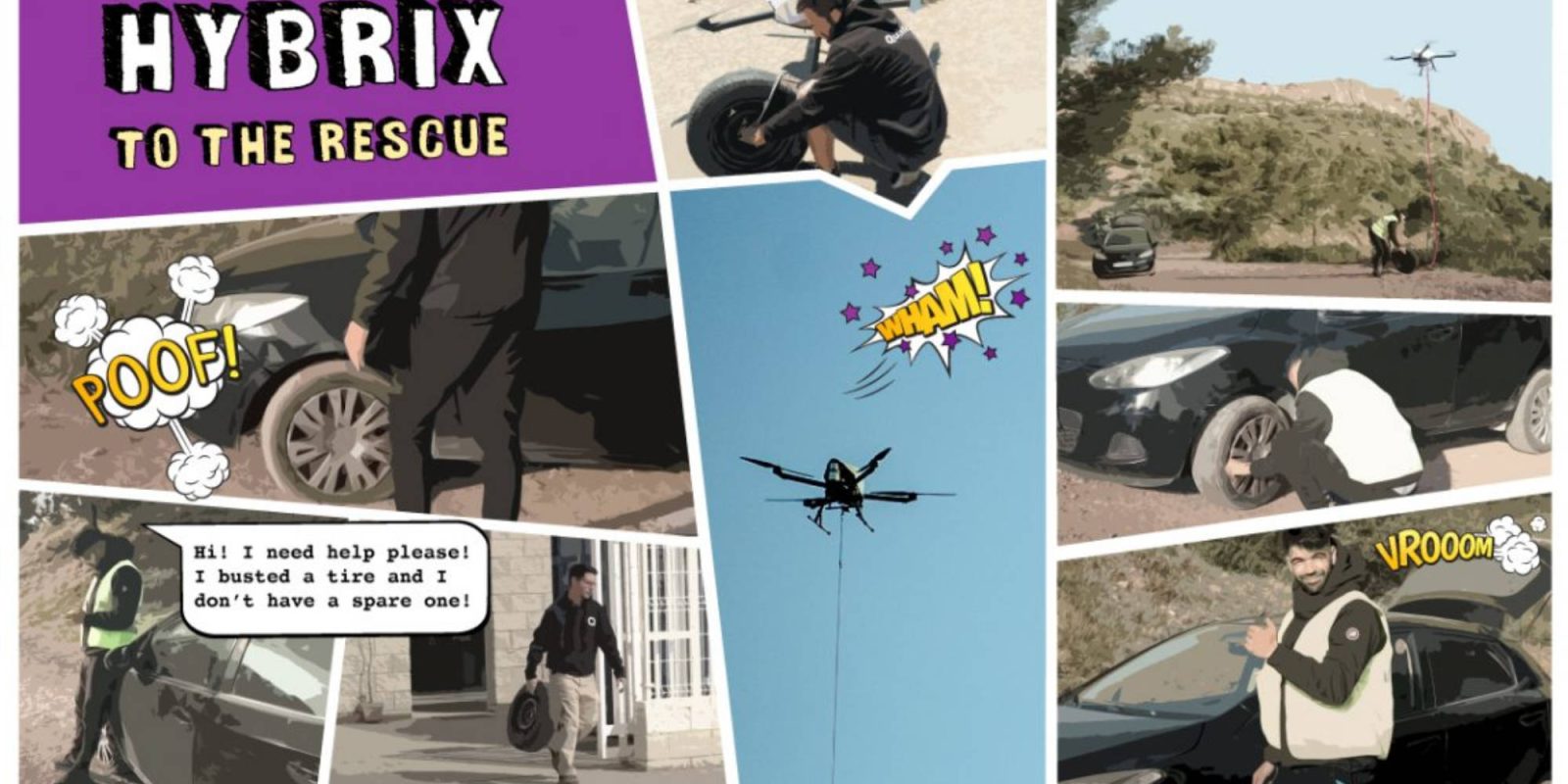 Quaternium Technologies has released a video showing off a potential use for its long-endurance drone by delivering a spare tire in a fraction of the time standard roadside assistance is able to get to you. The drone was able to deliver the spare tire within minutes of the text being sent.

While the video uses a broken-down car as the main subject around the drone delivery, Quaternium Technologies is only using it as an out-of-the-box example of what its drones are capable of doing for its clients.

The video shows a guy driving his car when one of the tires suddenly blows out. He then checks for a spare tire that he doesn’t have. The guy texts his local mechanic who prepares the tire and attaches the drone with a rope. The drone then flies to the the broken-down car where the guy takes the tire and attaches it to the car, allowing him to get to his picnic.

The HYBRiX 2.1 has a flight time of two hours, thanks to the hybrid design of the drone along with the fast refueling capability. HYBRiX 2.1 also has removable arms making for easy transportation and faster repair times to get the drone back up in the air, as only the damaged arms would need to be swapped out.

The HYBRiX 2.1 has a maximum payload capacity of 10kg (pounds) and a maximum speed of 60km/h (mph) with a cruise speed of 50km/h (mph). The drone has a two-stroke engine that uses a combination of 95 octane fuel and 4% oil mix, while the batteries are normal LIPO 6S cells.

Earlier in the year, the company was able to beat the world record by flying a drone continuously for eight hours and 10 minutes. The drone was only hovering in the same spot for the duration of the flight, but an impressive flight time nevertheless.

Would you want your roadside assistance to come to you by drone? Let us know in the comments below.