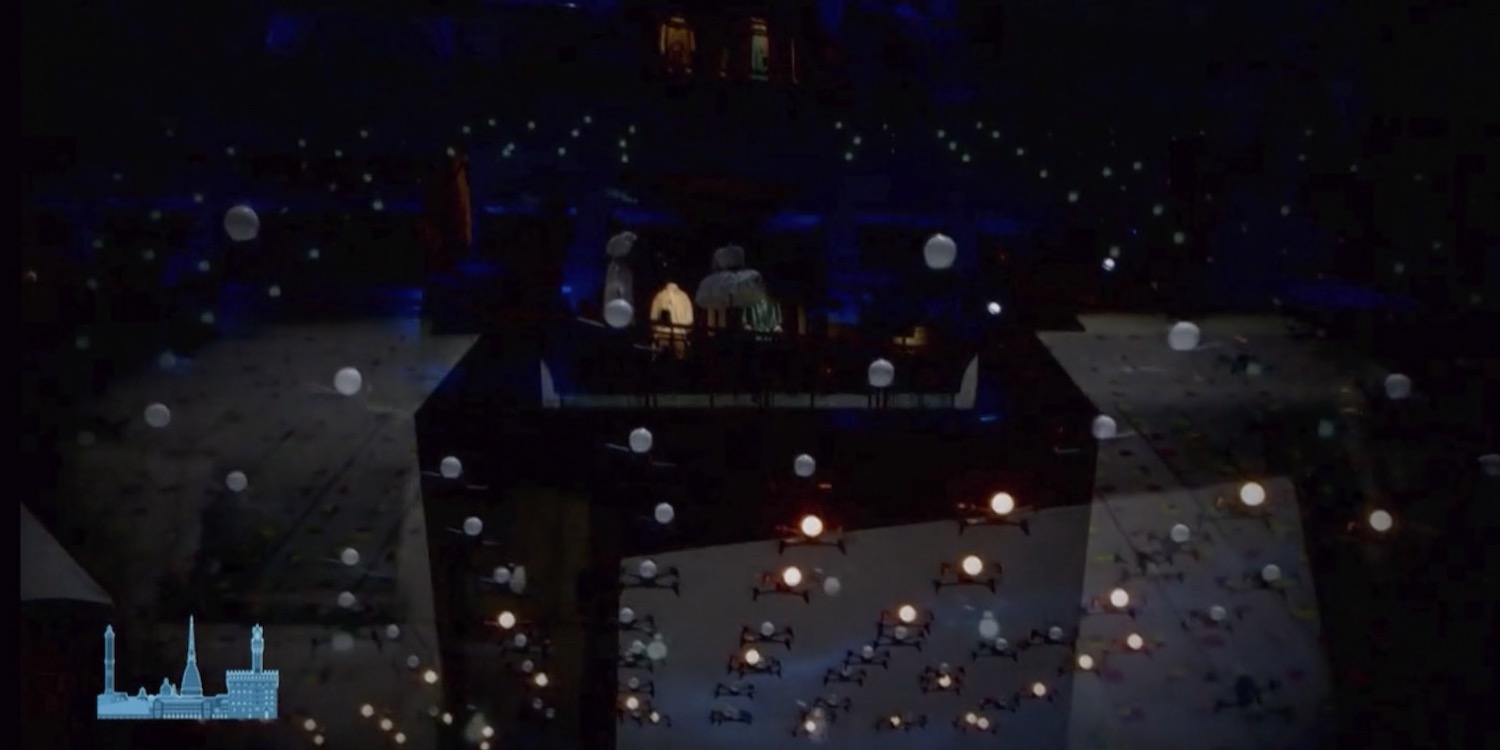 One of the leading companies providing choreographed drone light shows has established what is says is a new world record. Dronisos just flew 200 synchronized drones during an indoor performance, besting the previous world record of 160.

The light show took place on June 24 in Italy, as part of celebrations for the San Giovanni festival. The event was televised live throughout the country.

Dronisos is one of the world leaders in providing indoor and outdoor drone shows, a spectacle that has become increasingly popular. Companies like Intel and eHang have raised the profile of this blend of art and science by staging increasingly elaborate displays like this one. Drones can provide displays arguably as impressive as fireworks, but without the noise and environmental impact. Drones can also be flown closer to spectators and create elaborate patterns and shapes that morph in the air.

On its website, Dronisos explains that it is capable of flying up to 1,000 drones at a time in an outdoor space. The company also has a video compilation page, highlighting some of the many projects it has carried out. It’s flown in France, Britain, the United States, the Middle East, and even once created the illusion of flying Oreo cookies for a promotion:

The company flies a number of different models of drones, including those manufactured by DJI and Yuneec. But the drones made by Parrot, says Dronisos, are its favorites. “We deeply modify Parrot drones hardware and software in order to make them perfect for drone light shows,” says the company’s website. For example, it has altered the Parrot Bebop 2 to become something Dronisos calls the Zephyr — weighing 550g and with a flight time of up to 25 minutes. For some indoor flights, it uses a tweaked Parrot Mambo (renamed by Dronisos as Helios), which weighs in at a scant 75 grams and is good for a five-minute flight.

Of course, getting a swarm of drones to behave in precise patterns requires more complex programming than dialing in waypoints. Part of the secret is that Dronisos sets up beacons around the area where a performance will be held. Those beacons transmit signals picked up by a special “tag” that’s been added to each drone, which then relays the precise position of each UAV in space. That allows the overall programming software to constantly ensure each drone is precisely where it’s supposed to be during a performance.

The process is explained, at least partially, in this Dronisos video:

So it’s clear, this team has been at this business for some time.

What’s that? You want to see the record-setting flight?

If you’d like to get a quote for your own drone show, be sure to give Dronisos plenty of lead time and let the pros help you decide on a package. As their website states: