500 drones light up the skies above China’s Canton Fair 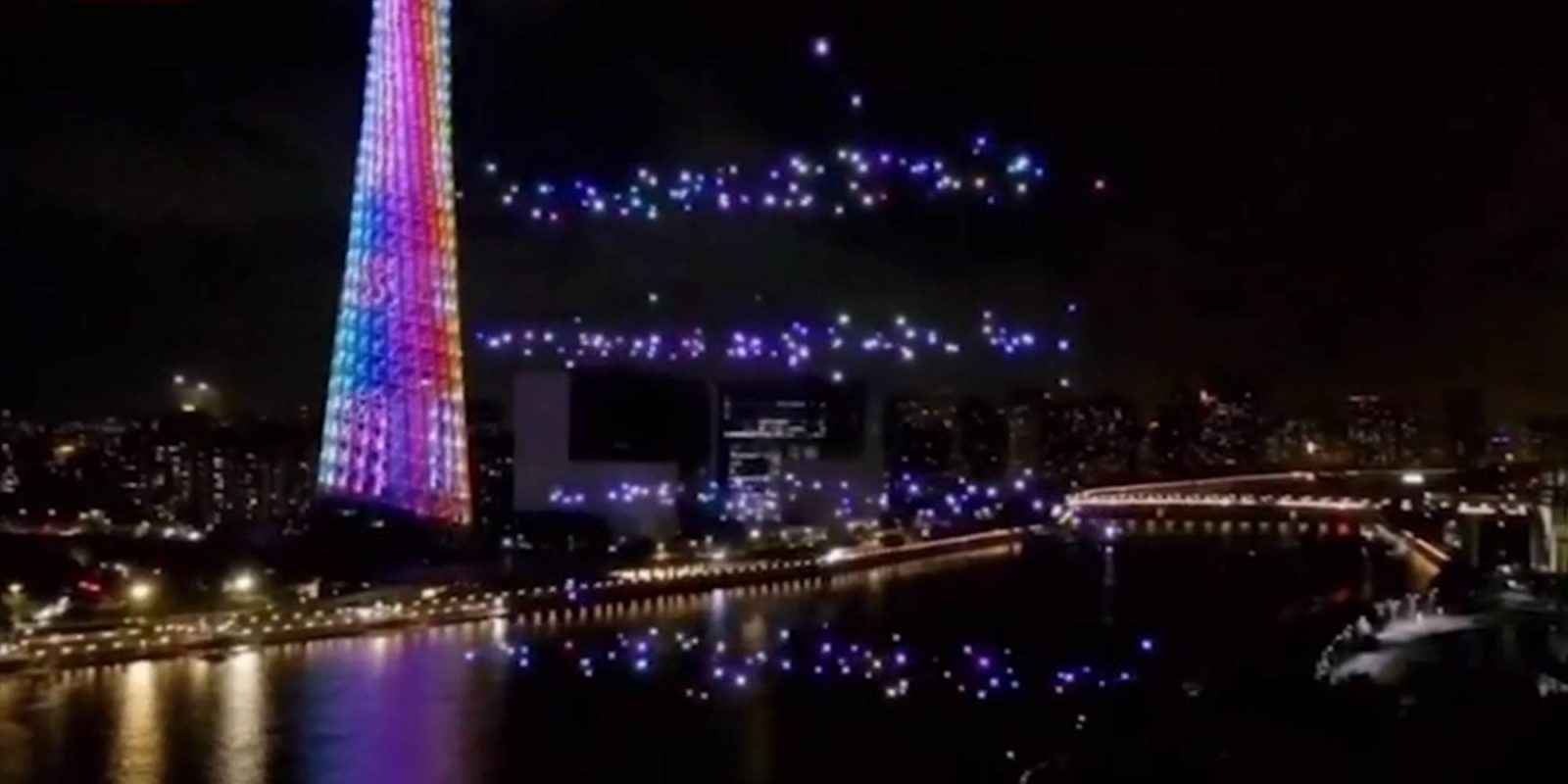 500 drones lit up the night sky in China‘s Guangdong Province on Monday as the Canton Fair opened up. The Canton Fair, also known as the China Import and Export Fair, is the largest trade fair in China. This year around the fair is being held online due to the COVID-19 pandemic.

The Import and Export Fair or Canton Fair is held every spring and autumn in Guangzhou, China. The fair is the largest fair with the broadest variety of products that you are likely going to sell. The 10-day fair brings buyers from around the world to source products and allows companies to build manufacturing partnerships both in and outside of China.

The video looks to be captured by a drone and starts off with the 500 drones in the light show raising up in four distinctive layers to begin the show. The drones then begin making shapes in the sky, including the Chinese flag, “I Love Guangzhou,” and then the word EHang.

At the end of the drone show the word EHang was formed, it is almost certain that the company behind the show was EHang itself. EHang’s light-show system is capable of flying over 1,000 drones at a time with the drones getting as close as 5cm to each other. The drones used are custom-made GD2.0X drones that share much of the same design as the EHang Ghost Drone with the same bottom facing propellers.