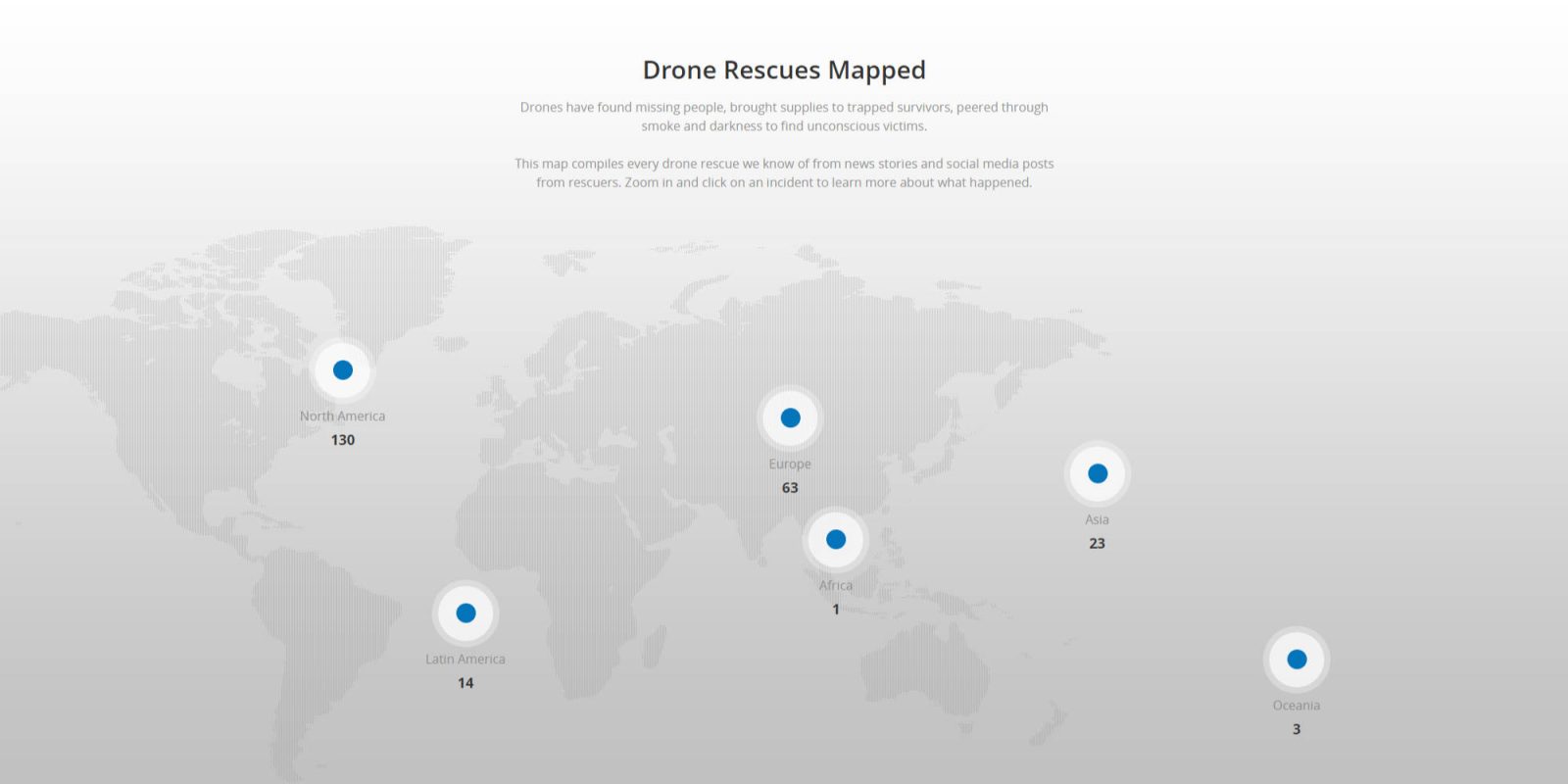 DJI has just released an interactive map of rescues that were assisted by drones across the world. The map has been created using social media posts and news stories from police departments, fire departments, and volunteer rescue squads.

DJI has just released its drone rescue map to the public in an effort to share how drones are being used in search and rescue missions around the world. The map shows rescues from 27 countries across five continents with the first rescue being recorded back in 2013 in Canada. Today, drones are reported to be involved in around one rescue per week.

The map includes everything from drones helping find a missing person in a forest to drones dropping life preserves to those struggling in water. Rather than sharing all rescue missions that a drone was present in, the map only shows instances where the drone located, rescued or assisted the person directly.

Romeo Durscher, DJI Senior Director of Public Safety Integration had the following to say on the drone rescue map and how it displays the good side of drones.

“The DJI Drone Rescue Map is now the best global reference for how effective drones are in emergencies, and allows the world to see the tremendous impact drones have had in finding lost people, shortening searches, reducing risks to rescuers and saving lives. Public safety workers already know how drones are revolutionizing their work, and now the rest of the world can see their amazing stories in one place. The DJI Drone Rescue Map honors the incredible rescues they’ve made, and will allow everyone to see how drones help save people in the future.”

Do you have a rescue mission where a drone helped in some way? You can share it with DJI by filling out this form to get it added to the map. What do you think about the interactive map from DJI? Let us know your thoughts in the comments below.