Is the Mavic Air 2 the best drone for you? Not necessarily 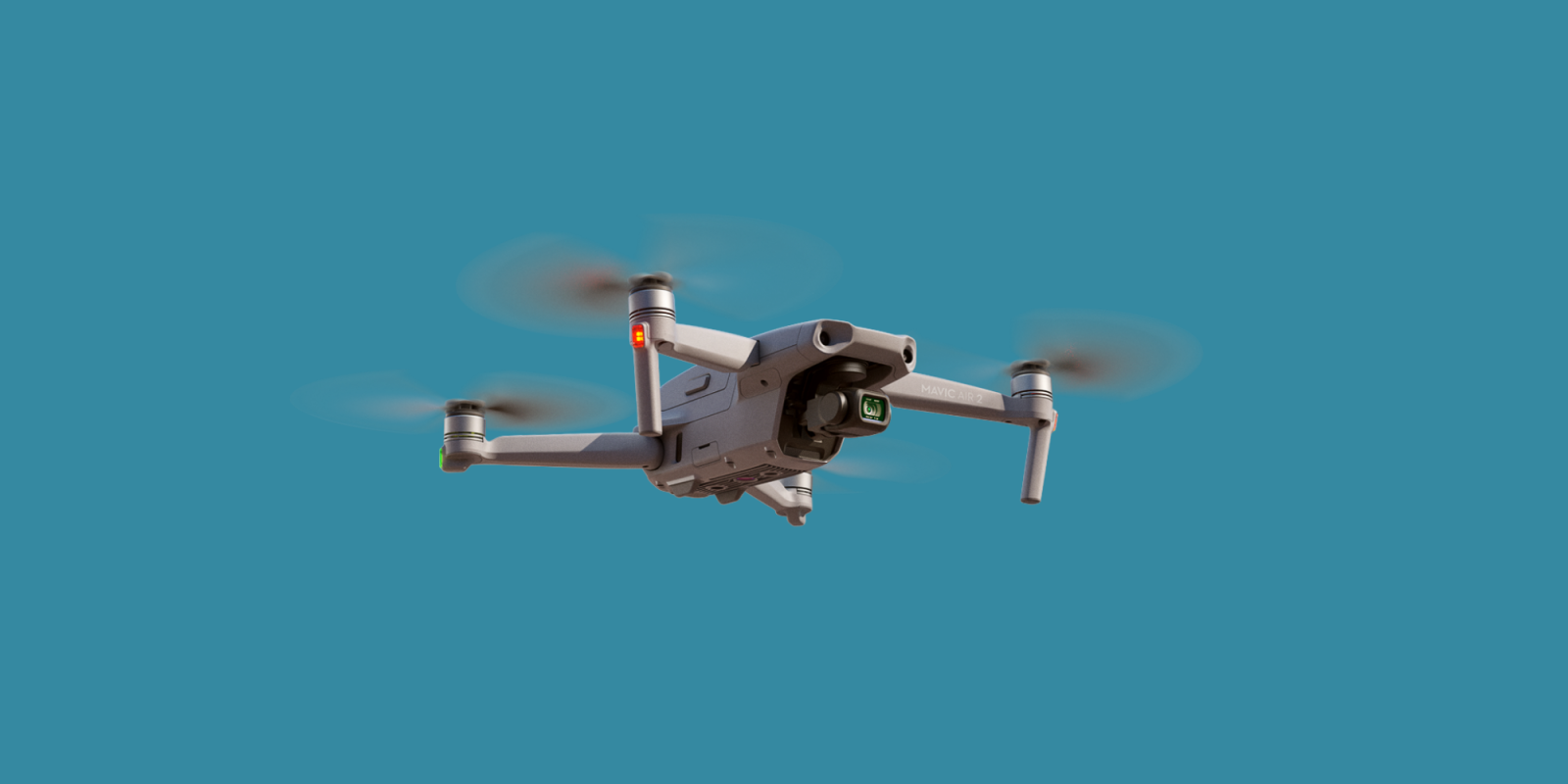 The Mavic Air 2 has gained a lot of attention — and a lot of new owners — since its release earlier this year. Many have described it as near-perfect given its feature set and relatively inexpensive $799 price point. But is this the right drone for you? Well, that depends.

The Mavic Air 2 caught a lot of attention when it landed. And really, what’s not to love here? The drone costs $799 and does an absolute ton of things very well. It has multiple intelligent and tracking modes, shoots 48-megapixel stills, and has an incredible range of 10 kilometers. Using OcuSync 2.0, this machine streams back 1080p video to the pilot throughout that entire distance. Crazy.

There are other features that, while less visibly apparent, also contribute to an elevated user experience. For example, reduced weight and other optimizations mean speeds of up to 68kmh in sport mode and battery life of up to 34 minutes. Forward, backward, and downward vision sensors help protect pilots from crashes, and the 2.4/5.8GHz dual-frequency communication means the systems are constantly looking for the data path of least resistance — allowing the systems to avoid interference before it becomes an issue.

This is all before even touching on the pre-programmed intelligent flight modes, 8K HyperLapse, or the ability to quickly program a path that will result in a sweeping cinematic video with smooth transitions from one waypoint to the next. In short, this thing does it all.

While DJI’s Mavic Air 2 does so many things so very well and is a great all-rounder, there are instances where this may not be the drone for you.

Making videos for YouTube or clients? Well, if your client is looking for video for a real estate advertisement, this drone will more than do it for you. But don’t be fooled — there’s a significant difference in quality between what you can capture with a Mavic Air 2 and what you can bring in with an Inspire 2 with an X7 camera mounted.

The level of detail, dynamic range, and color accuracy you can obtain with an Inspire 2 (or, say, a heavy-lift drone mounted with a current DSLR or mirrorless camera of your choice) is going to greatly exceed what you can do with the Mavic Air 2. What’s more, you have the option of having a separate pilot and cinematographer, operating master and slave remote units. There’s also a certain sweeping quality that just somehow seems *smoother* when dealing with a larger rig like this.

Of course, not everyone has the coin for an Inspire 2 kit. And that’s where the Autel Evo II comes in. This machine offers a modular camera system and the choice of three camera modules. The Evo II comes with a 1/2-inch sensor + 8K-video, while the Evo II Pro offers a 1-inch sensor + 6K-video. Finally, there’s the Evo II Dual, which combines a 1/2-inch, 4K video sensor plus a Thermal IR Camera (Evo II Dual).

Some clients will want to future-proof any video by shooting 8K master files. But it’s worth noting that this drone itself is somewhat future-proofed. With the possibility of future camera modules and firmware upgrades — the Evo II comes with the ability to upgrade its imaging prowess down the road.

Obviously the Mavic 2 Zoom/Pro present a nice middle ground on camera quality but an imminent update there and we can’t recommend buying this particularly when the Air 2 is $500-800 cheaper.

When you really need tracking

Tracking a subject while avoiding obstacles requires a lot of processing power. It’s not enough to just maintain a lock on tracking; the drone has to fly smoothly — even when obstacles unexpectedly pop up. And while the Mavic Air 2 offers improvements in the tracking department, it simply cannot compare with the silky-smooth tracking experience offered by the Skydio 2.

Video from the Skydio 2 when tracking a subject looks superb — almost as if it’s being flown by a cinematographer pilot. With computing power capable of 1.3 trillion operations per second, Skydio 2 brings unmatched AI to the drone game for $200 more than the Mavic Air 2.

It’s not for everyone. But if tracking subjects moving through the woods or on complex routes that might lose more basic tracking abilities, the Skydio 2 is an option. Plus, for those doing repetitive tasks like inventory management or security sweeps, the Skydio 2 can climb into its own charging station between flights, making for a highly autonomous system.

Planning on shooting subjects on water? Swimmers, sailors, wakeboards? We can’t blame you. There are some gorgeous shots to be captured when flying over lakes, streams and oceans.

But there are also risks. Who hasn’t seen a video of someone plunging into the water with a drone that was not designed for that purpose? Or chasing to catch a drone *just* in time?

If you’re going to be around water…prepare for the possibility your drone will take an unwanted dip. And to protect yourself, you might want to consider a product built specifically for this purpose. The SwellPro SplashDrone 3+ is a professional purpose-built waterproof drone. It doesn’t have all of the tech that the Mavic Air 2 does, but this machine is made to get wet. Multiple iterations are available.

In this case, the word “lightweight” is actually a compliment. It means a drone that comes in under 250 grams, thereby avoiding certain federal regulations. You can fly drones in this weight category without a license, and can operate in areas where there are people around without posing the same risk as a heavier unit. They can also be useful for flying indoors, improving piloting skills, or capturing difficult shots that might be risky to attempt with a larger machine.

The two drones that hit the sweet spot here are the DJI Mavic Mini, ($399)weighing in at 249 grams, and the Trello. The DJI Mavic Mini is like a scaled-down DJI product, benefiting from the expertise with stability, flight time, gimbals and imaging that we’ve come to expect from the manufacturer. It’s great for what it does, but you’ll get better stills, video, range and stability with the Mavic Air 2.

The other option doesn’t really belong here, but we’ll toss it in. That’s DJI’s Tello. At $99, 720p and limited flight time, this isn’t a drone that can compete in any way with the others in this article. It is, however, a tremendous learning tool that can be used to help learn the basics of flying – and coding – at a very low price. Pick one up and work on your reverse orientation piloting skills.

Also, it is probably the only drone here we can recommend flying indoors.

There’s been noise lately — some of it generated by DJI’s competitors — that the company’s Chinese-made drones might somehow compromise your data. There’s no evidence this can happen, and the company has been put in the position of having to fight against an accusation that just won’t go away — despite evidence to the contrary. It’s unfortunate and, in our view, somewhat unfair.

But the reality is that some clients might ask that you use a drone made in the USA and featuring additional data security features above and beyond what other manufacturers are offering. On June 30, Parrot launched its Anafi USA model, a $7,000 US unit that combines thermal imagery and a 32X optical zoom. The Boston-made drone also features numerous other data protection features, including high-level encryption of any imagery captured to its SD card. Even if someone managed to steal this drone, they would be unable to decrypt any captured data.

All that being said, DJI’s Mavic Air 2 still offers a helluva lot of features for the money. For most amateurs — and many professionals who don’t require movie quality specs — this is a cost-effective option that’s pretty tough to beat, especially at $799.

Of course, rumors abound of a Mavic 3, likely coming late this summer or early in fall. It seems likely this next-gen will improve on its predecessors, meaning better stills, videos, and intelligent features like tracking. It’s also likely that this model may well have two or three iterations available — think Pro, Zoom, etc.

If you haven’t yet pulled the trigger on a new purchase, it may well be worth the wait to see what the Mavic 3 offers before making a decision.

Or, you can get in the air now and enjoy peak flying weather. Either way, choose a drone that will meet all of your professional needs — and ensure you follow all federal and local regulations.

Did we miss anything? Was there another contender that should have made this list? Let us know in the comments!