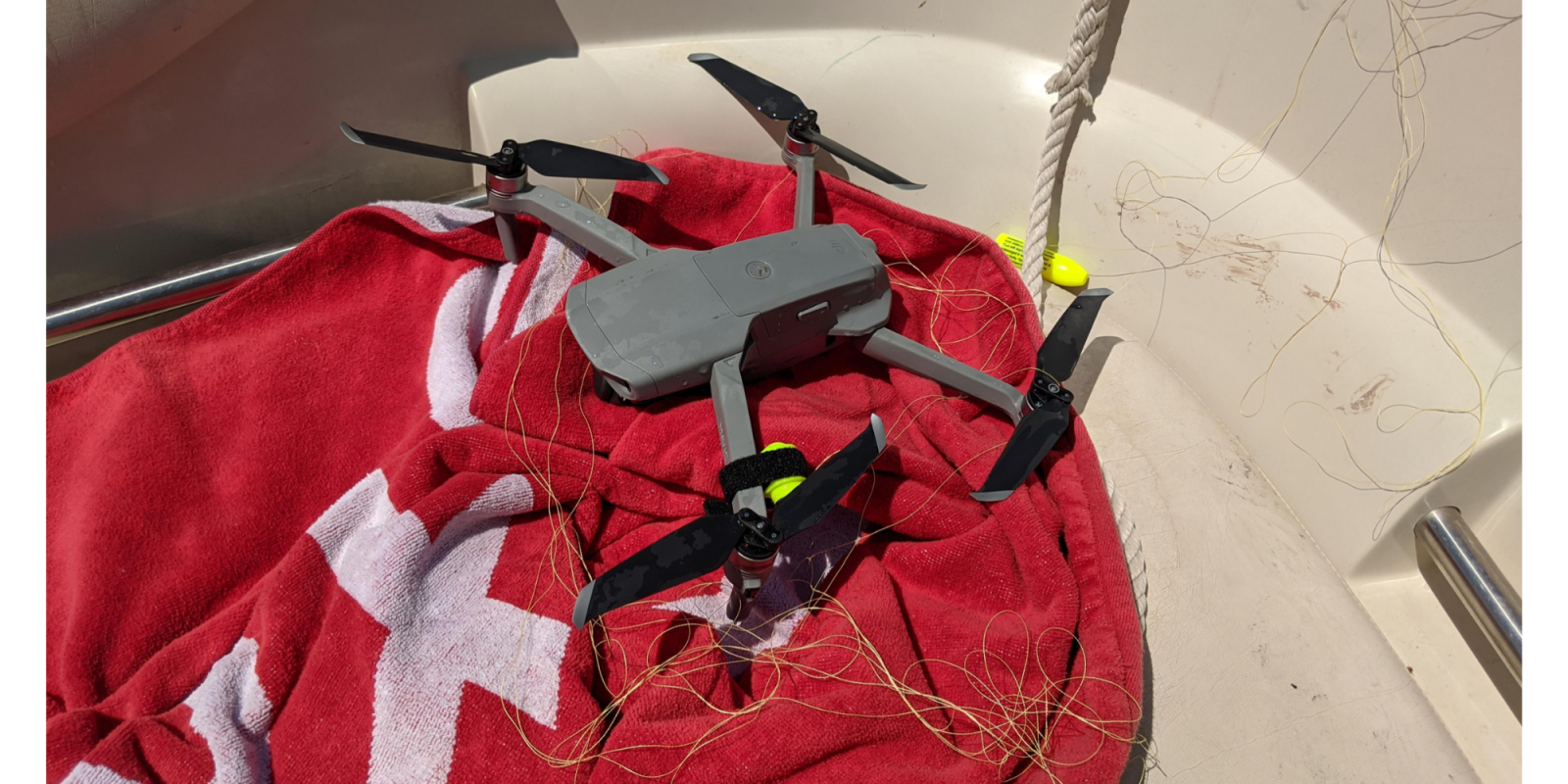 Picture this: Your nice new drone (or your nice old drone) has splash-landed and is now under 40 feet of water. It’s not a SwellPro, so it’s not built to be submerged. You need to get it out, and fast.

Watch and learn from this true-life example. It might just save your drone.

It’s a beautiful day. You’re shooting over the water. Everything is going perfectly… until suddenly it isn’t.

That’s precisely the scenario that Reddit user YingAndYangFang was in, out on a boat with his girlfriend and parents, getting ready to do some tubing. He had his Mavic Air 2 with him.

His parents had an idea. Put the drone up to capture the tubing!

My mom insisted I leave the drone out following us while I get on the tube with my girlfriend.

What could go wrong?

Well, you know Murphy’s law: Anything that can go wrong will go wrong.

And before long, that’s exactly what happened.

Why did the Mavic Air 2 suddenly plunge into the depths? Well, seems we can thank Mom (or Dad) for that one.

And of course, you can see how it might happen. Someone casually drops a towel or something, and the drone is headed for doom. You can also picture the mad scramble to try to get the drone. How deep was it? Did it go straight down? Would they be able to dive and recover it?

A lifejacket for your drone

Seems YingAndYangFang had planned ahead. He had previously purchased a GetterBack unit and had it mounted on his drone. This $39.95 product is made specifically for this kind of scenario. When the Getterback becomes immersed in water, it sends up a small float attached to 100 feet of Kevlar filament. But would it work in this case?

Luckily after a few minutes of heart-racing panic, we found the float for the GetterBack and was able to pull the drone up from the lake floor.

That was lucky, and explains why all the fishing line is there around the drone. By the way, if you’re wondering what went on underwater, this older video from GetterBack explains it all:

As the GetterBack descends below six feet, water enters through a specially designed check valve and activates the non-toxic reactant. This reaction produces CO2 gas which builds pressure inside the GetterBack until it reaches 30 PSI above the surrounding water pressure, at which point the float section is deployed. As the float section rises to the surface, it unwinds the Kevlar line. Once the bright safety green float reaches the surface, it is easily spotted and retrieval of your lost Drone, fishing rod, or gear is as simple as just pulling in the line!

Very happy to hear this story had a somewhat happy ending. Apparently YingAndYangFang had DJI Care Refresh, so should be back and flying soon.