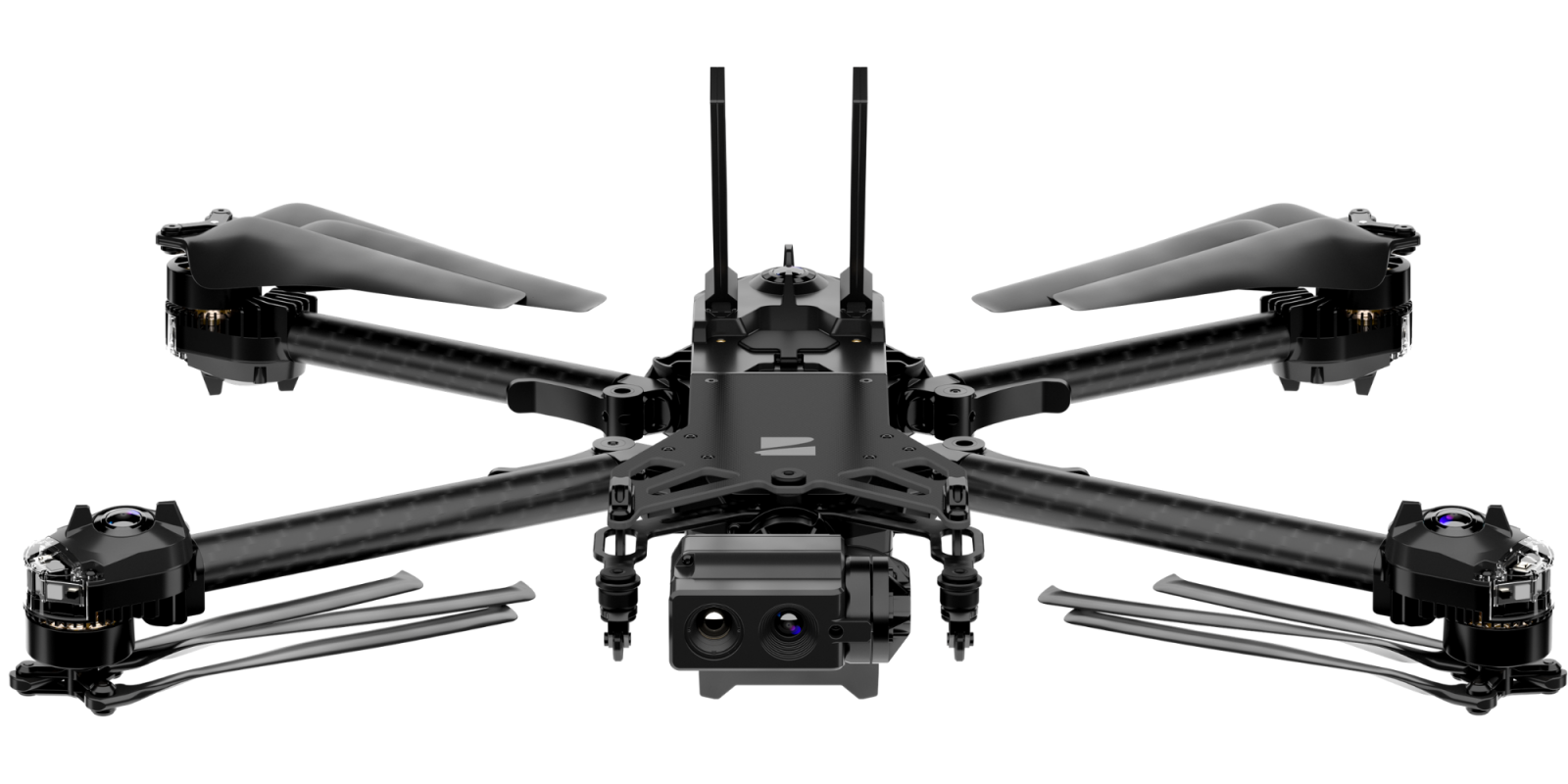 Talk about stealth: Without any advance notice, Skydio unveiled not merely a new drone, but a new *line* of drones that will compete with industrial machines produced by DJI and one just announced by Parrot. We don’t know the prices yet, but the new Skydio units are jam-packed with features, including an absolutely wild system that allows for 100X zoom. Come on in and have a look!

This truly was out of the blue. With a single post on Twitter, Skydio set the drone world buzzing with news that it was entering the commercial/industrial market with two new drones in a line it’s calling Skydio X2. These drones are purpose-built for the enterprise, industrial, and First Responder markets — and they look serious.

Wow. This thing looks serious. Folding arms, carbon fiber, beefy battery, 35-minute flights — and a crazy optical system that combines 360° view with 100X digital zoom. The operator can quickly define any point in the 360° view and then use that zoom to drill down to the subject.

The way Skydio places its motors allows all arms to fold directly inward toward the body, without any of the rotation required by two of the arms on DJI’s Mavic series of drones. This feels just a little more direct — and a little more intuitive when someone is trying to quickly deploy. The strobes, btw, can be turned on to glow continuously (think Search & Rescue, where you want lost people to follow you out), in a blinking pattern — or can be turned off completely for night flight or surveillance.

Yes, 100X digital zoom. And that zoom system is integrated with the X2’s 4k 360 view. The operator can have complete situational awareness and then pick a tiny spot to zoom in on. This is a tremendous feature that will come in handy in a huge variety of circumstances. And yes, there’s a FLIR Boson thermal camera.

Just have a look at their teaser video. This thing really does look quite impressive:

Undoubtedly we’ll have more to say about Skydio’s bold new drone, coming in Q4 of this year. In the meantime, enjoy this gallery!

What do you think of the new Skydio X2 news? Is there any feature you think is particularly outstanding? Let us know in the comments below!