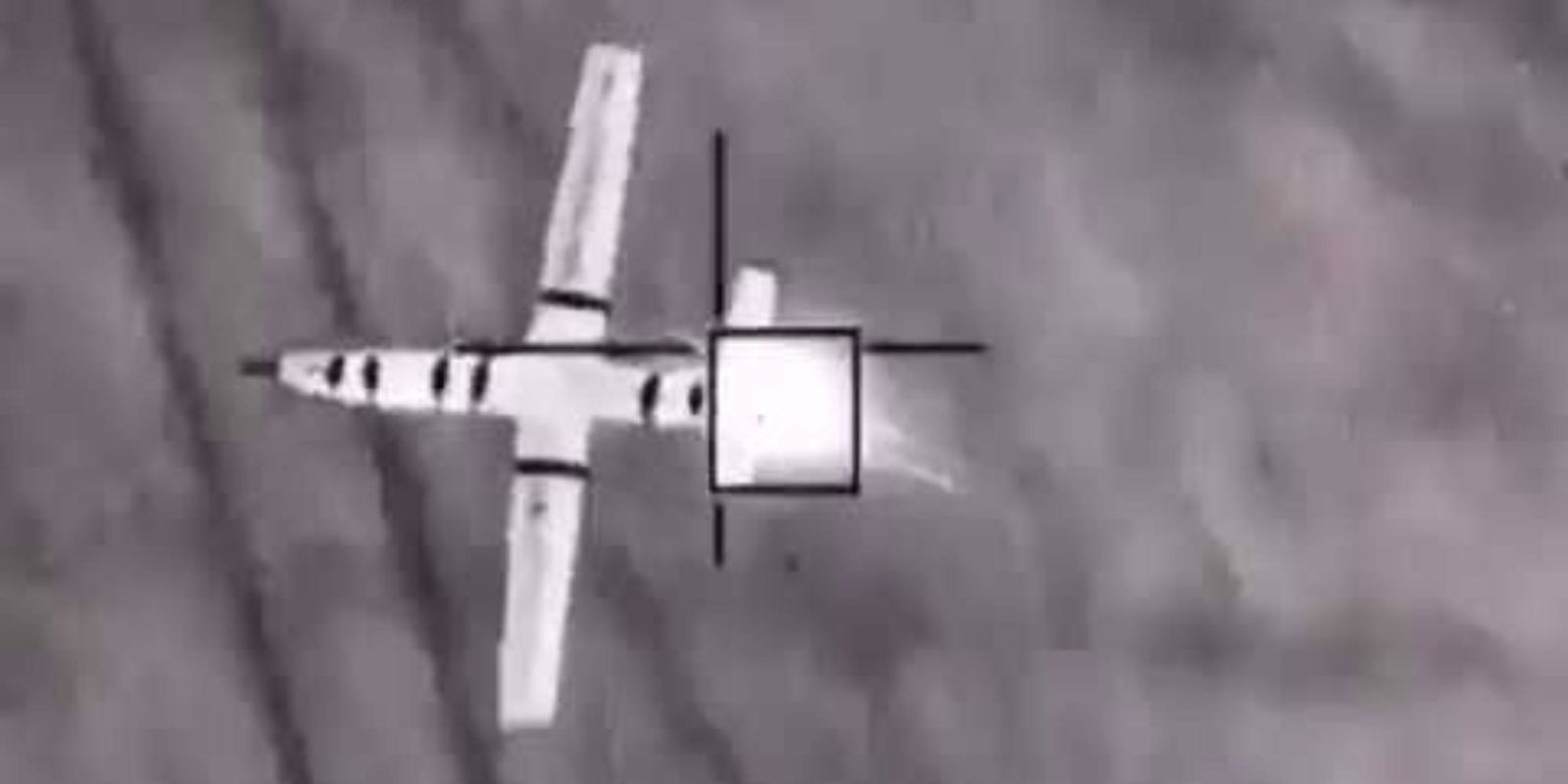 Video has emerged of what appears to be a Saudi F-15 fighter jet shooting down two Iranian drones above Yemen on July 2. The drones look to be a counterfeit model of the Israeli Hermes 450, a popular unmanned aircraft used by Israel, Mexico, and the US.

The drones captured in the video are Iran’s Shahed 129 combat drones, which are a direct copy based on reverse engineering from a crashed Israel Hermes 450 combat drone, according to various sources. Iran uses its drones in its ongoing civil war and for border patrol. The Shahed 129 is considered the country’s most capable drone.

The video was shared on the FUNKER350 YouTube channel. It appears to show an F-15 fighter jet locked onto a drone that it follows for a short time before taking the shot. What happens? Just watch.

The Hermes has a cruise speed of 80 miles per hour and a maximum speed of 109 mph. It can stay in the air for up to 30 hours, depending on the variant. The Shahed has a flight endurance of 24 hours.

The Hermes is primarily used for reconnaissance, surveillance, and communications. The Shahed fulfils the same role but can also be equipped with four Sadid-345 guided bombs for combat.

What do you think of the footage above? Let us know your thoughts in the comments below.