These drones won’t fly into one other, thanks to machine learning 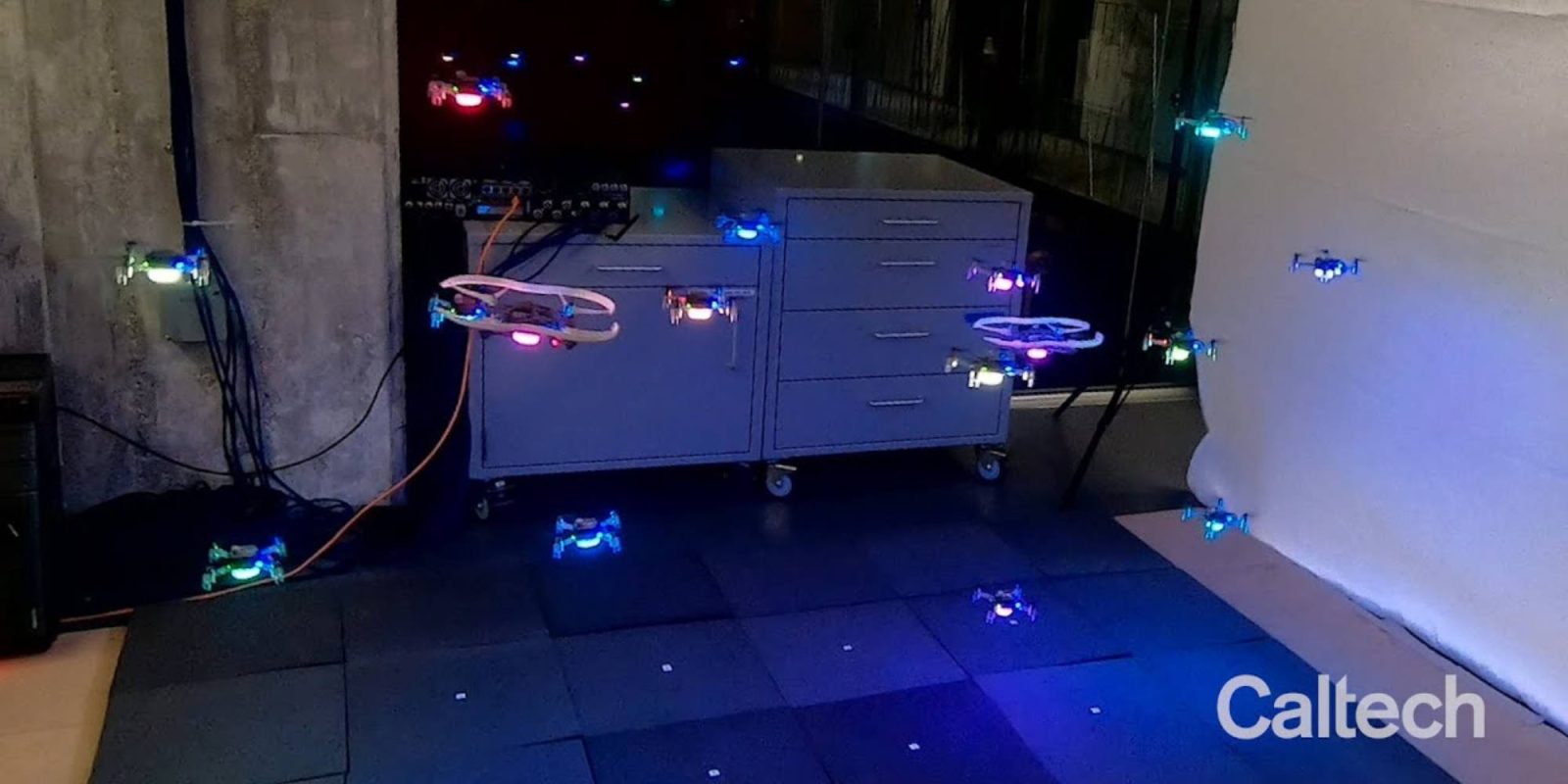 The team, led by Soon-Jo Chung and Yisong Yue with the help from Caltech graduates Benjamin Rivière, Wolfgang Hönig, and Guanya Shi, needed to take on two major challenges that arise when multiple drones are flying together..

The first is having the drones fly into a new environment for the first time and needing to make split second decisions to ensure they don’t hit each other and obstacles surrounding them. The second is having multiple drones; the more drones flying, the less space available for each of them to maneuver around obstacles and one another.

The team was able to develop GLAS, aka Global-to-Local Safe Autonomy Synthesis, which means the drones don’t need to have a picture of their surroundings before they commence flight. Rather, these drones generate their trajectory on the fly. The GLAS algorithm is used alongside Neural-Swarm, which learns the complex aerodynamic interactions in close-proximity flight.

The team tested GLAS and the Neural-Swarm with 16 drones by flying them in an open arena at Caltech’s Center for Autonomous Systems and Technologies (CAST). The tests found that GLAS was able to outperform current algorithms by 20%, while the Neural-Swarm outperformed current controllers. Tracking errors were reduced by up to a factor of four.

Yisong Yue, professor of computing and mathematical sciences at Caltech, also commented on the GLAS system.

What do you think about this method that ensures the drones don’t crash into one another mid-air? Let us know your thoughts in the comments below.