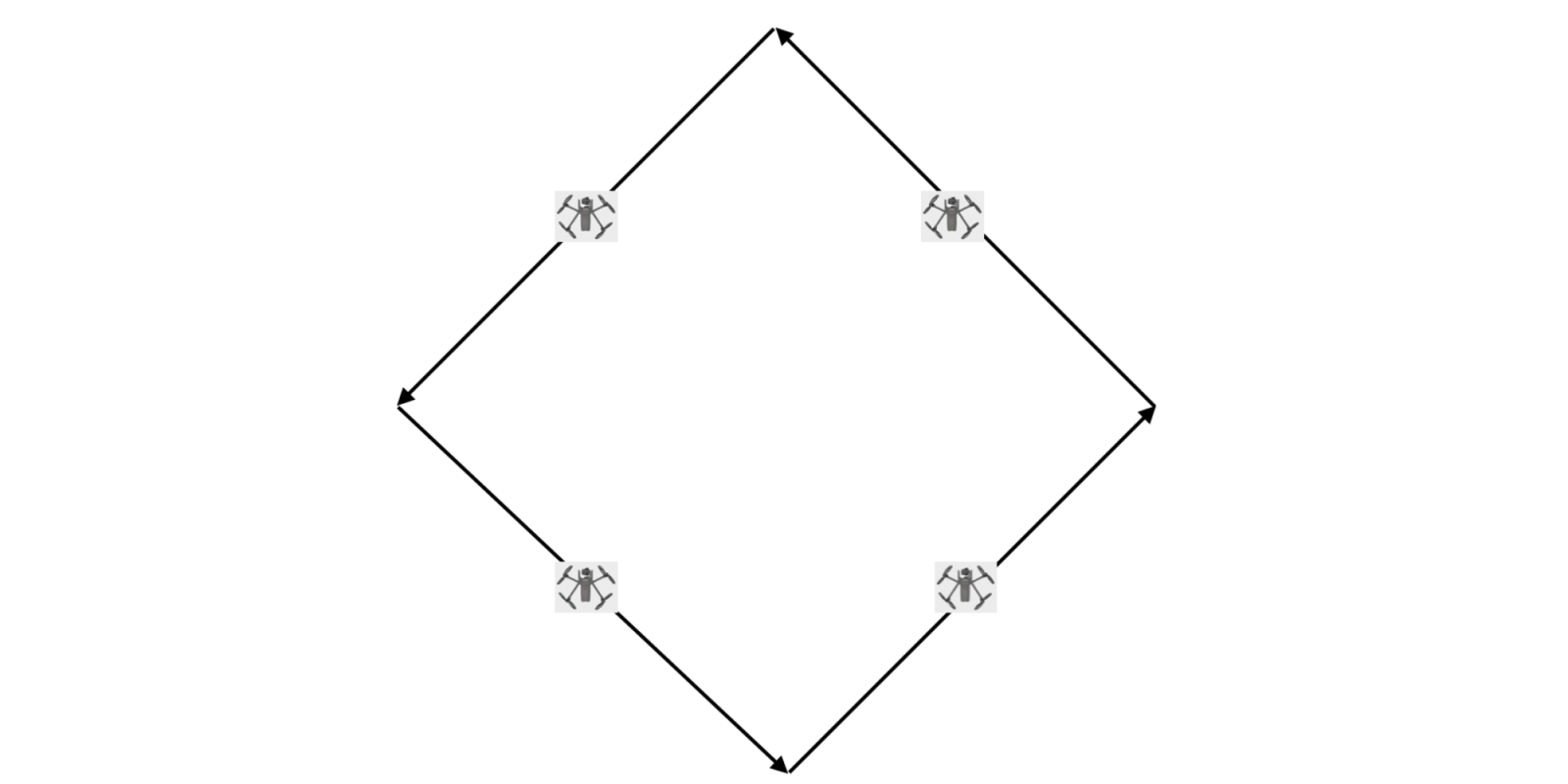 If you’re flying a standard non-racing drone like those made by DJI, Autel, Yuneec, etc., then consider flying drone pilot practice exercises like this one. If you do this and take it seriously, it can absolutely help improve your flying chops. (And if you like this, there are plenty more we can offer up.) Pilots, prepare to start your motors!

Many of us fly for the first time straight out of the box. Maybe we watch a YouTube video, or perhaps try a software simulator, but few pilots of standard drones practice flying using any sort of regimented, progressive plan to improve their flight skills. Many just learn by doing.

And that’s generally OK. Drones are so stable these days that if things go wrong, hands off the sticks for a minute will give you time to recoup and take things at a more methodical pace. Modes like Tripod allow you to slow things down so that your reaction time doesn’t have to be quite so critical.

Those features, in conjunction with obstacle avoidance, have negated progressive training as being a prerequisite to decent flying (to say nothing of drones with a headless mode). The technology of today’s products, collectively, can give even a complete beginner a sense of security that things aren’t likely to go too far off the rails. YouTube is filled with very credible “First Flights” of robots like the Mavic Air 2, with quite decent video.

But there are a number of reasons why drone pilot practice exercises for drones are important. First of all, they help to really make stick moves and expected responses become second nature. When you do these over and over, you just start to intuitively “know” how your drone will react.

These exercises will also, over time, really help newer pilots get the hang of reverse orientation. That’s the phenomenon that occurs when your drone is turned back 180 degrees and is facing you: Most controls do the opposite of what every brain cell tells you they should be doing: Pitch and yaw appear to be in reverse, though throttle inputs obviously don’t change as far as your perceptions are concerned.

With the flight controllers and stability of today, beginner reverse orientation isn’t quite as white-knuckling as it used to be (trust me, I could write a thesis on this). But it’s still very disorienting to the brain: You have to be able to switch to moving those fingers in opposite directions for desired results, which is a lot harder to do than it sounds. But at least with stable hovers you’re not likely to over-correct and slam your drone into the ground (cough).

Working on these kinds of pilot training exercises for drones also gives you the skills to respond more quickly if something does go wrong while flying. If GPS lock fails or your drone needs to be manually guided home in a hurry, having reverse orientation down as second nature will really help you out. And it’s not just that — these exercises, if you work through all of them, help pilots become more confident in all aspects of flight.

Start with the basics

We’re going to start with variations on the most basic exercise: Flying a square box pattern.

For the first exercise, get the drone in the air and position it in front of you by about 6 feet and at eye level. Keep the camera from the drone pointed away from the pilot at all times. Move slowly to each corner of the box, then change flight path. Keep the drone pointed directly away from the full circuit. Repeat three times. Do this slowly and with authority. It’s good to have an observer with you who can give you feedback on what’s working and areas to improve. Try to follow that square as tightly as possible.

Immediately after finishing your first pattern, switch it up. You are still following a box pattern with the camera pointing away, but now you are flying that box in a clockwise direction.

Now it’s about to get real. Get to the same starting position, and yaw your machine 180 degrees, so that the camera is now facing you. You’ll be in reverse orientation. If you haven’t flown this much, it’s probably worth putting your drone into Tripod mode or some other mode that slows things down. Do not put it in headless mode, if your drone has that option.

Take your time. Go slowly. Repeat minimum three times. If you’re not feeling comfortable, take it slow and easy until you are. Then switch back to the second exercise, with the drone facing away from you again.

These drone pilot practice exercises just scratch the surface. Follow them slowly and methodically until flying these patterns has become second nature.

Personally, one of my favorites is the figure 8. While flying this, I keep the drone flying very slowly and try to always have the camera facing in the direction of flight (which is constantly changing). If you’re feeling like trying a new challenge, give it a try! It was really difficult at the beginning, but slow and steady wins the race. (And it’s not really a race anyway, so do take your time.) You can see a sample instruction here:

What did you think?

Did you try this exercise? Would you like to see more practical features like this that can help you improve your skills? If so, please leave us some feedback in the comments. If you liked these, we’ll post the next in the series down the road!