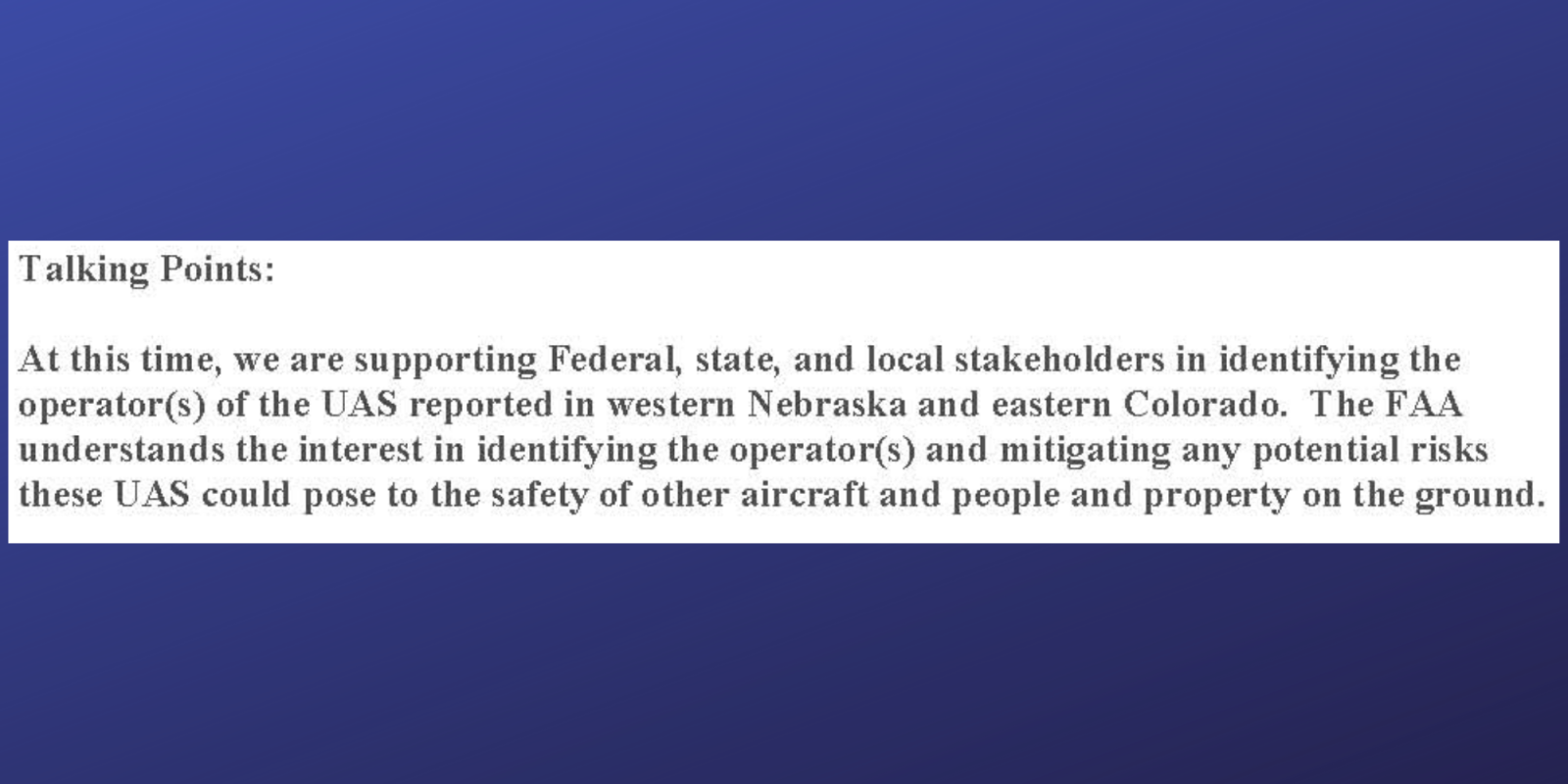 Think back for a minute to late last year. Remember seeing stories about swarms of drones regularly flying over Colorado and neighboring states? We do, too — especially the part about how no one knew who was flying them. It was a mystery. But now, new documents are shedding at least some light on the matter.

It was a really unusual story. Lights in the sky indicated drones were regularly flying over northeastern Colorado and adjacent areas of Nebraska and Kansas. They appeared to be in a swarm — almost like a formation. And it kept happening, pretty much night after night. In fact, many witnesses and even television news crews were able to capture the phenomenon on video. But that still didn’t answer the question: Who was flying these drones and for what purpose?

In case you didn’t hear of the story at the time, or could use a little refresher, watch this:

Despite the presence of the media, local law enforcement, and even investigators from the Federal Aviation Administration, it was never determined who had been flying those drones and why. Two popular theories were that it was survey work being carried out for a pipeline or possibly methane detection sweeps following a tightening of environmental regulations. There were plenty of questions, but no answers.

The ongoing mystery caught the attention of Dean Johnson, a volunteer with the Scientific Coalition for UAP Studies — where “UAP” stands for Unidentified Aerospace Phenomenon. He filed a Freedom of Information Request on the organization’s behalf. Now, the documents received — and the light they shed on this mystery — have been brought to light by The Drive.

The Request produced a number of FAA documents, including briefing notes for FAA Administrator Steve Dickson. Interestingly, a description of the flights in one of those documents suggests they were able to fly in conditions that should not have been conducive to drone flight:

The activity reported occurs primarily between the hours of 1800 and 2200 MST and demonstrate the pattern of multiple “drones” flying a grid type pattern and remaining airborne for several hours at a time in less than optimum flying conditions (high winds and storm-like conditions). The number of drones reported operating at one range from between 2 and 16 and appear to be approximately 6 feet width and length. Flight time has been 2 to 3 hours continuous. All reports indicate flight is between 200 and 300 feet.

The documents also show that the FAA was asking pretty much everyone it could think of if they were behind the mysterious flights. It queried the military, local and state law enforcement, drone researchers, and more in an effort to find the answers. Ultimately, it was never able to determine who was flying the drones.

The briefing notes and other documents were obtained by Dean Johnson, who posted some of that content to Twitter:

Here’s a closer look at those docs:

And so, the mystery drones remain — well — mysterious. Perhaps one day we’ll learn who was flying them.

Perhaps more interesting to us, however, is what they were flying. We’d love to see something that flies well in storm-like conditions and stays up for two or three hours. Whatever these were, you can bet they were not consumer drones.

What’s your theory? Let us know in the comments below!