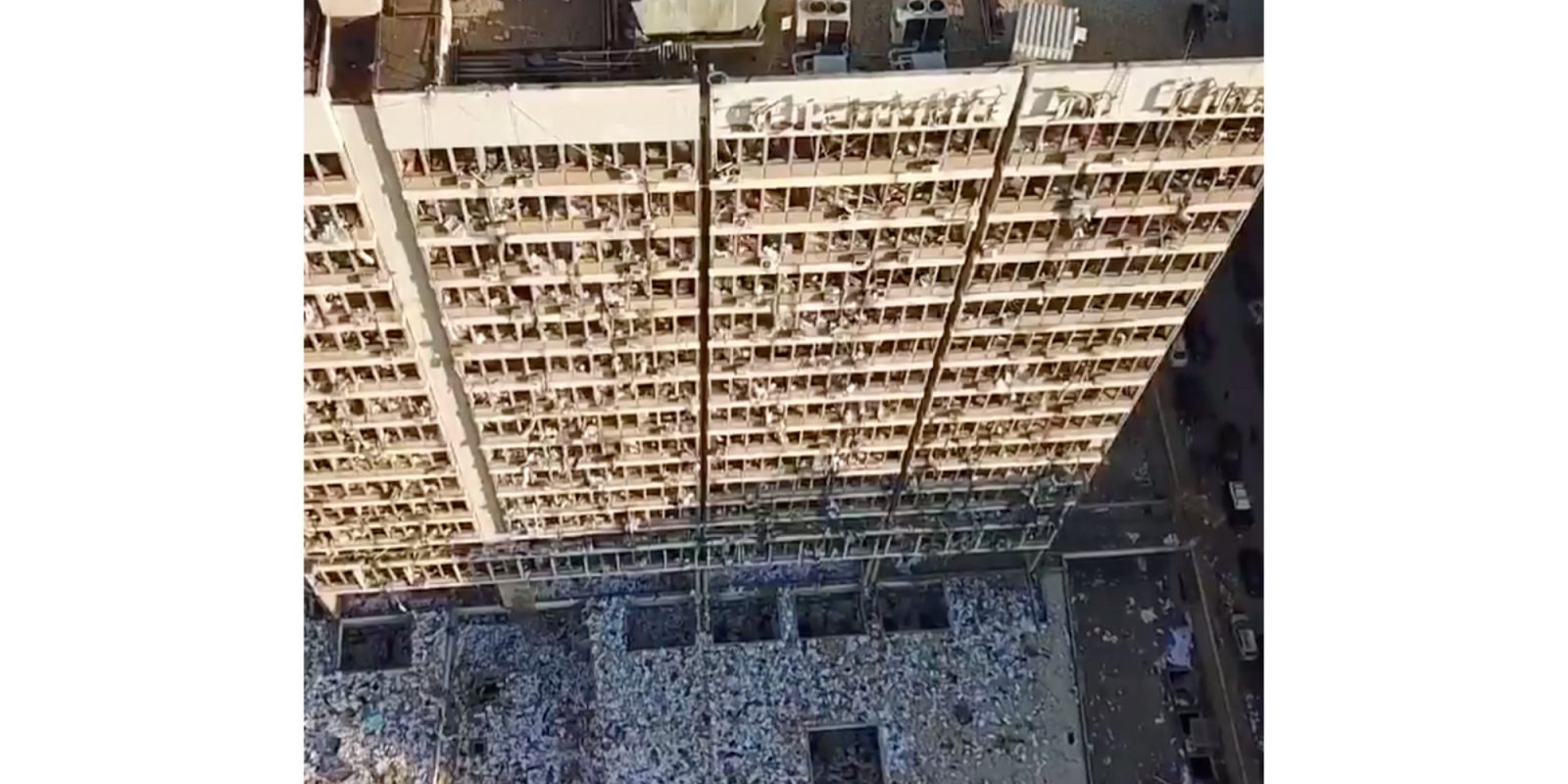 Some drone footage has emerged from Beirut. It provides a glimpse of the pervasive devastation caused by the explosion earlier this week.

It’s difficult to imagine the damage that this week’s explosion has wrought on Beirut. A massive shock and explosion decimated the Lebanese capital. It killed more than 150 people and injured more than 4,000. Many other people are still missing, and presumed dead. And the city itself? Pummeled. The shock wave did far more than take out windows — it caused extensive structural damage. It tore off roofs, destroyed balconies, and forced an estimated 300,000 people from their homes.

Ammonium nitrate – 2,750 tons of it – caused the devastating explosion. And, if you haven’t seen the moment it all happened, this is what it looked like:

The shockwave is what caused most of the damage.

That blast caused a nearly inconceivable amount of damage — all in an instant. People who saw the blast coming had barely a second to react (even less, for those closest to ground zero).

Now, drone video posted by ABC News gives us an even more intimate look at the damage. And, as expected, it’s extensive. Some 300,000 people cannot return to their homes at the moment. Here’s why:

The headlines are already starting to fade. And in the days and weeks to come, the world’s news media will move on from this disaster. But this tragedy will continue for many people.

It’s kind of hard to imagine saying anyone is “lucky” when this has just happened. But video continues to emerge from cellphones and security cameras showing incredible moments immediately before, after and during the blast. This one shows people scrambling to get back inside a store. Thankfully, none of these people were injured, though they were all undoubtedly traumatized:

The ammonium nitrate had been stored at the dock for years. Information is now surfacing that fireworks were stored in the very same building, which truly was a recipe for disaster. Lebanese authorities have pledged to punish those responsible, and several people have already been questioned or taken into custody.

Many charitable organizations are raising funds for the recovery and rebuilding effort. We encourage you to consider donating to a trusted charity.