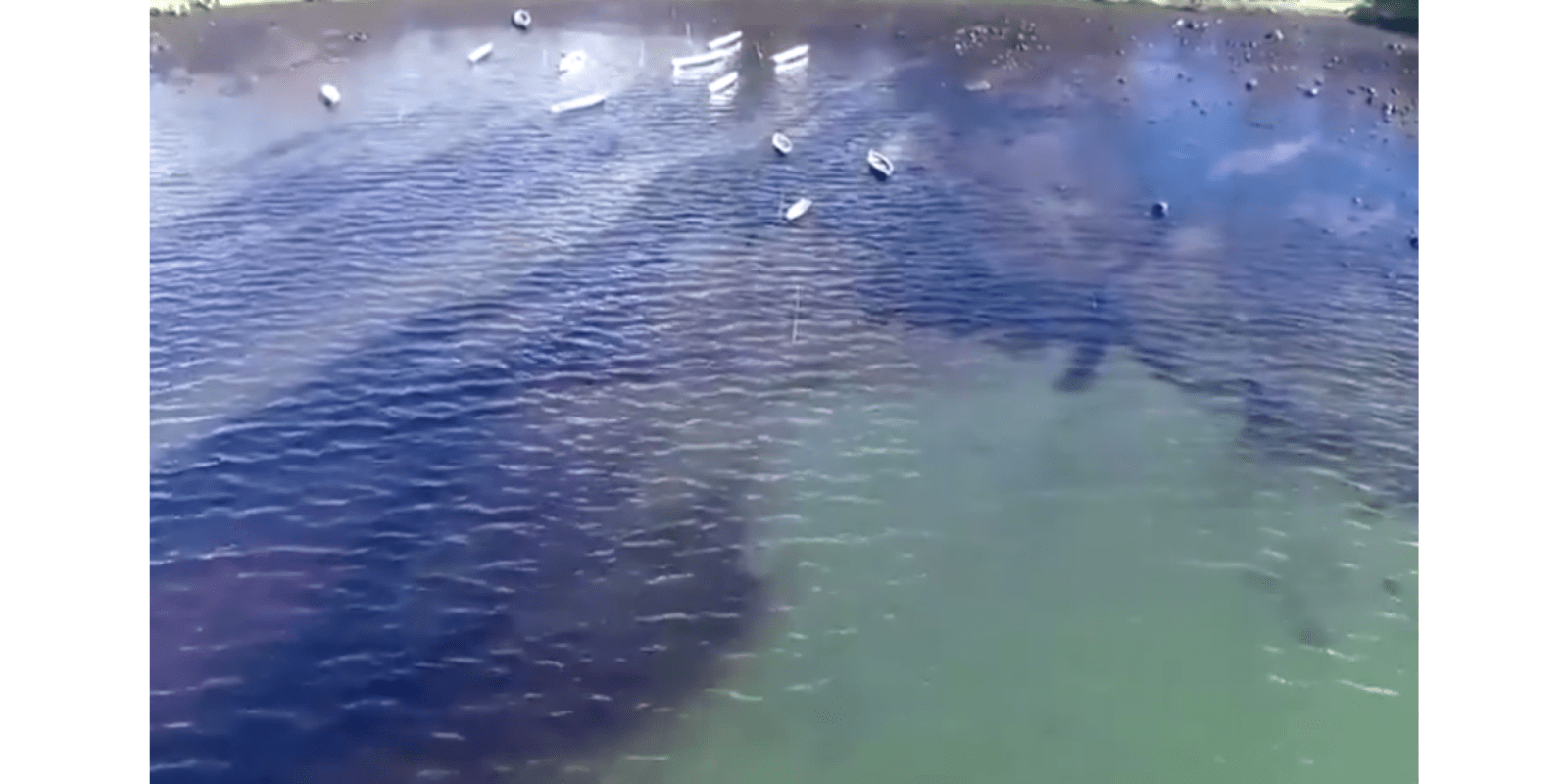 Aerial footage has emerged of the oil spill in Mauritius. Already, it appears to have caused extensive damage. The country has declared an environmental emergency as a result of the spill – and it’s easy to see why.

The new footage was taken by drone. And it’s heartbreaking. The water and sand along once-pristine beaches is now an oily black slick. Video showing those trying to clean the beaches prove how difficult this effort is. Scraping the beach sand with a shovel barely makes a dent. And some of the spill, from the ship MV Wakashio, is threatening environmentally sensitive wetlands. The ship ran aground on a reef on July 25. It was carrying nearly 4,000 tonnes of fuel. Now, much of that fuel is either floating on the water or on the beaches and shorelines of Mauritius.

Mauritius is about 1,200 miles (19,200 km) off the southeast tip of the African continent. It spans about 790 square miles (2040 square kilometres). Its known for its rich biodiversity, and is the only known home of the Dodo bird, which went extinct after humans started living on the island. Not too far away is the French island of Réunion – and the French government has now announced it will help the island with its cleanup efforts. Mauritius has also appealed to the United Nations for assistance.

It’s been suggested that Mauritius could have done more, earlier, once the ship became stranded on the reef. But the island nation has never had an oil spill before – and doesn’t have the resources to tackle this kind of disaster. Plus, things apparently appeared somewhat stable initially. It was only after the ship had been battered by waves that part of its hull cracked and the oil began to ooze out.

Volunteers worked to relocate turtles and some other sensitive wildlife out of harm’s way. But many birds have nonetheless been coated in the oil. People on Mauritius are trying to clean and save these birds.

And the spill? Well, drone footage in both of these stories makes it clear that Mauritius will need help.

Already, it’s been estimated that one-quarter of the fuel, or some 1,000 tonnes, has been spilled. Even with assistance from France and Japan – and, hopefully elsewhere – Mauritius is up against a formidable foe.