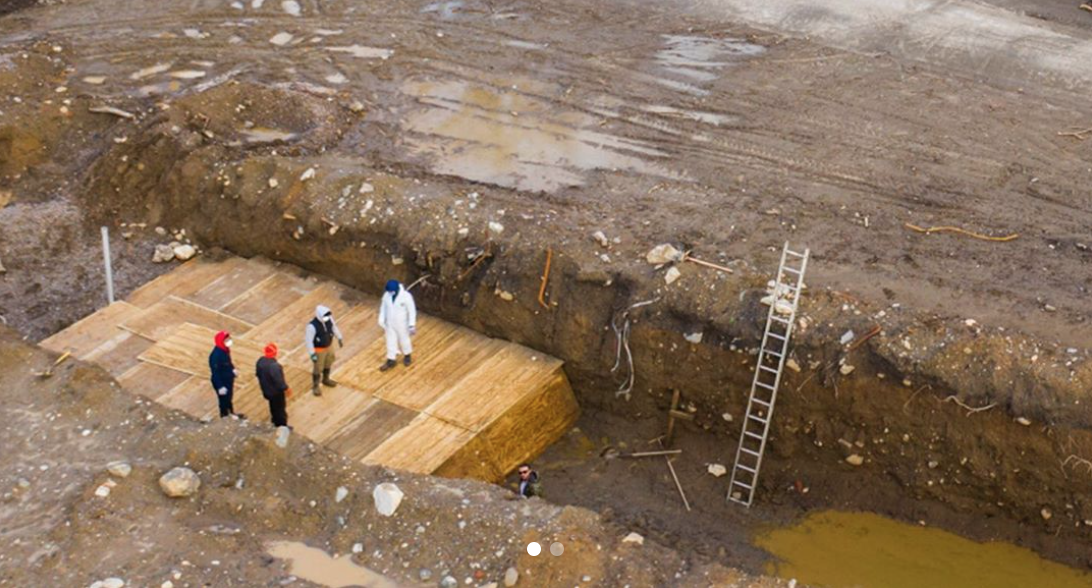 The case against a renowned American photojournalist who used a drone to document mass COVID-19 burials has been dismissed. George Steinmetz will not be prosecuted for his actions, and his DJI Mavic Pro 2 has been returned by police.

George Steinmetz is something of a legend. He’s a photographer for National Geographic and the New York Times Magazine. He’s particularly a legend to me, because I wrote about him years ago. What attracted me to Steinmetz then was his body of work from Africa. There, he pioneered personal aerial photography before drones were even a thing. For decades, he shot with a handheld pro camera while flying a motorized paraglider. His work is stellar. And, based on his website, Steinmetz clearly loves the view from above:

The motorized paraglider is in many ways the best possible platform for aerial photos, as I have an unrestricted view of 180° in both horizontal and vertical directions, like a flying lawn chair. It’s also relatively quiet in flight, like a moped, and it lets me fly low and slow over the ground with a minimum of disturbance to people and animals below. I’ve launched at elevations ranging from 14,450 ft (4,400 m.) to -1,388 ft. (423 m.) below sea level. While I can usually gain as much as 6,000 ft. (1,800 m.) on a flight, I find it most effective at 100-500 ft. (33-160 m.) above ground. This gives me a more intimate view of the landscape, and as I’m piloting it myself, I can search out the precise point in the sky to visualize a picture.

Steinmetz quickly adopted to using drones as a way of capturing images from the same perspective. He still flies his paraglider, but increasingly he is opting for a drone. From his website:

Most of my current aerial work is done with professional drones, as it’s the best platform for the things I’m photographing these days. Most of my subjects now are in environments where I can’t make emergency landings, and with Google Earth, I can scout locations before I take to the sky. Drones also allow me to have a stationary, rather than a continuously moving, platform so that I can shoot stable video or take pictures in dim light. I still use the paramotor on occasion, as it has unique possibilities for scouting and exploration, and allows using hand-held cameras, but increasingly a drone is the best tool for the job. While drone piloting is certainly not as physically satisfying as paragliding, it’s a lot easier and safer. My reason for flying is pictures, and I’m genuinely excited about the new possibilities they have opened up for me.

Grim, but important to document

In April, COVID-19 victims with no next of kin were being regularly buried on Hart Island in a mass grave. It’s not open to the public, so Steinmetz and other enterprising photojournalists dispatched drones to capture the scene from above. It was a grim, stark reminder of what was being lost. Video from the scene appeared on newscasts around the world.

Steinmetz flies a DJI Mavic Pro 2, and captured some images from Hart Island. The NYPD did not approve of his actions:

The NYPD seized his Mavic Pro 2 as evidence. That forced the working photographer to purchase two more while awaiting his August court date.

The Mavic 2 Pro is in a real sweet spot for me. I prefer the optics and files from the big bird, the Inspire 2 with the X7 gimbal. But the Mav 2 flies really well, has a decent file…the compactness is quite revolutionary

Charges have now been dropped and his drone returned. Steinmetz spoke with DP Review, arguably one of the most credible photography sites out there, about his experience.

My case was spontaneously dismissed last week [the week of August 7th, 2020], so I went down to the Bronx Police HQ on Wednesday and recovered it. During the time it was confiscated I had to buy a replacement to keep working, and don’t know if I will pursue any further legal action

Check out his work

I’ll probably return to Steinmetz at some point, because his aerial work is so gorgeous. In the meantime, here’s a shot from his Instagram account. This guy’s a pro.