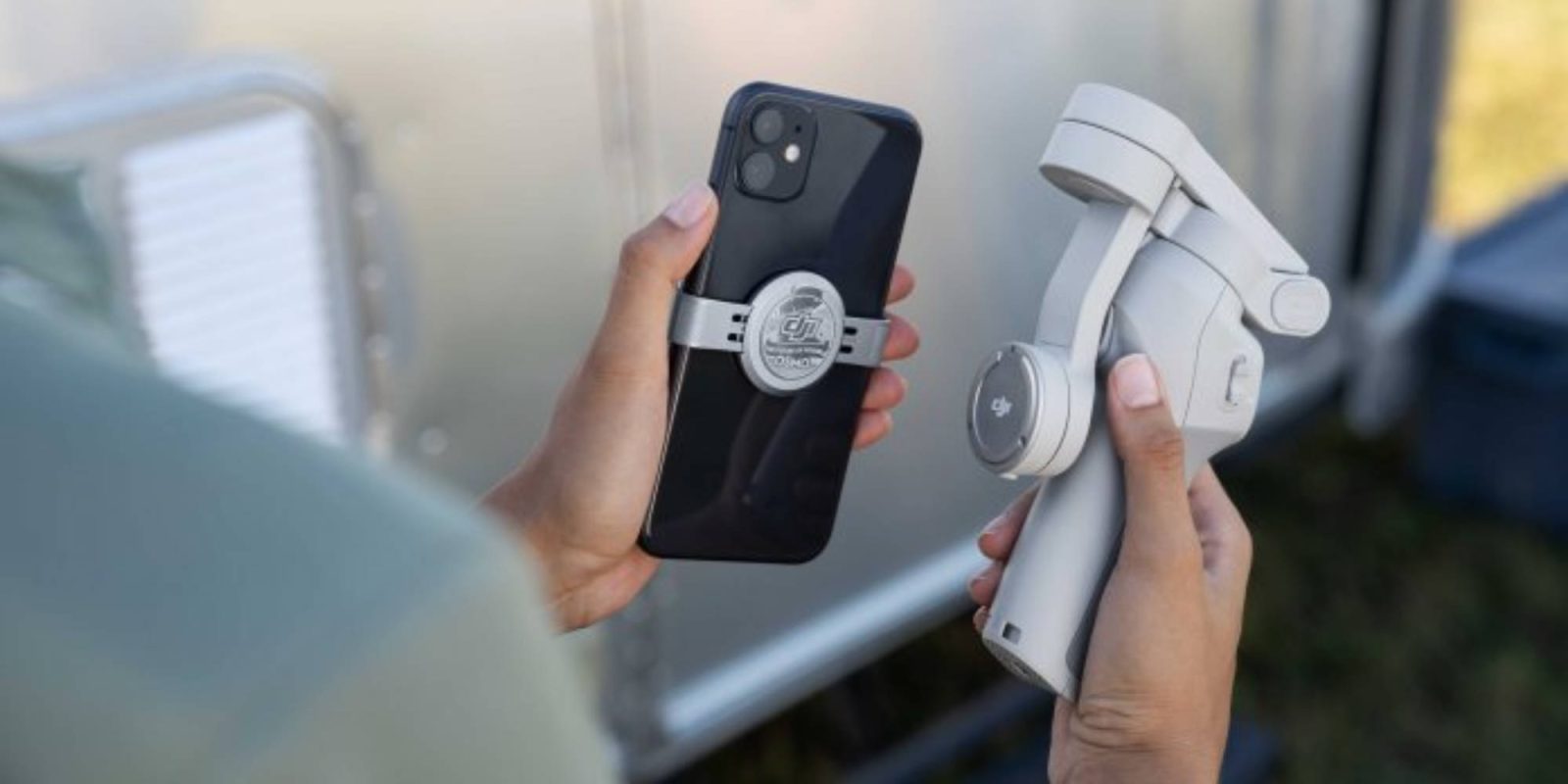 After leaks showed off the DJI Osmo Mobile 4, the company has gone ahead and released the new gimbal featuring a new magnetic mounting system and new software features to make mobile filmmaking even easier than before.

DJI has just released the new Osmo Mobile 4 with new branding this time around. Instead of it being called the Osmo Mobile it now goes by the OM 4, shortening the name.

The big selling point of the new gimbal is the magnetic mounting system that makes it even easier to use your smartphone with the gimbal. In the box you will receive a magnetic phone clamp and magnetic ring holder which doubles as a kickstand when not used with the gimbal. The ring holder uses adhesive to stick to the phone and can only be used once.

The OM 4 features DJI’s ActiveTrack 3.0 subject tracking removing the need for a person to be controlling the gimbal and keeping you in the moment. The gimbal also comes packed with gesture controls to stop and start recording and take photos. If you want something simpler, the pre-programmed movements and modes allows you to create dynamic shots at the click of a button.

While recording the Osmo Mobile 4 will automatically zoom in and out on objects to create more cinematic and professional-looking footage. Timelapse, Motionlapse, and Hyperlapse are also built right into the gimbal allowing you to take fully automated fast-paced shots. Want to slow things down a little? You can do so with the slow-motion mode combining the slow footage with smooth gimbal movements.

Need to follow the action? Originally released with the Ronin-SC, the OM 4 features sports mode which speeds up the motors and makes the gimbal more responsive to keep up with the fast-paced nature of sports.

The gimbal also allows you to take panoramas with the click of a button, the gimbal does the rest and leaves you with a cool result. Spin shot allows you to create the never-ending spinning effect you see in many of the big films today, allowing you to capture a unique perspective of the action. Story mode takes the shots you record and makes a mini-movie out of them with pre-set movements, music, video effects, and transitions. Great for social media sharing.

The gimbal once again uses the DJI Mimo app to allow users to use all of these software features. The app also allows you to control settings of the gimbal and full control over your smartphone’s camera.

The DJI Osmo Mobile 4 (OM 4) can be picked up from DJI’s online store for $149, Adorama or Moment and comes with the two magnetic mounts, tripod grip, wrist strap, USB-C power cable, and storage pouch. A great deal for a high-quality gimbal. There looks to be no combo kit currently.