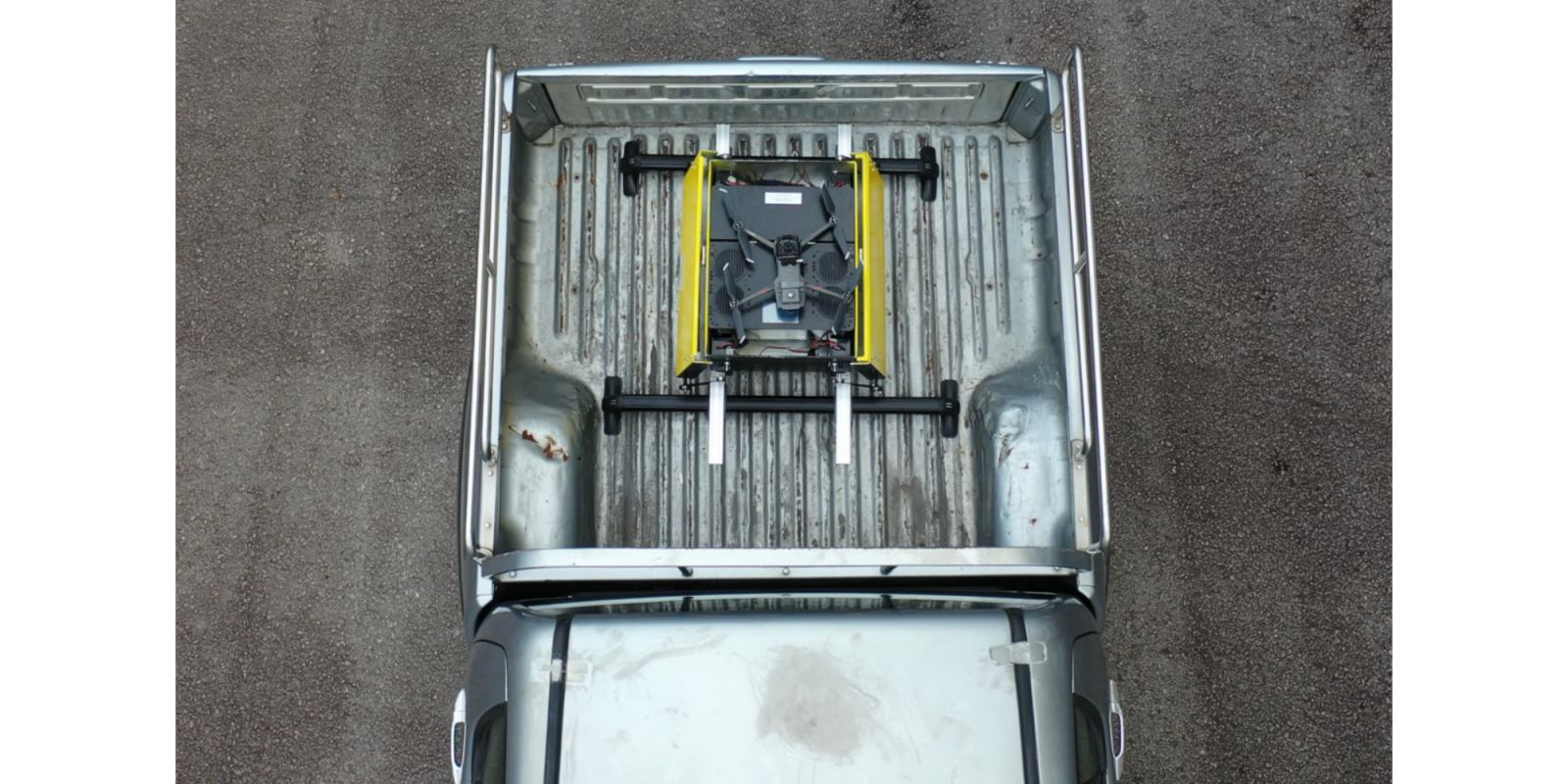 Many of the drones in the Mavic line are fantastic. There’s no shortage of owners who have put these drones to use professionally. But there are applications where you simply want to keep the drone in the air longer or want to monitor an extended area without flying Beyond Visual Line of Sight. That’s where Volarious comes in, converting your Mavic 2 into a persistent device that can fly while tethered to a box that’s tethered to a vehicle.

It’s a clever idea. Take an off-the-shelf Mavic 2 and give it the ability to capture data over an extended period of time – or even an extended geographical area. Of course, that data depends on the application. But we can envisage many use-case scenarios where an operator might simply want a drone to persistently hover and monitor a specific situation. Think crowds, civil unrest, even use by firefighters in fire suppression. There’s no shortage of applications that might arise, and there’s no shortage of Mavic 2 drones out there, for this idea to fly.

That’s precisely what a Singapore-based company, Volarious, has in mind.

The product is called the V-Scout. And it’s a pretty cool idea: Using a special battery, it tethers a Mavic 2 to a box that auto-unreels the tether and uses a sensor to continuously maintain the correct tension. In action, it looks something like this:

A chat with the founders

The company producing this, Volarious, is based in Singapore. DroneDJ contacted two of the founders and put forward some questions about the product. We started by simply asking what use-case scenarios they imagined when creating this product.

“We believe the market is in the public safety and border patrol sector,” responded Weiliang Zhang, CEO of parent company Avetics Global Pte Ltd. and one of the founders.

Drone in a box on a truck…

The great thing about tethered systems is that they can continuously deliver power. That means the Mavic 2 can stay in the air as long as you’re willing to keep monitoring it. That’s cool enough with a stationary box on the ground. But once you build a box that mounts in a truck box or on a roof rack, the equation has changed significantly. It’s not possible for a passenger in the truck to operate the drone from inside the vehicle. And that vehicle, should it be necessary, could drive.

Mounting on the vehicle further reduces the set up time. The system is designed such that the box can be opened while the vehicle is still moving, therefore once the vehicle stops, the drone can immediately take off. In some tactical scenarios, police officers might not want to leave the protection of the car’s cabin.

The system can unreel up to 60 meters of line. That’s nearly 200′ above ground level, which should be more than adequate for the vast majority of aerial surveillance or data acquisition jobs. Remember, the higher you go, the less granular your resolution. And mounting the V-Scout on a vehicle comes with other advantages.

Mounting on the vehicle further reduces the set up time. The system is designed such that the box can be opened while the vehicle is still moving, therefore once the vehicle stops, the drone can immediately take off. In some tactical scenarios, police officers might not want to leave the protection of the car’s cabin.

It’s a position echoed by the company’s co-founder in the news release announcing the product.

V-Scout is engineered based on feedback we received from Public Safety officials after using V-Line. They wanted to have the endurance provided by V-Line but on a mobility device to enable faster deployment and carry out different missions. The enclosure makes the system weatherproof and can be permanently mounted on the vehicle.

Tethered systems have historically been expensive. This device, which works with a popular drone, is reasonably priced (though unfortunately, you’ll have to get a quote of your own).

We can easily imagine multiple use-case scenarios for such a product, particularly by First Responders and Enterprise users. Being able to maintain an eye-in-the-sky for hours would be hugely useful in some situations. Cool product.