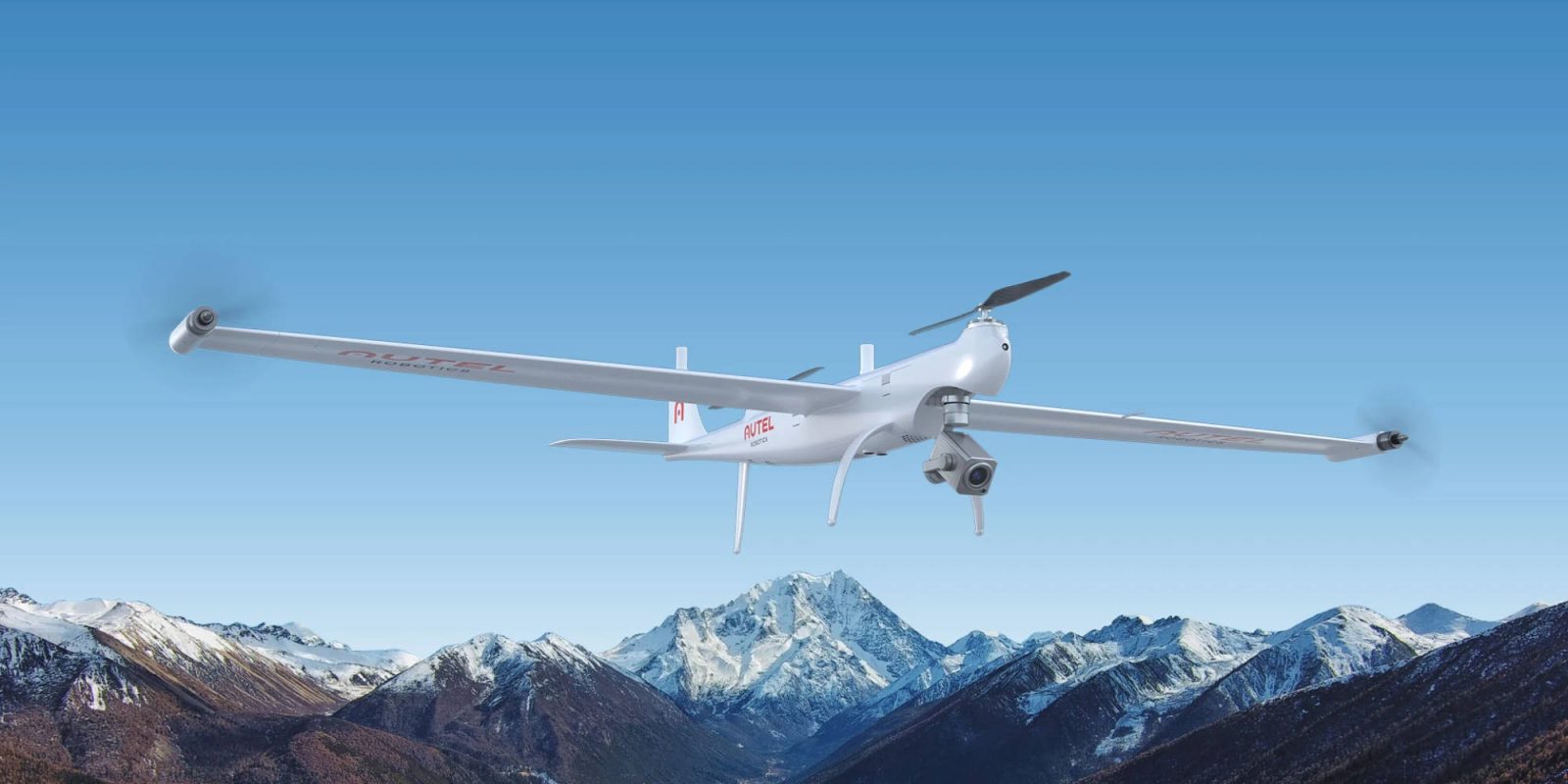 The Autel Robotics Dragonfish was first shown publicly back at CES in 2017 as a prototype and has slowly evolved over the last three years. The Dragonfish is now featured on Autel’s website with a maximum flight time of 120 minutes and a maximum video transmission range of 18.6 miles.

Dragonfish has a maximum flight speed of 67 miles per hour and is capable of flying in winds of up to 31 miles per hour. The drone has a maximum take-off weight of 17.2 pounds, with 3.3 pounds of that being reserved for payloads. The Dragonfish is also accurate down to one centimeter with a measurement error of one part per million.

The drone from Autel Robotics is focused on public safety, firefighting, energy, traffic management, agricultural, and surveillance applications. It appears the website hasn’t been translated into English correctly just yet as Autel has spelled applications as applycations.

Looking at the image above, we can see Autel has heavily focused on safety and creating redundant systems to make the Dragonfish as safe as it can. The Dragonfish has two batteries, IMU, barometers, compasses, and GPS RTK modules in case one stopped working, allowing the back up to kick into action. If the drone detects it’s about to stall or can’t continue flying in the current mode, it will change into multirotor mode, which adjusts all the propellers to swivel vertically to mimic a quad-copter.

To control the Dragonfish, Autel Robotics has created the Autel Voyager software capable of advanced mission planning, intelligent tracking, flight history tracking, and other autonomous features. The company has also created a ground station with a 9.7-inch, 1000 nit display that has antennas capable of the advertised 18.6-mile video transmission range.