DJI’s Schulman: Make regulations based on logic, not fear 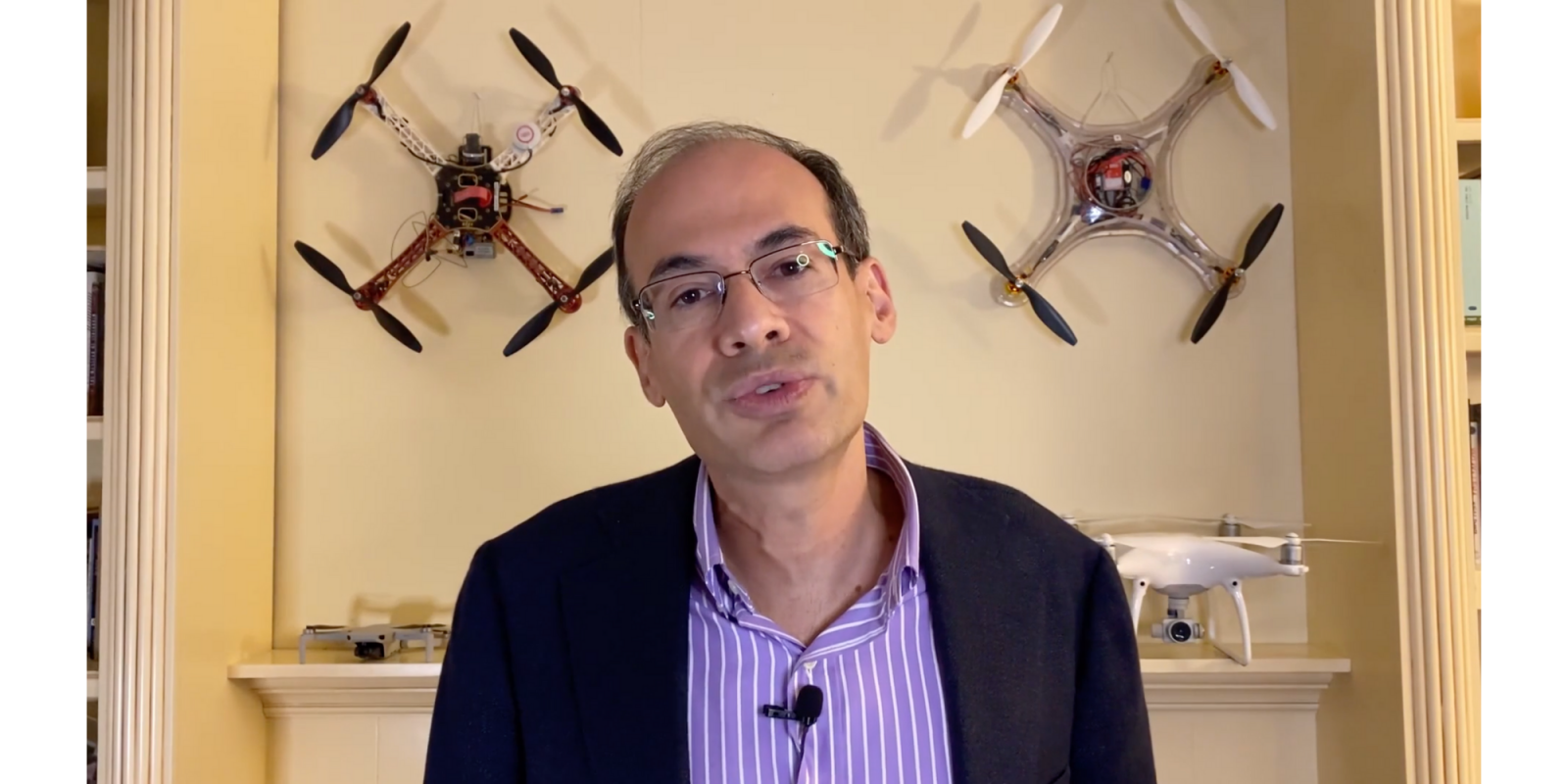 The world’s most famous drone lawyer™, Brendan Schulman, hosted an online AUVSI XPONENTIAL session today. In it, he made the case that drone regulations in the US have taken a step backward since the introduction of Part 107. He also touched on this week’s Blue sUAS controversy, which DJI believes has far more to do with trade protectionism than with data security.

Remember when everyone was worried about drones? In those early days, people thought they’d be spying on them from a distance. Or perhaps fall out of the sky and land in their yard. There were even fears a drone might smash into a manned aircraft and bring it down. Those fears, by and large, were based on false assumptions. But assumptions can drive public policy. And, in a field advancing as rapidly as the drone sector, that doesn’t help anyone.

Though Schulman is best known as DJI’s Vice President of Policy and Legal Affairs, he’s long had an interest in things that fly. So the transition from basic multi-rotors to full-fledged drones was something he was already deeply interested in before he started working with DJI.

As drones first began to appear on the scene, regulators didn’t know what to make of the trend. But clearly, they believed drones posed potential threats. In both the US and Canada (and likely elsewhere), you had to jump through multiple hoops to be able to legally put something in the air – especially for commercial purposes. Rather than encourage the adoption of this new technology, regulators instead shunned it. (We remember this period vividly.)

“Ten years ago, just about any innovative drone idea was prohibited by the federal government,” says Schulman, adding: “Fear is a bad way to make technology policy.”

It took time – years – but regulators began to realize this was an emerging industry with truly useful technology. And finally, in June of 2016, Part 107 went into effect. It set clear rules for UAV flying and codified skills necessary to become an accredited, card-carrying operator. This was very good news for the industry and the beginning of a new era of openness. The rules made sense, and everyone understood them.

It was the beginning of a good period. There were no major catastrophes (though there were some documented collisions between manned aircraft and drones), and overall the benefits of this new drone world far outweighed the risks. This was especially true because the legislation attempted to mitigate risk in a thoughtful manner. Plus, a growing number of stories documented Search and Rescue efforts by drones, how they could save time and money – along with the fact they were a perfect tool for certain tasks that fell into the category of the Three D’s: Dirty, Dull, or Dangerous.

In 2019, DJI thought it would be useful to try to calculate the number of hours flown by drones that year in the United States. Based on data, DJI calculated that 87.8 million flights had taken place, totaling some 10 million flight hours. And all…with no fatalities.

It’s data that led Schulman to state: “This is the safest form of aviation the world has ever known.”

But things were also starting to shift – or at least alter in a way that directly impacted the company that arguably had done more than any other to create the global drone industry: DJI. Concerns over data security issues from non-US-made products led the US government to begin questioning whether non-domestic drones might be a back door that could lead to sensitive data reaching the wrong hands.

Suffice to say that the tide in the past three years, under the administration of Donald Trump, started to turn against China. DJI tried to head this off with products like its Government Edition drones, which do not connect to the internet.

DJI’s products were tested externally, including an independent examination by global consulting firm Booz Allen Hamilton. DJI says no significant issues were found in any of the major studies. Schulman presented this slide, which pointed to those evaluations. With the exception of the bottom study by FTI Consulting, we believe the other reports cited were all independent.

Schulman also pulled out the most recent study, carried out on behalf of DJI by FTI. Some have criticized this last one since DJI was a paying client.

In late January, the Department of the Interior issued a ban on flights within its department of all non-US-Made drones, except in emergency circumstances. That heated up further this week with a DOI memo that pointed government purchasers toward five US-Made drones. Of course, none of these drones are DJI products, and most of them are vastly more expensive than DJI models with equivalent capabilities. (There are models, however, that do have either AI or flight times that rival what DJI can presently do. Referring here to Skydio’s X2 and the Vantage Robotics Vesper.)

When the memo was released, it was pointed out that the new policy of buying US-Made drones was also very much in line with Donald Trump’s 2017 “Buy American and Hire American” Executive Order. That, in conjunction with the absence of any public document stating the parameters for a “secure” UAS, has led DJI to conclude the regulatory scheme is now being influenced more by trade protection and politics than by data security. In fact, there has been some shadowy stuff happening in the industry. A New York Times report in the summer stated that a DJI Android app had security problems. The company that carried out the examination, it’s believed, was potentially hired by a competitor.

Of course, competitors have a strong incentive to stir up concerns about our products – let’s call it fear-mongering – but they don’t have any hard evidence to back up their claims. Just like our critics in government have never presented any evidence either. It’s really a losing strategy in the long run because making the public, the industry and government officials afraid of drone technology will rebound on the entire industry. Driving people and government officials to fear drones more than they already do is a losing proposition for every manufacturer and every drone technology in the long run.

There is also, said Schulman, a clear double-standard:

Meanwhile, plenty of other technology that we use every day: Computers, cameras, network routers, phones and the like: They’ve addressed data security concerns with standards, not just by examining where they’re made. But drones are being treated differently. And that hurts us and it hurts you. For an industry that has worked so hard together to advocate for fair policies for the past decade, this is worrying and even tragic. Our industry has spent years arguing that drones should not be subject to discriminatory policies that hold us to higher, or even different standards.”

When Schulman had finished, we asked a couple of questions through chat. The first? If regulators were being progressive with Part 107, what changed? Why alter direction?

“I would say the politics of the moment for the past few years. Essentially any successful tech company based in China has been under scrutiny to serve political ends in a broader agenda,” wrote Schulman.

We asked a follow-up, about whether Schulman believes trade protectionism is a significant factor. He jumped in immediately, and with a reference to this week’s events:

Scott, trade protectionism is the primary driver here without question. We saw an excellent example of that just this week, as the DOI policy prohibiting any drone containing Chinese components was waived only for five US companies, giving them an unfair advantage and revealing this is not actually about security.