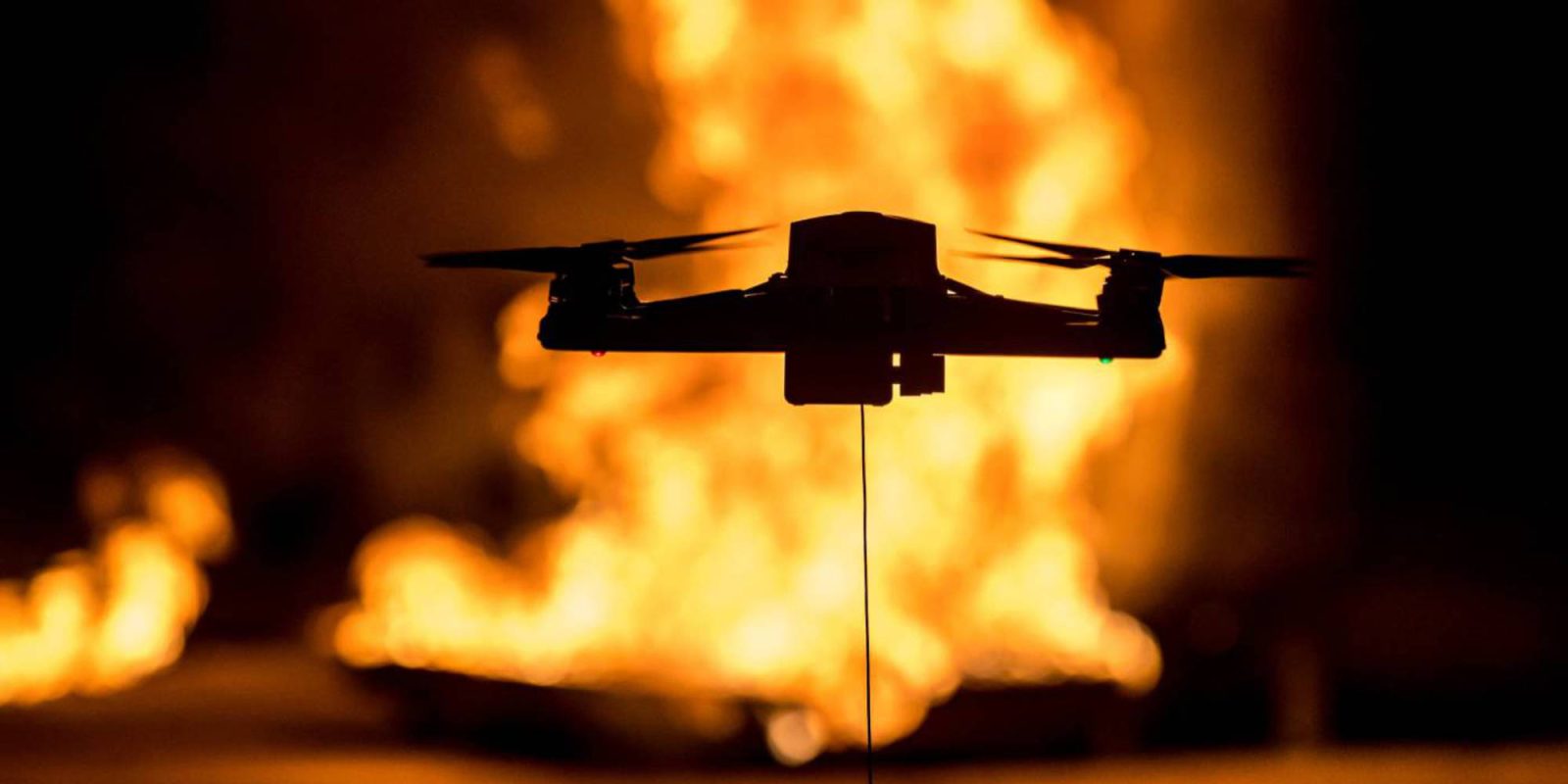 Tethered drone maker Fotokite has partnered with French Desautel Group to aid firefighters on the front line with a set of eyes in the sky. The Fotokite drone will be directly integrated into future fire trucks with the ability to add it to current ones as well.

The newly integrated drone system will allow firefighters to get a view of the fire from above in full color and use thermal imaging to get a better understanding of it. The Fotokite will also allow firefighters to see if there is anyone stuck in the building as well as possible entry points or dangerous areas.

All of the Desautel Group’s Gimaex FireTrucks have the option to be equipped with the tethered drone from the factory, either on top of the fire truck or in one of the tray compartments on the side.

Since the drone is on a tether, a drone pilot’s license isn’t required, which means any firefighter with some basic training can deploy the drone. That breaks down the two major barriers when it comes to implementing drone technology: time and cost.

As the drone is built-in to the fire truck, it also means set up time is faster than standard drones that need to be set up, calibrated, and piloted. The Fotokite can be deployed much faster, as it can launch at the press of a button, with the height adjustable with a slider on a mobile app.

The Fotokite Sigma has a flight time of 24 hours when plugged into a power source on the ground and supports a dual vision camera system consisting of a 256p 30fps thermal camera and a 720p 30fps RGB camera. The drone can fly itself using a built-in autopilot system allowing the firefighters to focus on the fire rather than a drone.

The drone’s ground station weighs around 19 pounds, is 9.85 x 13.85 x 9.05 inches in size, and allows the drone to ascend to 150 meters into the air. All the data from the camera and control link runs through the tether into the ground station and is transferred to the Fotokite Live app. Video can also be streamed via the integrated LTE modem for remote operations.