What the Biden drone show means for the future of drones 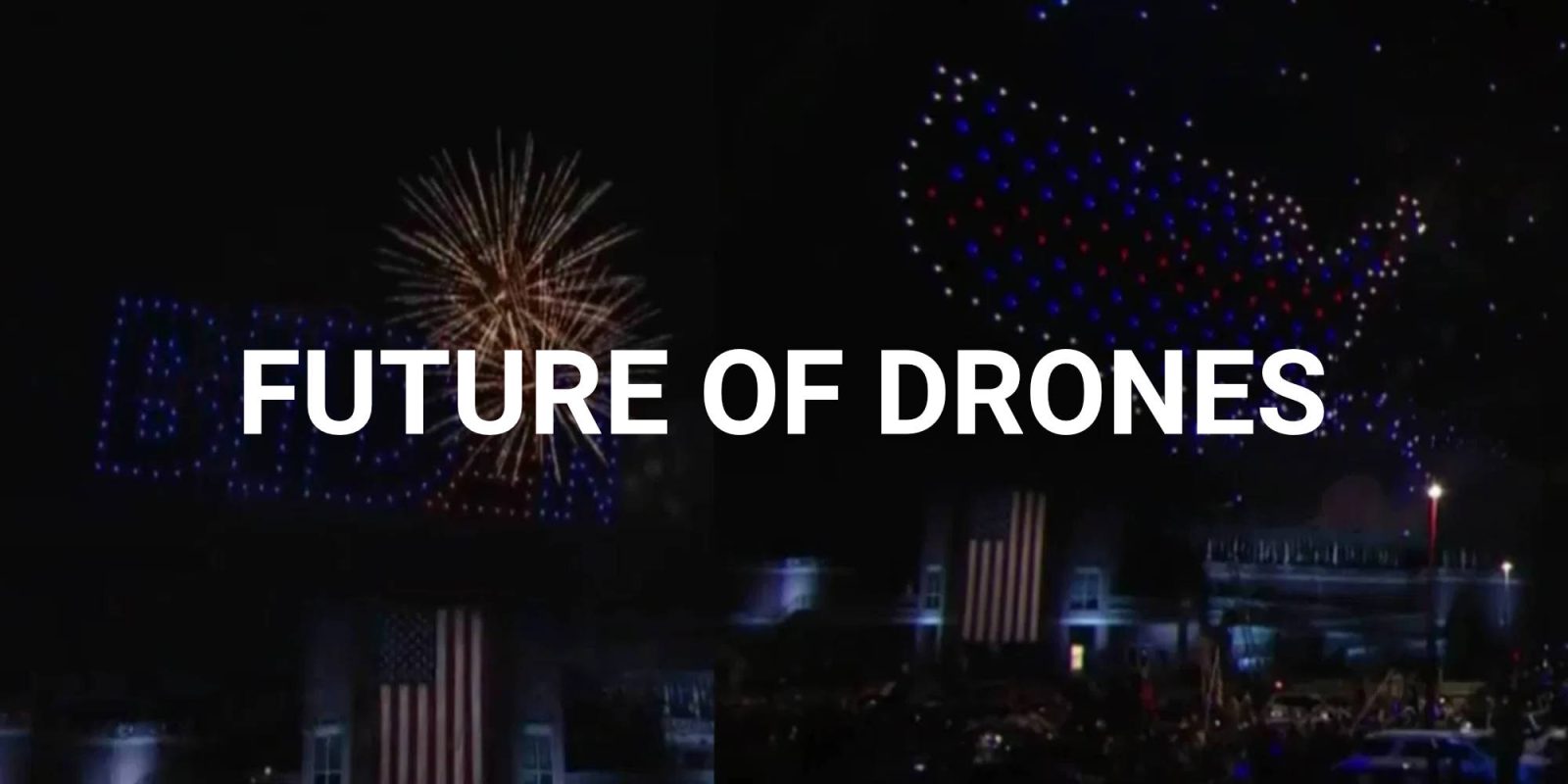 When Joe Biden addressed the nation on Saturday night, drones took to the sky to create an unforgettable show. The inclusion of drones in the show was a surprise but will do so much for the drone industry. What does it mean for the future of drones? Let’s look into it and see what a few people in the industry have to say.

Before President-elect Biden was set to speak in front of supporters in Wilmington, Delaware, on Saturday, I saw a few tweets pointing to a possible drone show. First, I got excited, then realized that it wouldn’t be likely to have hundreds of drones flying at such a high-security event.

To my surprise, after Harris and Biden finished speaking, fireworks began firing with drones joining in a few seconds later. Finally! Drones being used in a positive way in front of tens of millions of people and hundreds of millions more around the world.

Putting aside politics, the event would have had some of the country’s highest security restrictions, meaning not many people or things (including drones) would have been granted permission. The fact that someone in the Biden team could get drones in and so many of them is just amazing.

It would have required lots of approvals from many different people and departments, not to mention the drones likely had to be checked for security reasons.

What will it do for drones?

For as long as drones have been around, they have mostly been seen as killing machines and spy tools. That’s something everyone in the industry has been working hard to change. Having drones at such a massive event like this being safely used for entertainment purposes has already helped this negative view become more positive.

And it raises awareness. Drones are becoming less and less seen as this really bad thing in the sky but are now seen as a tool; a tool to improve entertainment, science and research, public safety, agriculture, inspection, and STEAM education.

Drones being used in everyday life is still fairly new and unknown when it comes to the general public. Many people have never seen drones being used in agriculture, search and rescue, research projects, public safety, and on the front line to name a few.

An event like this will only help to improve the public’s perception of drones being used in a positive way. It will be great to see how drone usage will change over the next few years and the harsher restrictions placed on foreign models being removed. Whoever had the idea to put drones in the show has changed the way hundreds of millions will perceive drones. Great work to everyone involved!

Drones in a national security TFR isn’t a small deal. Someone slogged through a ton of paperwork. Kudos.

Below are some great shots of Joe Biden, Kamala Harris, and their families looking in awe at the drones courtesy of the Drone Girl.