Feeling lucky? BetaFPV is letting you (briefly) gamble for discounts 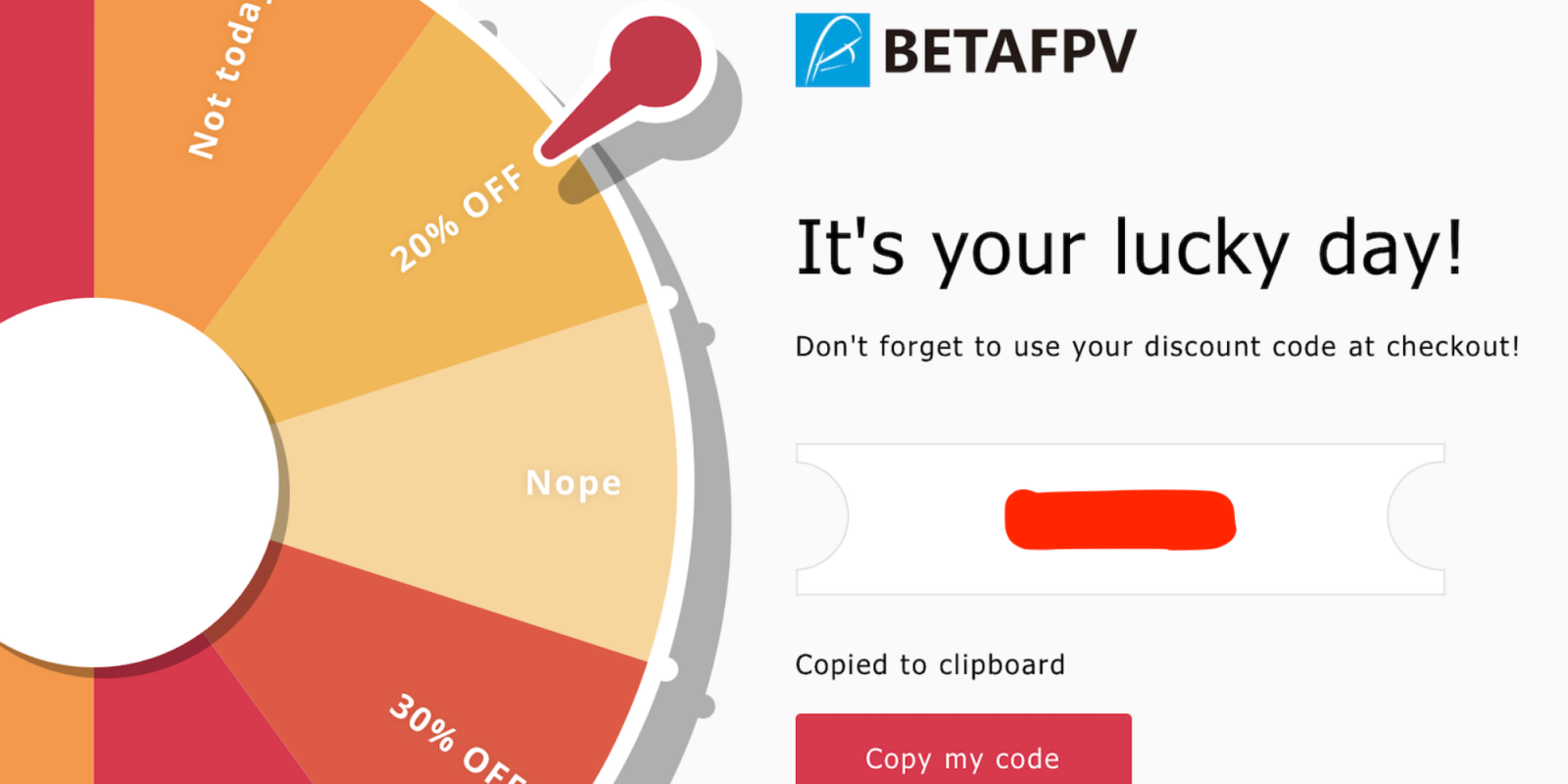 You’ve heard of BetaFPV, of course. The Shenzhen-based drone manufacturer specializes in small but mighty drones — everything from units suitable for indoor flight to screaming toothpicks just itching for a race. And now, with Black Friday approaching, it’s offering an online midway-style game that could net you a discount of up to 50 percent.

On a good day, if you happen over to the BetaFPV website, a bot might offer you a discount code for 5 percent, which is certainly better than nothing — and kind of a nice way to welcome either a first-time or returning buyer. Yesterday, I was looking for info for a story and opened up the site. Instead of seeing the familiar home page, I was greeted by something else entirely. Something that looked like it belonged on a midway at a county fair. It was one of those wheels that you spin and wait to see – tok, tok…tok – where it lands.

Problem is, I’ve never had much luck at the midway. So I wasn’t expecting much here.

This is what the home page looks like right now, providing you haven’t spun the wheel before:

I figured I’d take it for a spin. I wasn’t expecting much – especially given that the wheel said “Better Luck Next Time” when I arrived. So I punched in my email and gave it a spin by clicking on the center of the wheel.

And what do you think happened? This:

Awww man. I felt like I was on the Midway again. But I actually had one other email address. What the heck, I thought. I clicked once again. And this time?

And with that second spin, I had a discount code for 20 percent! That’s nothing to sneeze at and indicative that – unlike the Midway – this wheel isn’t rigged. Good on ya, BetaFPV!

If you’re looking for something cool, we’ve previously written about their all-in-one FPV Racing Kit and the new X Knight 360 FPV quadcopter, which uses Insta360’s formidable One R 360° camera. So there’s tons of really interesting stuff on the BetaFPV site.

BetaFPV doesn’t offer the chance at discounts like this very often. The wheel will be spinning, we believe, until just after Black Friday.

So, ladies and gentlemen, Step Right Up and Spin the Lucky Wheel. Where it stops, nobody knows.

Just don’t try *too* many email addresses. Because then, actually, they do know where it stops.

Good luck! If you happen to score a 50 percent discount, let us know in the comments!