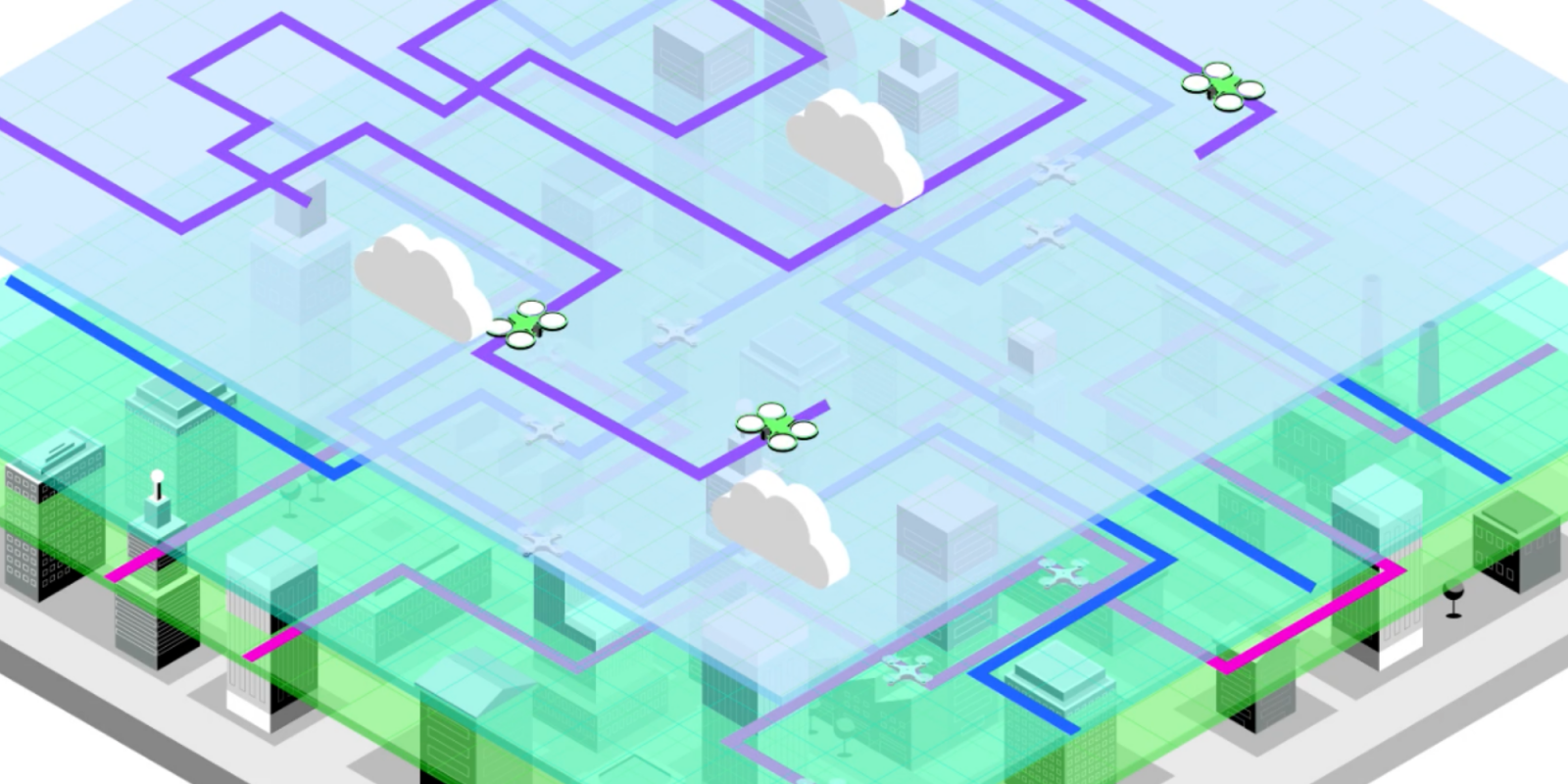 I saw AirMatrix present in Vancouver, at the annual Unmanned Systems Canada (USC-STC) Conference and Exhibition. I remember being impressed with both the confidence of the presenter, who was talking about drones that wouldn’t deviate from their assigned paths more than a few millimetres. I mentally tucked away the AirMatrix name, confident I’d be hearing from them again. And, sure enough, the startup is in the news. Now, it’s for actually mapping drone delivery routes over the Canadian city of Waterloo for potential drone deliveries.

Highways in the sky

To get the concept, you simply have to think of highways in the sky. In fact, at the 2014 USC-STC Conference in Montreal, I heard a similar pitch from Jonathan Evans, who was with a then-virtually unknown company called Skyward that would later be purchased by Verizon. Point is, forward thinkers in this industry recognize that a big part of Unmanned Traffic Management in urban areas will probably be the creation of corridors that are designated for drone traffic.

You get a better sense of what AirMatrix is up to in this video:

We’re in a similar place with drones as we were at the turn of the twentieth century with cars. The next step is to build the roads with traffic systems everyone knows and follows. Our multi-layered grid system helps high-density cities keep their skies safe and controlled. Our software integrates directly with user autopilots, a crucial element within the unmanned traffic management ecosystem. Millimeter-precise accuracy keeps our drone roads safe, efficient, and scalable.

Now, a story by CTV News says the company has been mapping routes above Waterloo for potential deliveries in partnership with the city. It quotes cofounder Bashir Khan:

When you think about drones, there’s so many different things you can do with them. You can deliver packages, use drones to surveil or collect data for different things. We are working with Transport Canada to help ensure the platform is safe and to make sure they have the relevant data to actually inform some standards that are going to be necessary in municipalities to make sure that drones aren’t crashing into each other.

We like what AirMatrix is doing. As the world moves forward with the integration of manned and unmanned air traffic, models like this make sense: Designated highways in the sky for drone traffic. Such a model, especially when layered (as AirMatrix is doing), allows for designated and efficient routes with real-time, at-a-glance monitoring of UAV air traffic.

A system like this will ultimately benefit drone delivery service providers, users of those services, as well as cities themselves. In fact, the AirMatrix website outlines three key benefits for cities:

In fact, AirMatrix itself recently delivered medicine to a long-term care facility in a trial run.

Matthew Chandy, director of economic development with the Region of Waterloo (as quoted by CTV News)

Well done, AirMatrix. We look forward to seeing some of your solutions implemented.