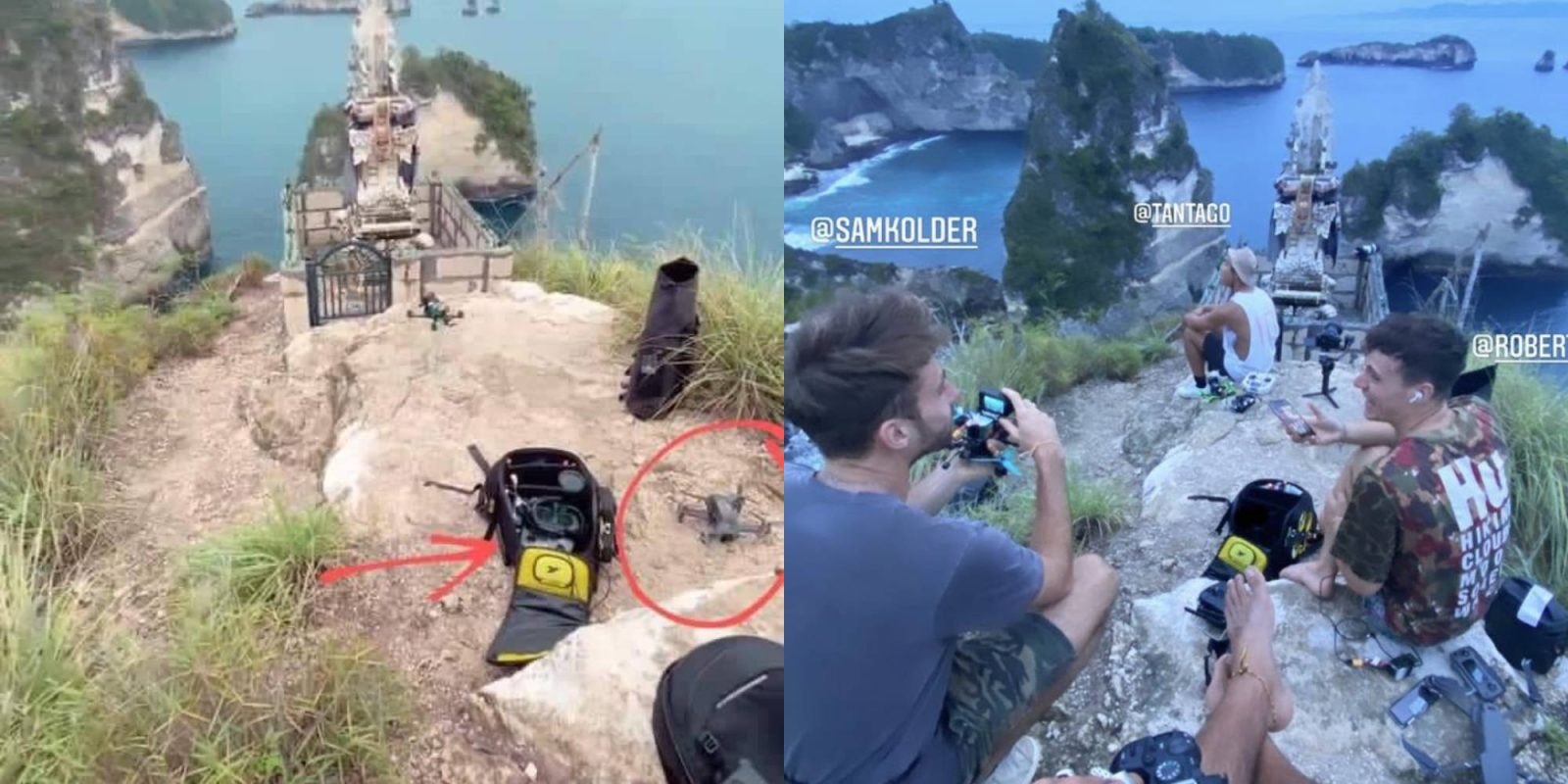 The unreleased but heavily leaked DJI FPV drone appears to be getting put through its paces by a group of content creators at the famous Nusa Penida island off the Indonesian coast. At least, that’s what we are made to believe.

A leaked image was found on Twitter by Perth, Australia creator Franco Reñones yesterday of what looks to be the DJI FPV drone sitting on the ground. Next to the drone, you can see another FPV drone and a bag with a yellow section – keep this in mind.

Now, taking a look at an image from Instagram user Ric GM. The photo features various creators, Sam Kolder, who works with DJI to create content, and Robert Hill and Keane Luong. The man behind the photo Ric GM has also apparently received drones from DJI in the past to create content with.

While this photo is from a different angle and is clearly taken at a different time, we can see that it looks to be from the same group. We can see the same yellow and black bag in this image, the racing drone with the green propellers, but we can’t see the DJI racing drone.

It is clear that the drone is either been removed from the photo on Ric GM’s Instagram story or is hiding behind the guy on the right of the story (Robert Hill). From these two images, we can see that DJI is putting in a lot of effort and money to make the launch of its first FPV drone amazing.

As the world is still facing COVID, and most travel isn’t allowed, it seems that DJI has made it possible for the group of creators to fly to Indonesia to get some epic footage of the islands and the new drone. We can also see a Mavic in the photo, suggesting that the promo video for the drone will be shot on the DJI FPV drone itself, the Mavic, and with what looks to either be GoPros or Osmo Actions.