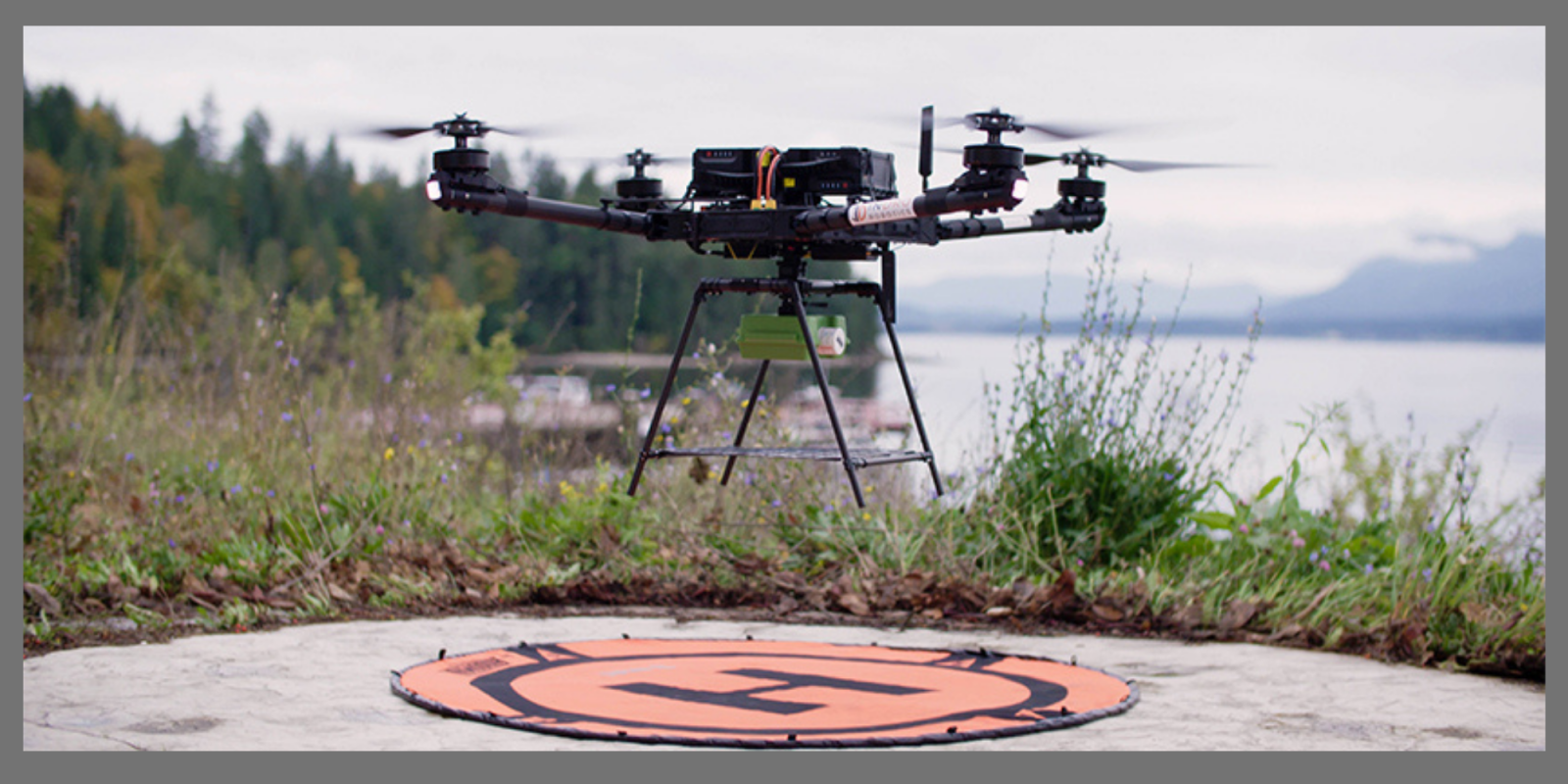 One of Canada’s leading UAS innovators has been carrying out trials, flying drones on COVID-related BVLOS, or Beyond Visual Line of Sight, deliveries. The BVLOS tests involve InDro Robotics using a drone to deliver supplies to and from a remote First Nations community in British Columbia, Canada. And that’s a big deal.

InDro Robotics crossed our news radar about a month ago. At that time, the company had achieved a Canadian first: It received paperwork permitting it to operate as a domestic cargo carrier using drones. Since then, it has been carrying out Beyond Visual Line of Sight trials with a nearby coastal community. Those involved see an incredible value to the service, particularly in the times of the COVID-19 pandemic.

Let’s find out why.

COVID testing in a remote community

Penelakut Island is located in the Gulf between the British Columbia mainland and Vancouver Island. People move goods, and themselves, via ferry. The red pin marks its location.

Long haul to get COVID-19 tests to the lab

That’s not a simple task. Delivering swabs to the nearest testing facility (Chemainus) by ferry would require at least four hours and take a healthcare worker out of the mix for a minimum of half a day. And if the ferry service gets disrupted? Supplies or tests that require a timely delivery could be ruined.

But what about if you could fly Beyond Visual Line of Sight to pick up and deliver those swabs, or medicines, or any other critical supply a drone could carry? What if you could reduce the amount of time of that delivery from hours to mere minutes?

First off, you’d need a very reliable Command and Control link between the base station and the drone. InDro Robotics, which has extensive experience in BVLOS flights, has perfected a hardware/software combination that allows its drones to be piloted using the cellular network. As part of the planning for these trials, the company mapped the strength of cellular signals over its planned route.

There’s more to the story, but we’ll let the people involved tell the tale through this video. Note the cool combination lock on the payload:

This story came to our attention because it was published by Canadian telco giant Rogers, which runs the cellular network that InDro used for these trials. You can find its full post here.

InDro has previously been involved in trials moving prescription medications from pharmacies to other remote destinations that also traditionally require the use of a ferry. You can see in this video that there’s huge potential for such a service:

InDro Robotics has an excellent reputation in Canada for its meticulous and collaborative work – and its emphasis on projects that will make a difference. In fact, the company was recently recognized by Unmanned Systems Canada for its outstanding contributions to the industry.