Drones swarm a forest while staying in formation 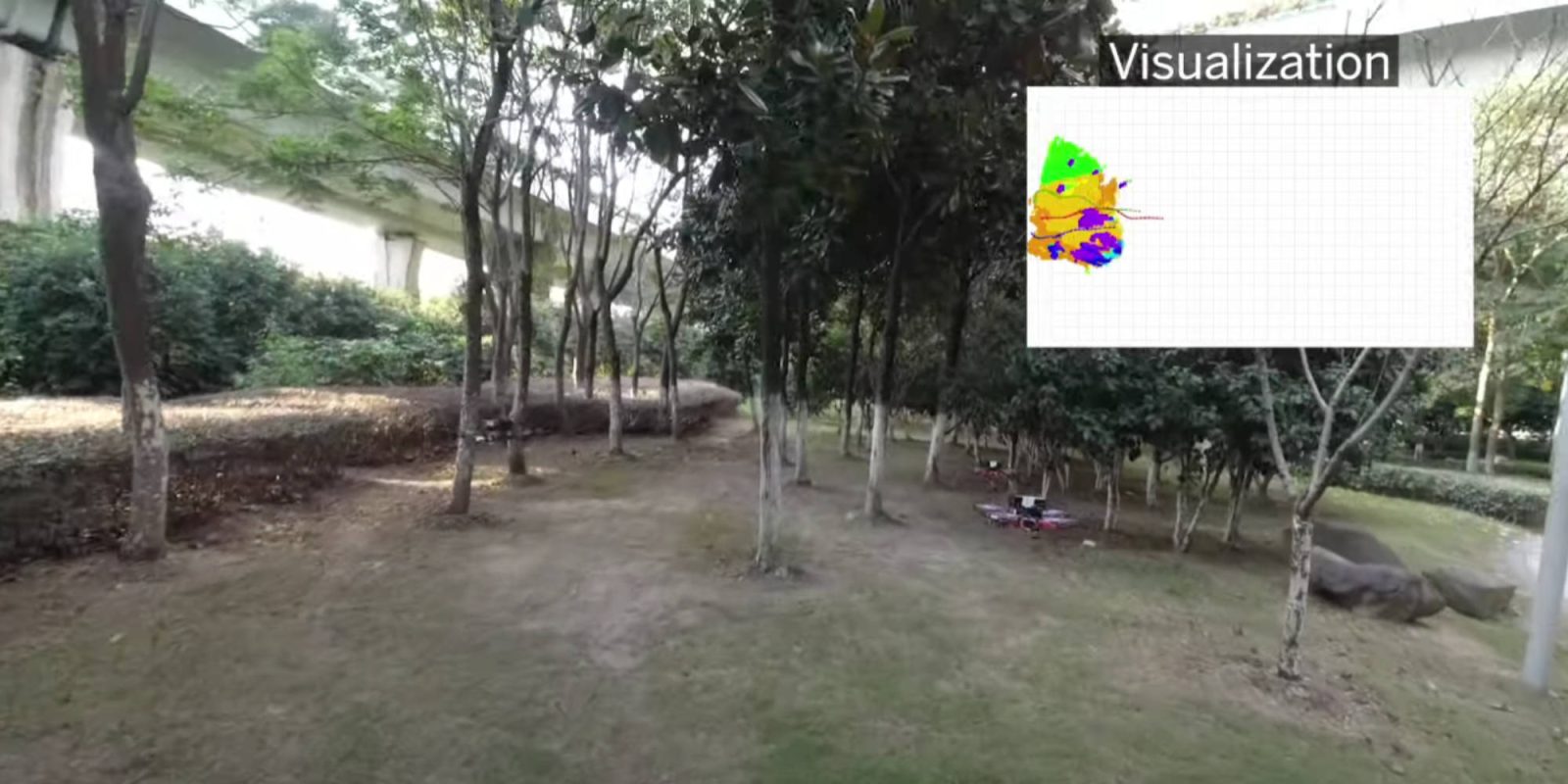 A team of researchers has taken a swarm of drones into a forest to test and see if they would stay in formation and avoid the obstacles. The drones have been adapted to use a special obstacle avoidance technique to map the environment as they fly along.

Researchers from Cornell University and arXivLabs have shown off their latest drone-related project that uses a decentralized and asynchronous systematic solution to dynamically avoid obstacles while flying in a swarm.

The drones can dynamically avoid obstacles with the help of each other – pretty cool! Each drone is equipped with vision sensors that create a virtual map of the world. All the data is collected to create one large map available to all the drones, allowing each one to know exactly where to fly.

The system has been tested on drones with very little processing power and poor wireless connections, making it a great solution for rural areas and areas without a great internet connection. With as little as three, the drones could make their way through the forest with a fair amount of speed without hitting a single tree.

Now, the forest example shown below isn’t the endpoint for these drones. The research team has said that this method has been able to easily scale up to more drones. So far, they have tested 10 drones. The more drones in the air, the more data can be collected in less time, making the drones perfect for surveying areas of land and running search and rescue missions.

Just think how much faster a field or someone can be found if 50 drones were scanning the area at once, compared to a few drones, a helicopter, and some people on the ground. This is the drone technology that has the potential to make a massive difference in the future, and we love to see more and more of it coming out every day!

In the video below, you can see the world data generated by the drones. The blue cylinders are trees that have been mapped out, with the colored sections being the drones as they make their way through the forest.

It then cuts to live footage of the drones flying in real-time. As you can see, the drones don’t really slow down at all, impressive feet for a drone that is doing all the processing itself while making sure it doesn’t hit any obstacles or the other drones.