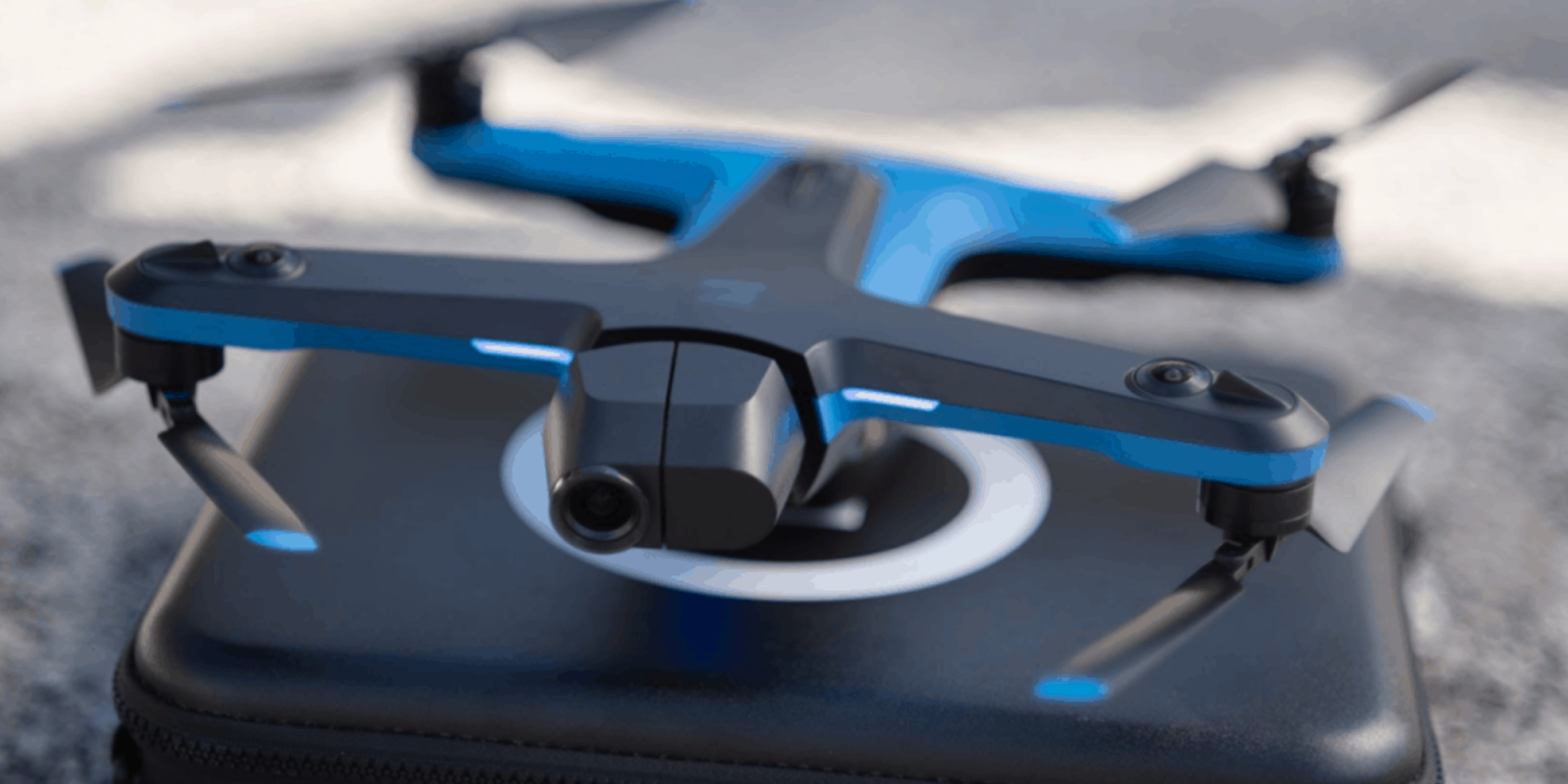 Skydio held its last webinar of this unusual year on December 22. It featured panelists from the Enterprise and First Responder sectors, as well as more details about Skydio’s optional Autonomy Enterprise Foundation software and its Skydio Academy for pilots. Overall, the focus was the Skydio 2’s AI, and what that means for professionals.

Skydio’s latest webinar pulled in viewers not only in the US, but also internationally. There were attendees from Greece, Chile, South Africa, and more. All were interested in hearing more about Skydio’s offering, and why the company believes they’re better suited to Enterprise and First Responder tasks than more conventional — what Skydio refers to as “manual” — drones. The webinar also featured two panelists who use Skydio products in the real world for engineering and firefighting.

Those two individuals had previous expertise with other drones. They are now converts to the Skydio platform.

In every presentation, Skydio hammers home what it clearly believes is its value proposition: Its products are smarter and easier to fly than the competition’s, which adds up to direct cost savings. The company says greater efficiency, reduced pilot training, automated scans, and more all contribute to the Skydio 2 (and new X2 series) translating into savings and convenience for clients.

What Skydio Autonomy is doing is seeing, understanding, predicting, and acting upon the world as it flies through it. And what this does is create an entirely new way to think about your aircraft, where it’s no longer a manual product where you are responsible for every dodge, drop, dip dive, and dodge, but instead you have a flying supercomputer that is making decisions in the air to help you get your job done more effectively and faster. It’s the best thing to ever happen to a pilot.

The ground-up integration of AI in Skydio’s drones, says the company, is part of a natural evolution. Drones that can function autonomously, it says, have surpassed non-AI drones.

Real-world use of Skydio 2’s AI

Before we get to more about the AEF software, let’s back up. As mentioned, Skydio featured two guest panelists. Each came with a case study, a similar and effective format we saw used during a Skydio webinar featuring Law Enforcement.

Let’s get to them.

Panelist Jarvis Worton, with Jacobs Engineering Group, relayed the case of the 1,200-foot Bob Hall pier off the coast of Corpus Christi, Texas. It was severely damaged by a hurricane earlier this year:

The county asked the Jacobs Group if it could inspect the structure to assess the damage. Jarvis Worton was on another job, so the county contacted another drone inspection firm using more conventional drones. According to Worton, they were unable to take on the task.

They were completely unable to do so. The drone they had was unable to fly underneath, it couldn’t look up, it couldn’t do half of the things that it needed to do… The drone that they used was getting GPS interference, it was not flying stably, they weren’t super comfortable with it. So the [county] just kind of abandoned ship, waited a couple of days, and deployed Jacobs back up.

Worton showed up with the Skydio 2.

With Skydio we were able to fly up really really close, I’d say 6 inches to a foot, and get some really high-resolution photos and videos, and we were also able to build a really robust 3D model.

The case study is significant for several reasons. First, it appears that a more conventional drone was unable to carry out the task. The Skydio’s ability to operate BVLOS in complex spaces is a huge bonus here, allowing it to move underneath the structure without concern it would collide. The drone was able to get close to the structure, meaning higher-resolution photos for inspectors. It could scan the structure autonomously, efficiently gathering “the big picture.” Plus, the Skydio 2 can shoot directly above itself, a feature very few other drones have. It all added to greater efficiency and a reduction in cost, especially compared with the expense of using divers (who were, obviously, also able to inspect beneath the waterline).

One slide summed up the story:

“It’s a better pilot than I am,” says Worton.

Gifford played a video shot from maybe 100 feet up. The scene showed two firefighters approaching a vehicle stranded on a flooded road. Though the water wasn’t very high, Gifford says fast-moving flood waters are “extremely dangerous.” They can quickly overcome a person trying to stand, or cause injuries by ramming sharp or heavy debris into a rescuer. The road was in a heavily treed area, and Gifford says it would have been impossible to fly the unit’s Inspire 2 down and close to the vehicle.

But being able to obtain a closer shot, says Gifford, would have been incredibly valuable. In fact, if a drone had been able to quickly approach the vehicle earlier, it could have provided valuable information, whether anyone was in the car or not. Were no one in the car, rescuers would not have been dispatched on foot to approach the vehicle, and therefore would not have been placed in a potentially dangerous situation. (As it turned out, there was someone in the car who did indeed require a rescue.)

Gifford said that for his department, the Skydio 2 offered a clear advantage.

“I’m not a fanboy,” said Gifford. “I don’t buy into anybody’s product if it doesn’t work just because it’s got a label on it. And I’ve been incredibly impressed with the AI that’s come out through the Skydio program. And I definitely see it as being at the pinnacle of public safety use in those tight confines.”

He went on to say that his department has received a tactical BVLOS waiver. And when it comes to BVLOS safety, he said, the Skydio 2 is his first choice.

“I would say, unhaltingly, that the absolutely safest aircraft to fly under BVLOS waiver is the Skydio 2 at this point.”

And there’s no doubt: Skydio 2 excels in confined environments that would pose a challenge to most other drones on the market. Check out this video, which includes taken by a Skydio 2 as it flew inside the lattice of a transmission tower:

We’ve reported previously on Skydio’s Autonomy Enterprise Foundation. Much like a Tesla upgrade, the AEF unlocks additional capabilities for a price. Those capabilities include:

This Skydio video offers a look at the AEF package:

During the webinar, Skydio also offered some details on its plans to offer advanced training for Skydio pilots in 2021. Training will be offered virtually and in person, with the goal of two different Skydio certifications:

Despite the pandemic, 2020 has proved to be a breakout year for Skydio. We look forward to seeing what the company does in 2021.