Indonesian fisherman finds what looks to be a Chinese drone 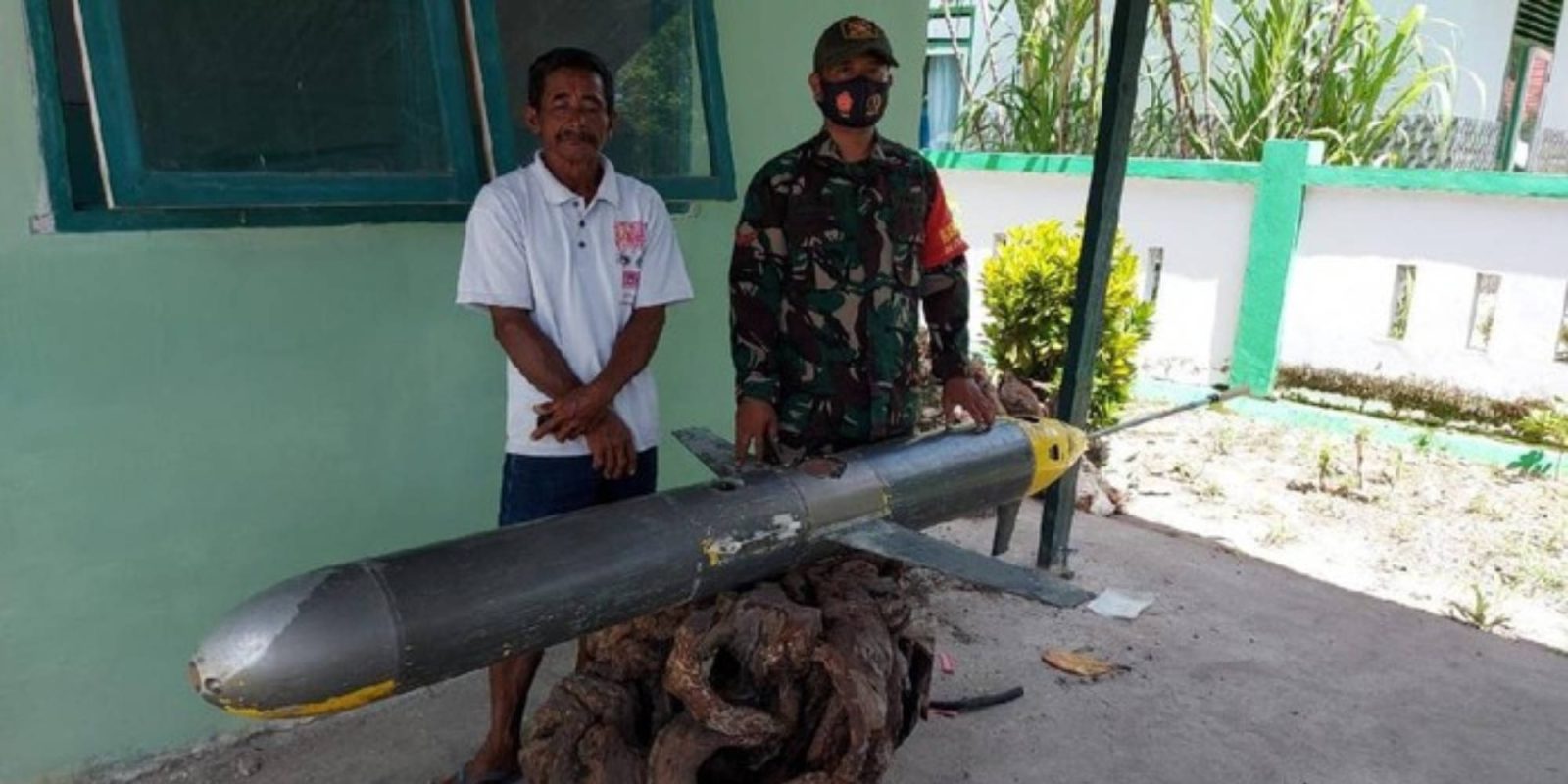 An Indonesian fisherman has caught what is believed to be a Chinese underwater drone, leaving many asking how and why the drone has ended up in Indonesian waters.

What is believed to be a Chinese drone has been picked up in Indonesian waters, making it the third known find to date.

The drone is reported to have been found on December 20 near the Selayar Islands in Indonesia’s South Sulawesi province. The fisherman handed in the drone to the police, who then gave it to the military.

The drone is packed with sensors in the nose cone and has a long antenna-like object sticking out the rear of it, likely due to the body being made out of metal. Not too long after its images appeared, Twitter got to work and noted that it is very similar to China’s Sea Wing drone, which is developed by the Chinese Academy of Sciences’ (CAS) Shenyang Institute of Automation.

China has stated its Sea Wing drones can operate for up to 30 days at a time. It has also released many of them into the Indian Ocean in the past, which travel a total of 7,500 miles before being picked back up. Last year, two fishermen found another two drones, raising out the question, what are these drones doing?

There are a few options that come to mind. First is that the Chinese government is sending the drones out to relay information and act as a communications device, picking up data from the seafloor and listening to boats passing above. The other could be for scientific purposes. The drone might have turned off after being out for 30 days on an expedition and then was pulled by the currents into Indonesian waters.