Drones could become the future of quantum internet 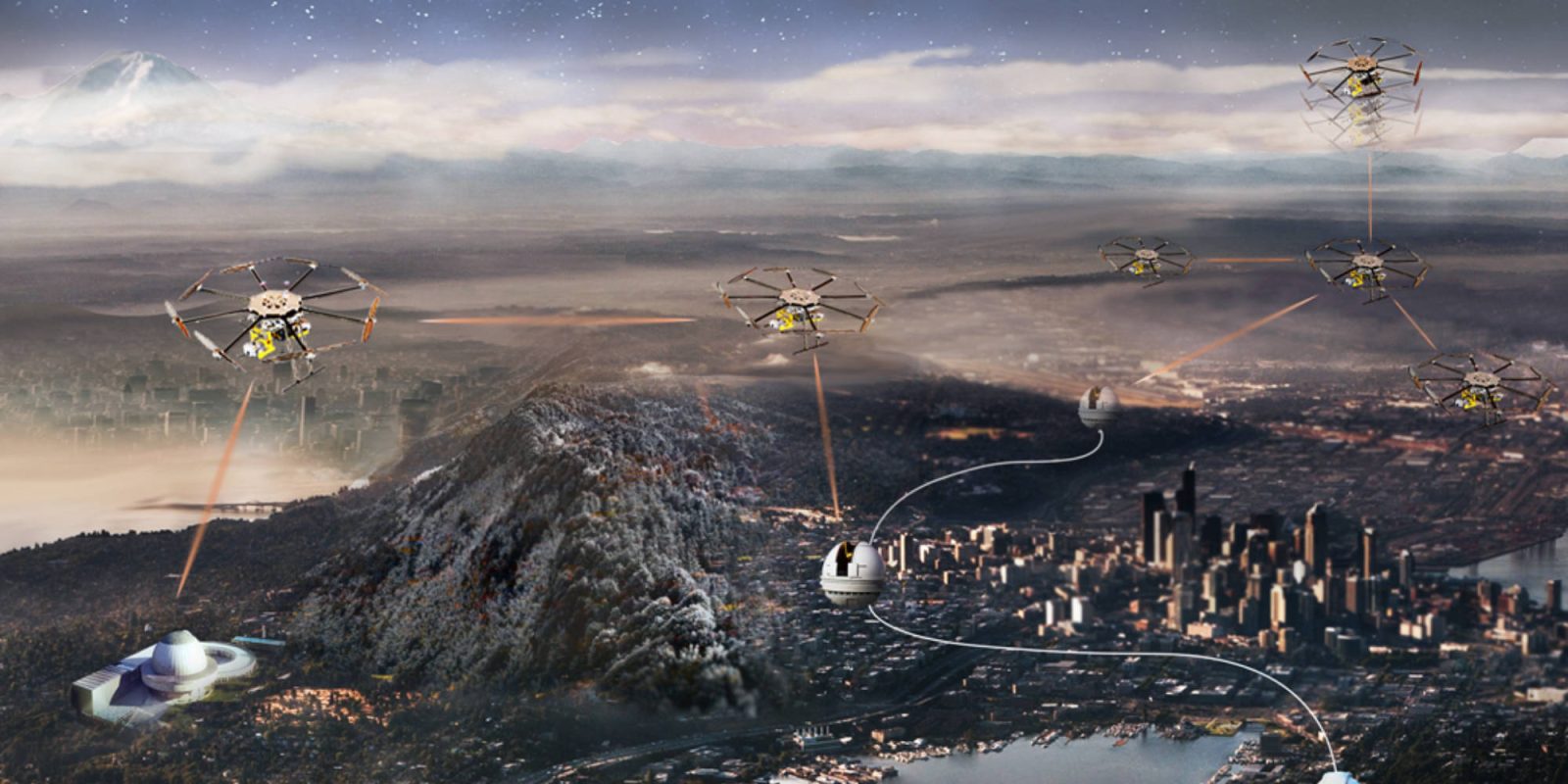 Researchers have managed to use drones to transmit light particles across large distances to transmit information. A team from the Nanjing University in China has transmitted data using drones over a one-kilometer (0.62 miles) distance.

The paper released onto APS.org states that entanglement distribution has been achieved by flying a drone with a transmitter to send out entangled photons.

When a proton is entangled, no matter the distance between them, the other will perform a predicted behavior if something happens to one.

Once this drone is up, another drone takes to the sky, equipped with an optical relay in it at about 0.62 miles away. This relay also reshapes the wavefront of photons, which is best explained when a rock is dropped into the water and it creates waves that spread out along the surface of the water in all directions with the same velocity.

The end goal for the researchers and scientists involved in the project is to have a mesh network of these drones in the air transmitting, receiving, and relaying data to create a network that could spread over the whole world, without the need for a large amount of ground infrastructure.

The drones send some of the entangled photons to ground stations to create a network on the ground and the sky, but the drones are the main method of transporting them over a large distance. This will allow quantum computers to be linked together to work on large tasks requiring large amounts of processing power.

The benefit of this system is the ease of deploying it. When you are just creating the network, you send a few drones up. When you need more, you send the extra amount you require — no digging in the ground and no extra infrastructure to build other than a drone charging station. Drones are also a relatively cheap method to set up a network in a short amount of time.