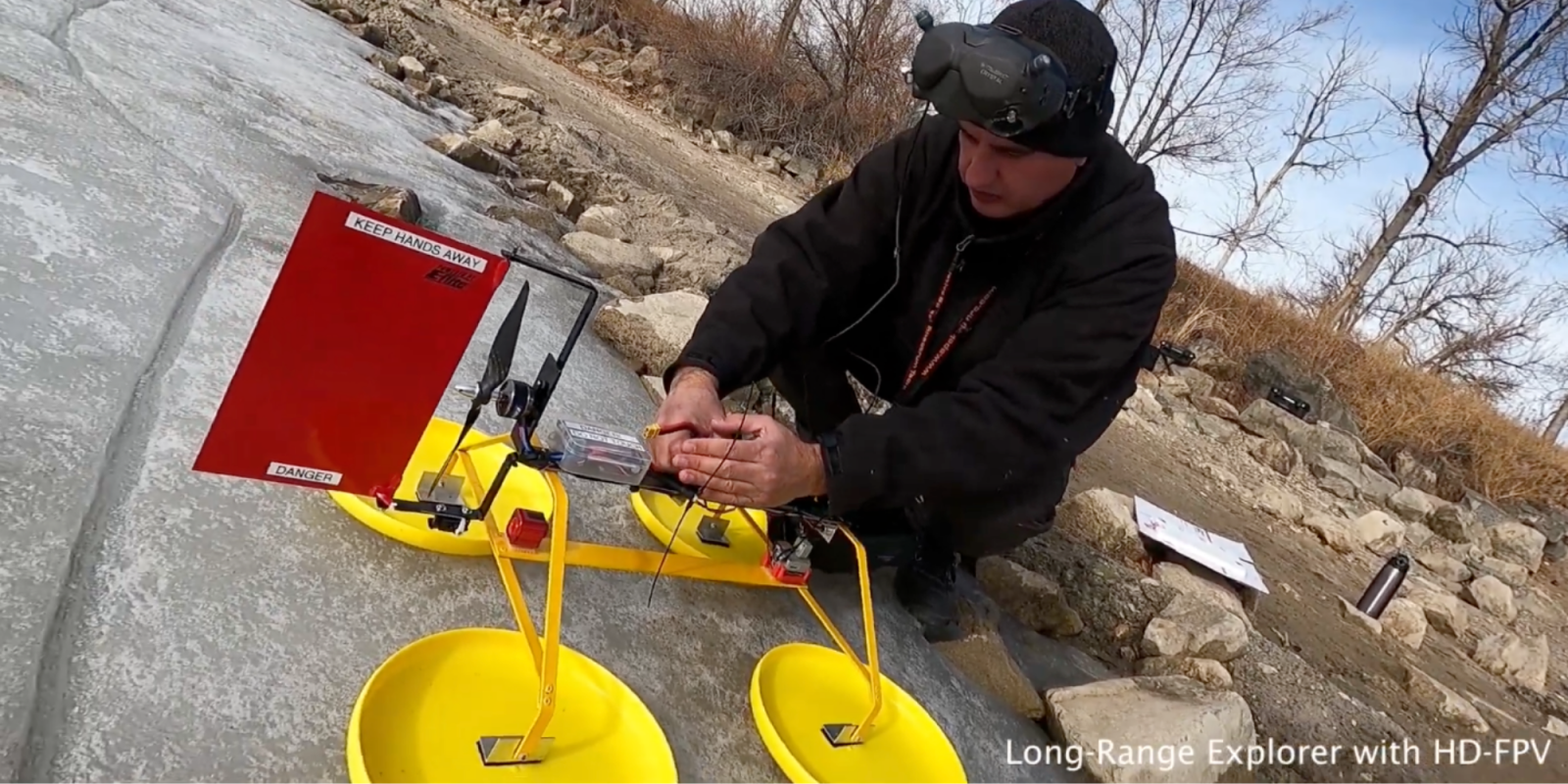 Lots of people in the drone space are tinkerers. And plenty (hands up at my house) have a lot of spare parts kicking around. I have a ton of old motors and ESCs in the basement, just waiting for me to build something with them. So what about using drone parts… to build something else?

Childhood story: My first foray into the world of things that fly was buying a hobby plane that used a little glow-plug engine. I remember it clearly: It was a Cox PT19 with a .049 motor displacement. It was controlled with two strings attached to a hand control that would move the elevator. So basically once you got it going, it was literally tethered to you and could only fly in circles with you at the center. The motor had a lot of torque, and it wouldn’t surprise me if a few people lost bits of fingers to this machine.

I didn’t. But I certainly lost some dignity.

For my first flight, we took the PT-19 to the parking lot of a large nearby store during off-hours. Somehow, word got around the neighborhood that my dad and I were going to maiden this thing. Before I knew it, there was a pretty big crowd in the parking lot. They were all watching to see how this flight would go. Back then, this device was probably the equivalent of a drone: People were interested.

We added the fuel. Attached a battery to the glow-plug engine. It sputtered a few times, then eventually caught with a high-pitched whine. My dad released it, and I adjusted the control lines to get it into the air.

Make that a brief first flight

I pulled up a little too hard and the elevator popped abruptly up – resulting in the aircraft leaving the ground at a steep angle. I quickly tried to correct and over-corrected. The PT-19 went slamming into the asphalt of the parking lot, with the plane flying into pieces (the wing, I recall, was secured with a rubber band). I remember just feeling really embarrassed, and not wanting to try again with half the population of western Canada watching from the sidelines.

I packed up the PT-19 pieces and took it home.

But the story doesn’t end there…

I was fascinated with that little glow-plug motor. And it wasn’t long before I mounted it into a piece of wood and somehow attached that piece of wood to a really thick and rigid piece of styrofoam. If I couldn’t fly, I was going to at least have a boat.

And so I took out that imitation of a Florida airboat to the local ponds a few times. Of course, I had no remote control so you’d basically let the thing go and hope it either wound up on shore or there was a stiff breeze to blow it back when the fuel was exhausted.

Point is, I had the parts and wanted to build something. And that’s what brings us to this point in the story.

This video caught my attention the other day because it reminded me of that experience, so long ago. In this case, the person built a device that can go over ice and snow. And in a vastly updated version of what I pulled together in childhood, this guy has a fully controllable system, complete with DJI FPV. As you’ll see, he’s got a single pusher propellor and a pretty substantial rudder. Nice job on the frame, and the frisbees are an interesting touch.

The video is a long one, so you might well be bailing after a few minutes. But still, it’s cool to see what someone with a bit of imagination pulled together with drone bits and pieces:

Well, that motor disappeared at some point in my teen years. But a quick YouTube search brought back those memories, because there’s a guy who found one on eBay and took it out for a spin.

Clearly, this guy was a better pilot than I was. Not surprising, since Dave Herbert has really been around in the RC world for a long time. In fact, check out his channel; he has some pretty cool videos.

And if you’ve got spare parts – go build something.