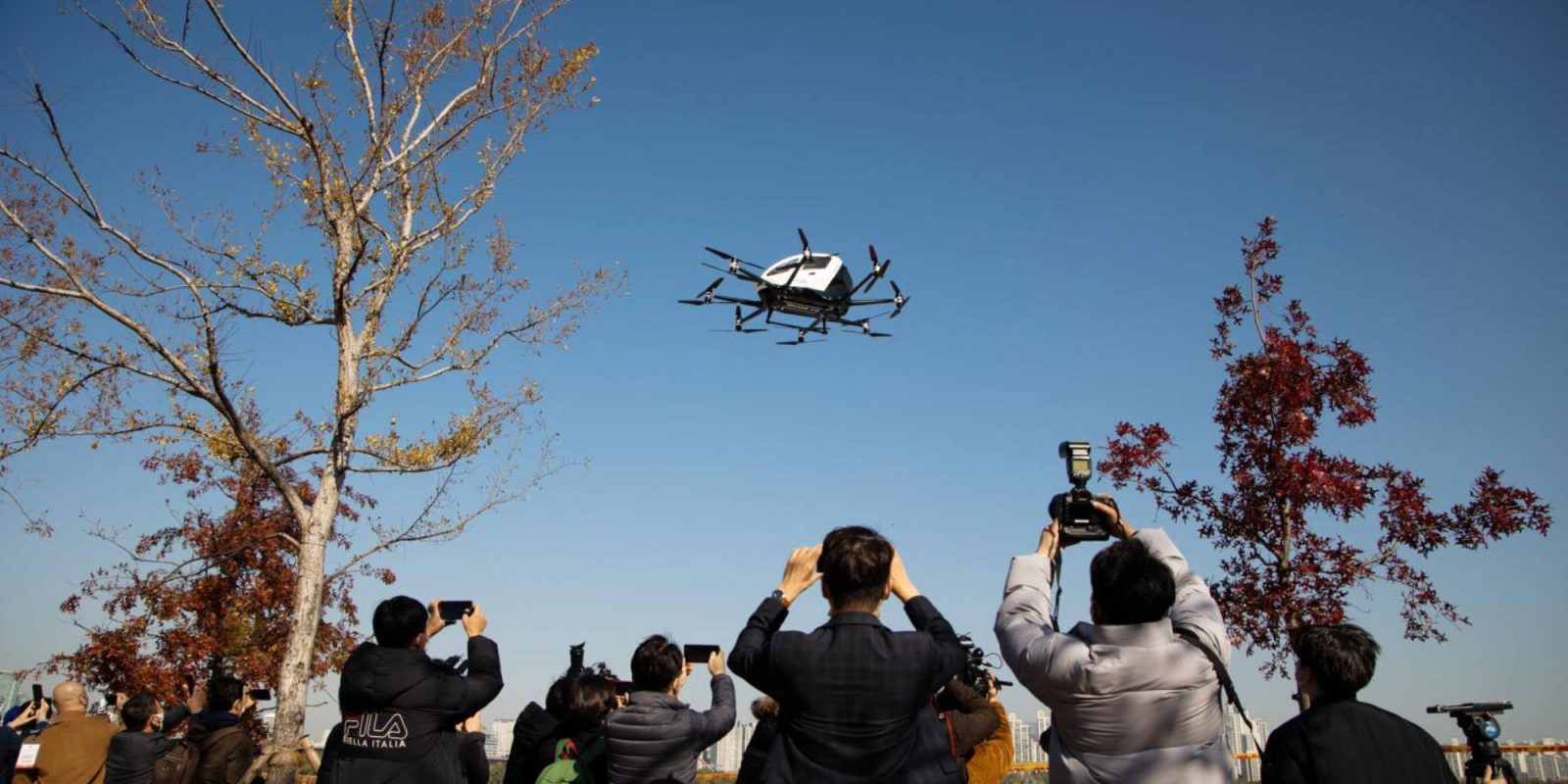 EHang, a global leader in the coming market for autonomous, passenger-carrying drones, has announced membership in the Air Mobility Urban – Large Experimental Demonstration projects. This is one of the largest European demonstrations of Urban Air Mobility, and another step on the path toward drones carrying people.

The AMU-LED project is a significant one. Initiated by the European Union, there are 17 major players taking part in the consortium, including EHang, Airbus, and Boeing. EHang, if you haven’t heard, is considered the leader in the world of autonomous drones that can carry passengers. Its model is specifically aimed at urban centers, and a future when people can summon a drone to a common pick-up or drop-off point with the same ease with which they can now call an Uber.

First, let’s take a look at what the project is about. This explanation comes from the EHang news release:

The AMU-LED is an H2020 project of the European Union framed in the SESAR (Single European Sky ATM Research) Joint Undertaking, with the ultimate goal of showcasing one of the largest demonstrations of mobility services with air vehicles and the safe integration of different types of drone operations, otherwise known as U-space, in urban environments to realize increasingly sustainable, smart cities by 2022.  Planned for two years with more than 100 flight hours, the AMU-LED will kick off in January 2021 showcasing various use cases for passenger transport in air taxis, cargo transport, delivery of goods and medical equipment, inspection of infrastructures, police surveillance, and emergency services support. Through the AMU-LED program, EHang will increase its interaction with European regulatory bodies including EASA (European Aviation Safety Agency) and EUROCONTROL.  This cooperative effort should pave the way for the formulation of relevant UAM policies and standards and contribute to the implementation of UAM in Europe.

Chinese company EHang, of course, is becoming well-known for its H216 “Autonomous Aerial Vehicle,” or AAV. The company has some 10,000 incident-free flights under its belt, including many flights where passengers have flown in the vehicle.

As part of the AMU-LED project, EHang will run trial flights during 2022, including flights in the UK, Spain, and the Netherlands.

Participation in the AMU-LED project will enable EHang to demonstrate the benefits of its leading AAV products and technology platform solutions.  EHang products enable smart city management, shorten the travel time of both people and goods, and reduce air pollution and traffic accidents.  EHang believes the AMU-LED is a great opportunity to demonstrate the promise of autonomous air taxis and further inspire the global UAM community to develop new product innovations and enabling legal frameworks.

The company has plans that go well beyond the odd H216. It envisions a sophisticated infrastructure that looks, in this company video, both ambitious and futuristic. But wow, it’s cool:

Urban Air Mobility is coming. It will start with the safe delivery of goods in urban centers, expanding to on-demand passenger-carrying drones.

Of course, Unmanned Traffic Management – the safe integration of manned and unmanned air traffic – will be a big part of the equation. Work is well under way on that front, and projects like AMU-LED will only push the needle further.

Yes, all of this looks pretty sci-fi. But trust us: The future is on its way.