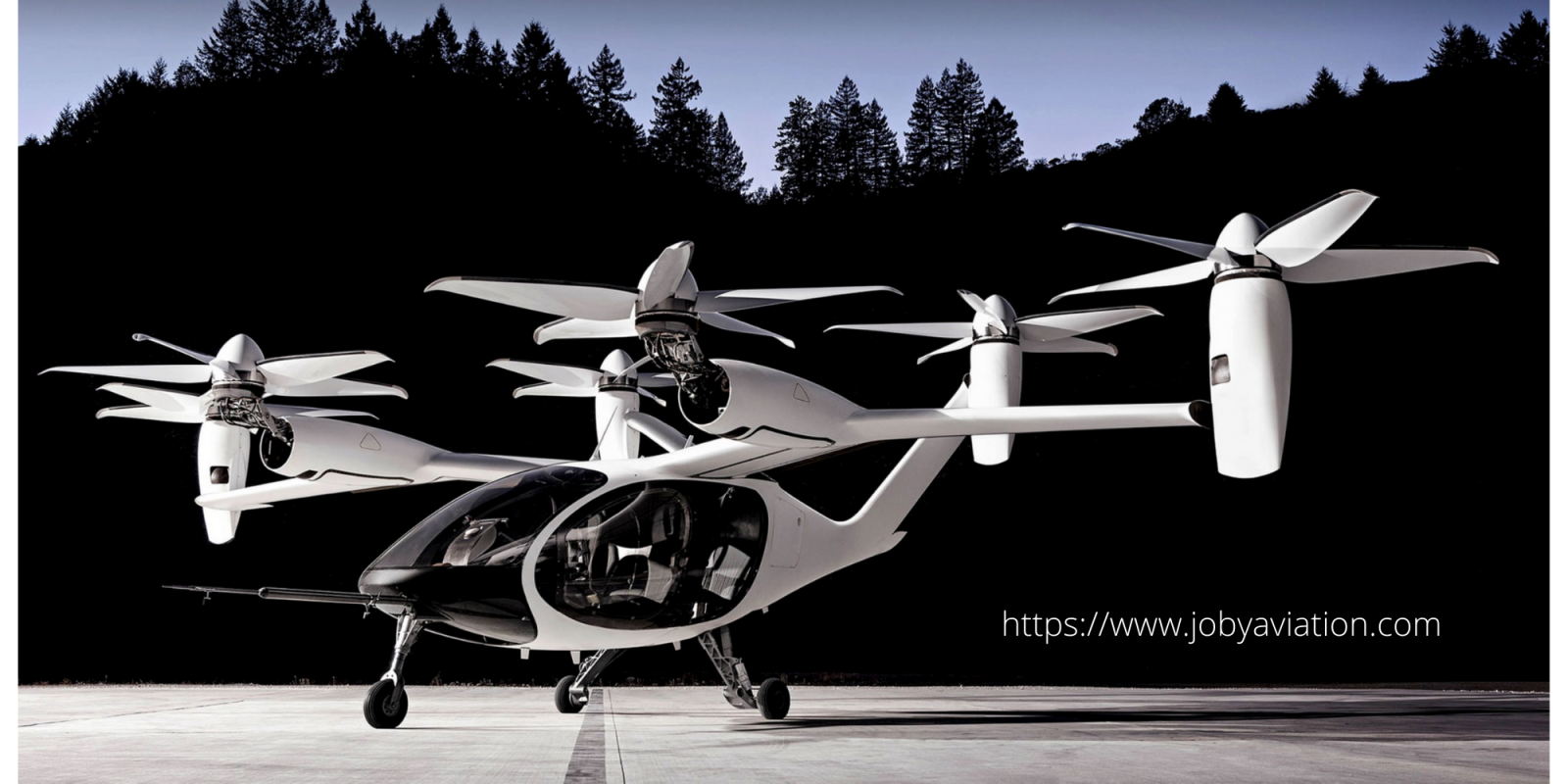 A California company that has built a passenger-carrying VTOL will soon go public, according to a recent Reuters report. Santa Cruz-based Joby Aviation is building an air taxi that will likely one day be sharing the skies with over urban centers with drones.

No one likes getting stuck in traffic. It wastes time, it wastes fuel – and it’s not great for the environment. Joby Aero Inc. believes it has the solution: An electric, fixed-wing VTOL that can carry four passengers and fly at speeds of up to 200 miles per hour. A lot of others believe in the company’s vision as well; it has raised more than $800 million from investors since the company was founded in 2009.

And now, it’s ready for the next big step.

In a recent Reuters exclusive, the news agency reported that Joby was exploring options to take the firm public. Reuters said it was looking at a merger with “a blank-check acquisition firm at a valuation of around $5 billion, according to people familiar with the matter.”

It’s far from clear there will be a deal, and Joby declined comment to Reuters. But in 2020, the company was valued at $2.6 billion. Its backers include heavyweights Toyota Motor Corp. and Intel. Plus, it’s in a sector with huge growth potential.

The design features six articulating motors that are used to achieve vertical take-off, and then transition for forward flight. In 2020, the US Air Force granted Joby Aviation its first-ever eVTOL airworthiness certification – a huge milestone.

The aircraft can handle four passengers and is capable of cruising at 200 mph (320 kph). It has a range in excess of 150 miles (240 kilometers), with zero carbon emissions.

The cornerstone of our vision is our aerial ridesharing service, combining the ease of conventional ridesharing with the power of flight. At the touch of an app, you’ll be able to book a green alternative to driving that’s substantially quicker, yet surprisingly affordable.

Joby has apparently put a ton of effort into reducing the aircraft’s noise signature. This is a very smart move; urban residents may be used to city noise, but there would be pushback against noisy flights over residential areas. If you look at the image above, you’ll notice a deflection at the propeller tips. The Joby website quotes Aviation Week’s Guy Norris as saying, “The aircraft made only a partially perceptible sound that, in this editor’s view, would almost certainly be undetectable against the everyday noise background of an urban environment.”

The Jetsons era is coming…

We’ve said it before, and we’ll say it again: Urban Air Mobility is on its way. That means we’ll be seeing more aircraft in city skies, including UAVs. Nearly all of these vehicles are expected to be electric, and those carrying passengers are almost certain to be eVTOLs.

We’ve written before about companies like EHang and Lilium, which will be big players in the autonomous space. But there will also be some, like Joby, which use pilots.

Much of the technology we’re seeing with many of these startups is due to breakthroughs already achieved in the world of drones – particularly in the autonomous space.

So…when will this all become real? Well, with proven and certified aircraft like Joby’s…it’s not going to be too far off. There’s still that whole Unmanned Traffic Management piece to settle – which ensures the safe integration of manned and unmanned aircraft – but it’s on its way. We anticipate that passengers in the US will be able to summon aircraft with apps and hop in by around 2025.