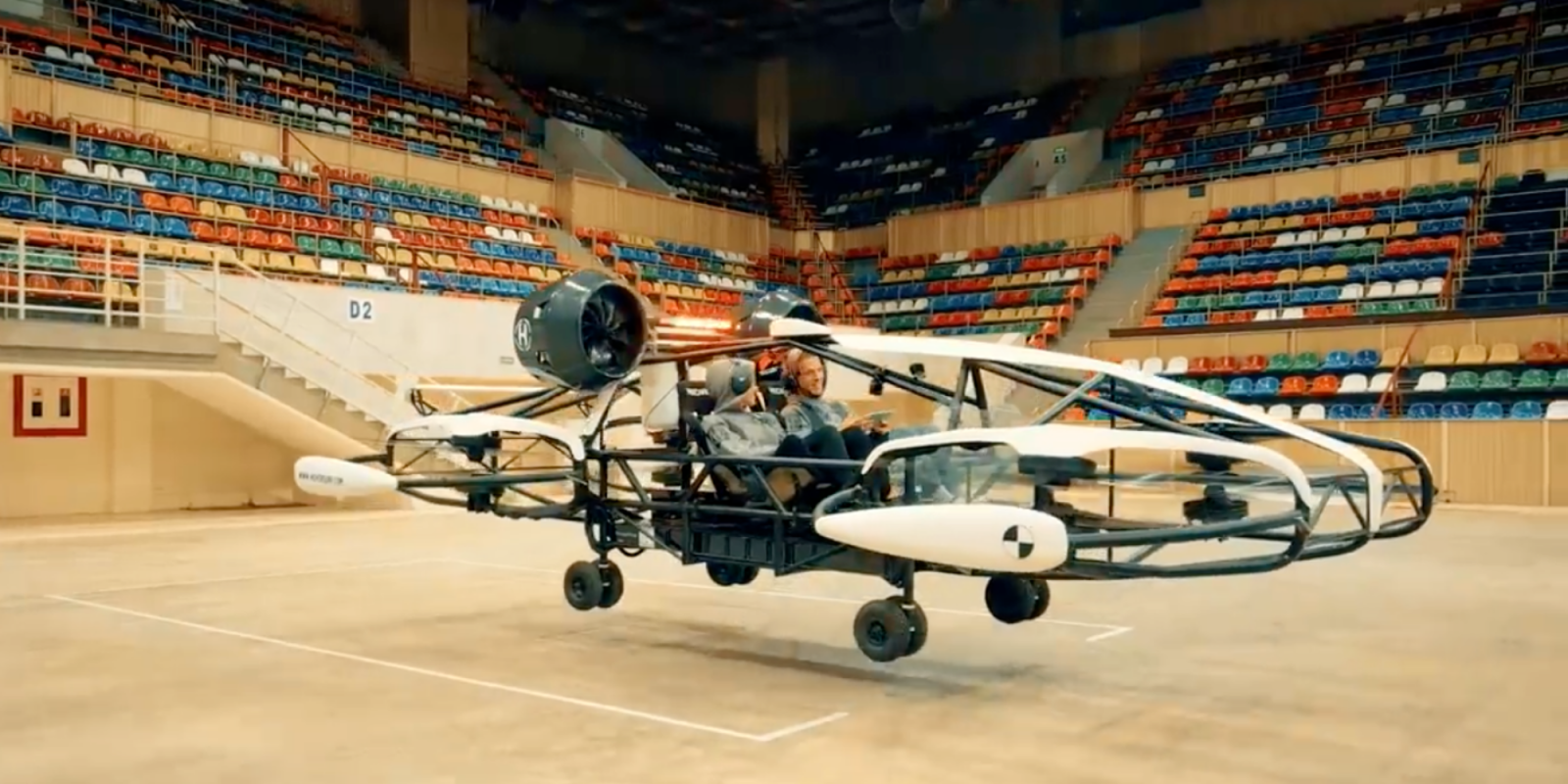 As you know, we’re pretty interested in Urban Air Mobility. In that vision of the future, we’ll see autonomous, e-VTOL vehicles carrying passengers above cities in the not-so-distant future. And one of them could well come from a Russian company.

Stuck in traffic? Important meeting on the other side of a gridlocked city? The future might include a scenario where you hail an autonomous drone with a phone app, then have it pick you up at a designated landing pad nearby before delivering you to a similar pad near your destination. Already, companies like EHang have produced passenger-carrying drones that are up for the task – once the infrastructure and an Unmanned Traffic Management system is in place.

All of that, we believe, is coming. So it’s worth looking at another contender.

Hover is the name of the Moscow-based company, as well as the name of one of its products: an air taxi. A group of engineers first started on this project in 2016, and the company has reached a stage where it’s now releasing videos showing short manned tests.

Interestingly, Hover is capable of being maneuvered as a ground-based vehicle, meaning it could be parked in a garage or parking lot. However, it’s not a “flying car” – and it’s not intended to compete with standard ground-based vehicles. But the ability to move around, even just a bit, does make this potentially suitable as a vehicle for private ownership.

And how does it look in (limited) flight? Let’s have a look:

This phase of testing

Here’s what the company says it’s focusing on with current testing:

In the current testing phase, the emphasis is on several components. The duplication of critical aircraft systems is checked. The lift & cruise flight mode is being tested (when different groups of engines are responsible for takeoff/landing and horizontal flight), the functioning of the firing parachute to save the drone and the crew at ultra-low altitudes. The digital centralized control system of drones over 5G networks is being improved. It lays out the best routes for air taxi, monitors the safety of flights and completely excludes a person from the air taxi management process.

You can see that the vehicle incorporates a quadcopter-style design for lift and stability, with two large electric motors for forward thrust. Those two motors are what’s pushing the car along the ground. Clearly, that’s not practical for “driving” on the ground, but adequate for parking.

Why this is different

Hover says its product combines the best features of a helicopter and an airplane, without some of the downsides that it says are associated with one common VTOL design:

Our concept of a flying car is not a copter or an airplane. It is a machine that combines the best of both designs. We have developed a unique system in which the vehicle can be both a copter and an aircraft. Unlike other S/VTOL, these systems are independent. If the wing fails, the copter will land. If the copter fails, the plane will help you land. We have also included the most advanced ballistic parachute for emergency situations created by BRS Aerospace. In most S/VTOL designs propellers are rotated to switch from vertical takeoff mode to airplane mode – this is their main problem. 90% of the accidents from the famous V-22 Osprey are associated with this. We have solved this problem: if there are no rotary engines, there are less problems.

When will it be ready?

The company says it hopes to have these in the skies somewhere between 2023 and 2025.

We’ll be ready. And if it takes them a little longer? Well, we’d consider the Hoverbike, made by the same company:

But only if they put some protective cages or ducts around those propellers!