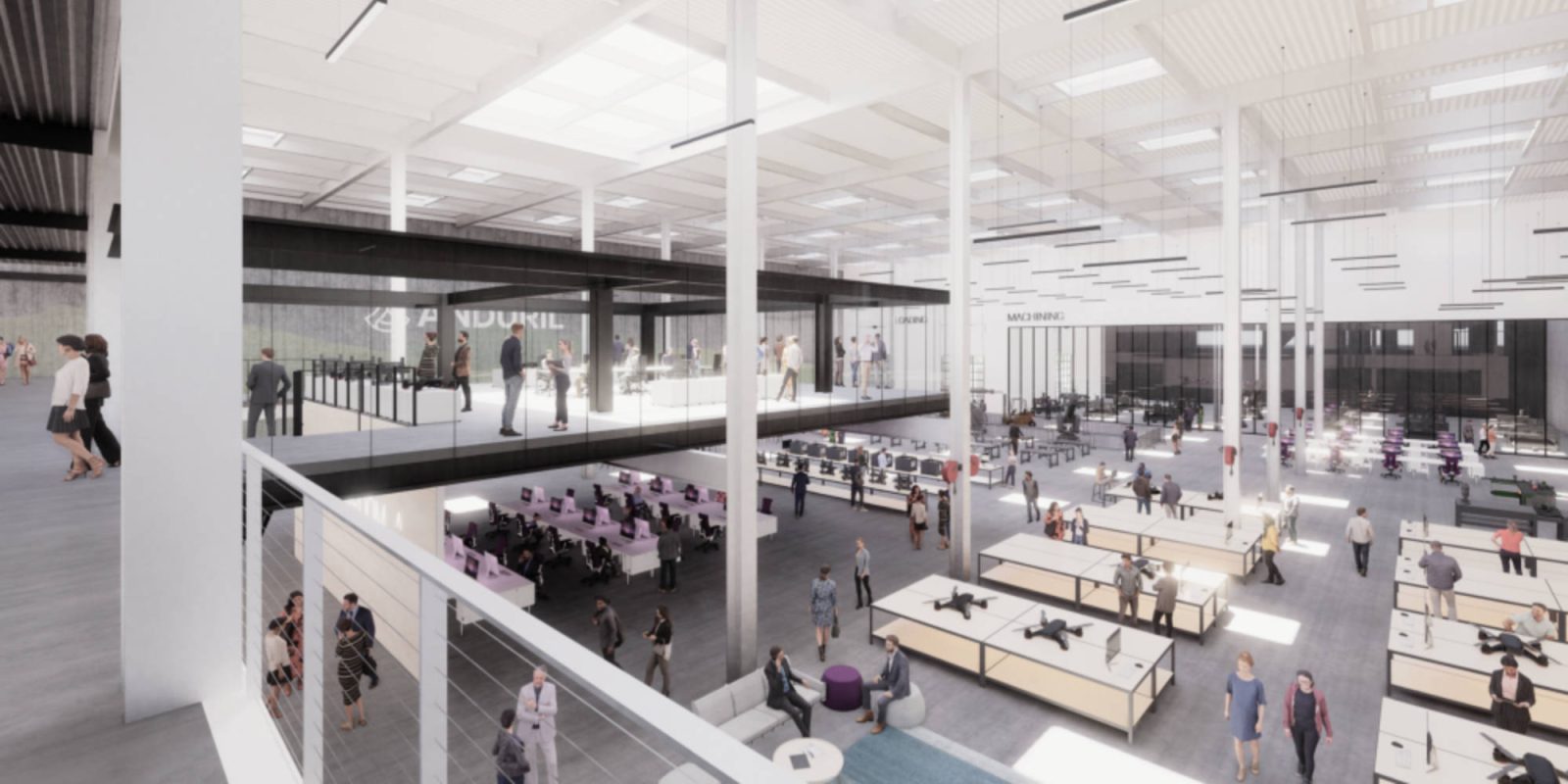 Defense drone company Anduril has announced it will be moving its headquarters to the old LA Times press room, taking up all 432,000 square feet of it. The building will support a new research and development center and just under 2,500 employees.

The massive building was once home to the LA Times printing and distribution operations. It was eventually redeveloped into mixed-use space for offices, events, and amenities after not being used for years.

Anduril saw this opportunity and signed the lease last week to the make the move official.

We founded Anduril in 2017 with the mission to transform US and allied military and national security capabilities with advanced technology. That idea started with a small group of 15 innovators in a tiny warehouse in Orange County.

We’re incredibly proud of our rapid pace of growth, and to continue to sustain that momentum, we’re excited to announce that in early 2022, we’ll be transitioning out of our current Irvine-based headquarters and moving to The Press, an iconic property in Costa Mesa.

Have a look at the impressive-looking renders for yourself.

Anduril Industries is a software and hardware company focusing on artificial intelligence, unmanned systems, and sensor fusion. The company has its Lattice Platform that AI powers to fuse data from various sensors to create a single autonomous operating picture. This system is built into all of Anduril’s products and allows for sensor fusion, target classification, and multi-track reconciliation.

Anduril Industries has two drones, Ghost sUAS and Anvil sUAS. Ghost sUAS has onboard object detection, and navigation allowing it to perform autonomous operations. The drone uses an all-electric power system, giving it long flight endurance and high payload capacity. It also has a modular rail system to integrate third-party sensors and payloads.

The Anvil sUAS is used to autonomously navigate to a drone threat and provide the operator with visual feedback to identify a threat. If there is a threat, the Anvil will use its speed and onboard terminal guidance to deliver kinetic energy (essentially hit it) to the threat, causing minimal damage to itself.