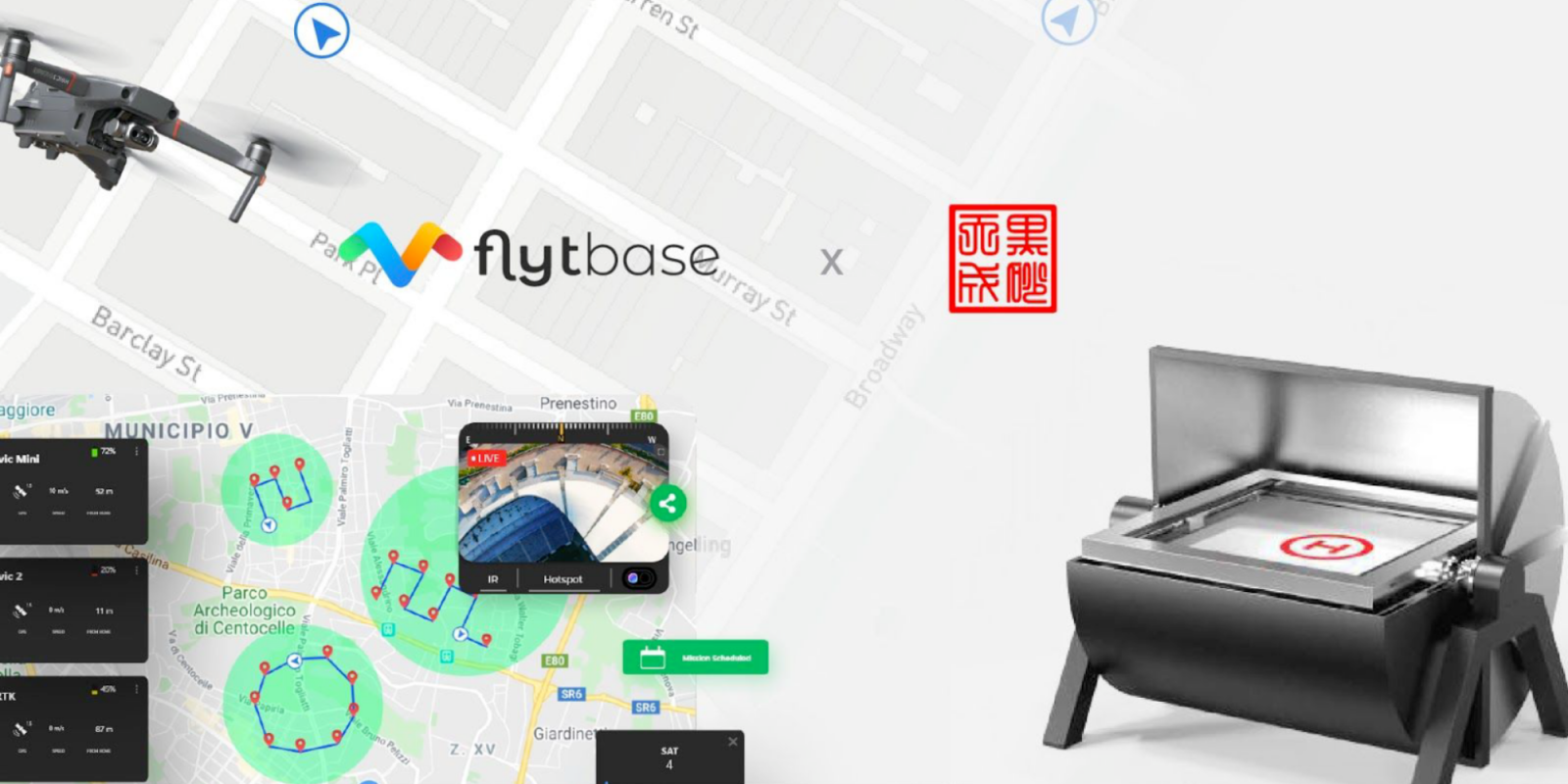 A new collaboration between FlytBase and Chinese firm Heisha Tech will result in an affordable drone-in-a-box solution that will work with a variety of off-the-shelf products, according to a news release. The announcement says the solution will achieve greater return on investment, faster payback, and the ability to deploy automated systems at scale.

The concept of a drone-in-a-box is pretty straightforward. Using a combination of software and hardware, a drone is regularly dispatched from a base station. That station offers automated recharging and a safe harbor from inclement weather. So, for example, a drone might depart on regular missions at an industrial site. It flies the preprogrammed waypoints, collects its data, and returns to the base. Once there, it recharges, perhaps performs internal diagnostics, and gets ready for the next automated missions.

This new partnership, says the release, will make such solutions more accessible and affordable.

When coupled with a docking station from Heisha Tech and an appropriate drone, you theoretically have a system that can be monitored and operated remotely from pretty much anywhere.

Of course, you’d also need regulatory permission to operate beyond visual line of sight. But for repetitive automated flights, the drone-in-a-box system is an appealing solution.

What about the drones?

Heisha’s D.Nest can work with a number of off-the-shelf drones, including DJI, Parrot, and PX4/Ardupilot drones. And here’s how the Heisha Tech box works:

As a pioneer in cloud-based automated drone fleet management and operations systems, we have been working with enterprise customers on aerialsecurity, delivery, public safety and remote monitoring applications. As our customers are beginning to scale their BVLOS deployments, our partnership with Heisha will help them get access to a low-cost and reliable DiaB (drone-in-a-box) solution that works seamlessly with FlytNow’s automated workflows.

No prices were included with the news release. If you’re interested in learning more, get in touch with FlytBase.