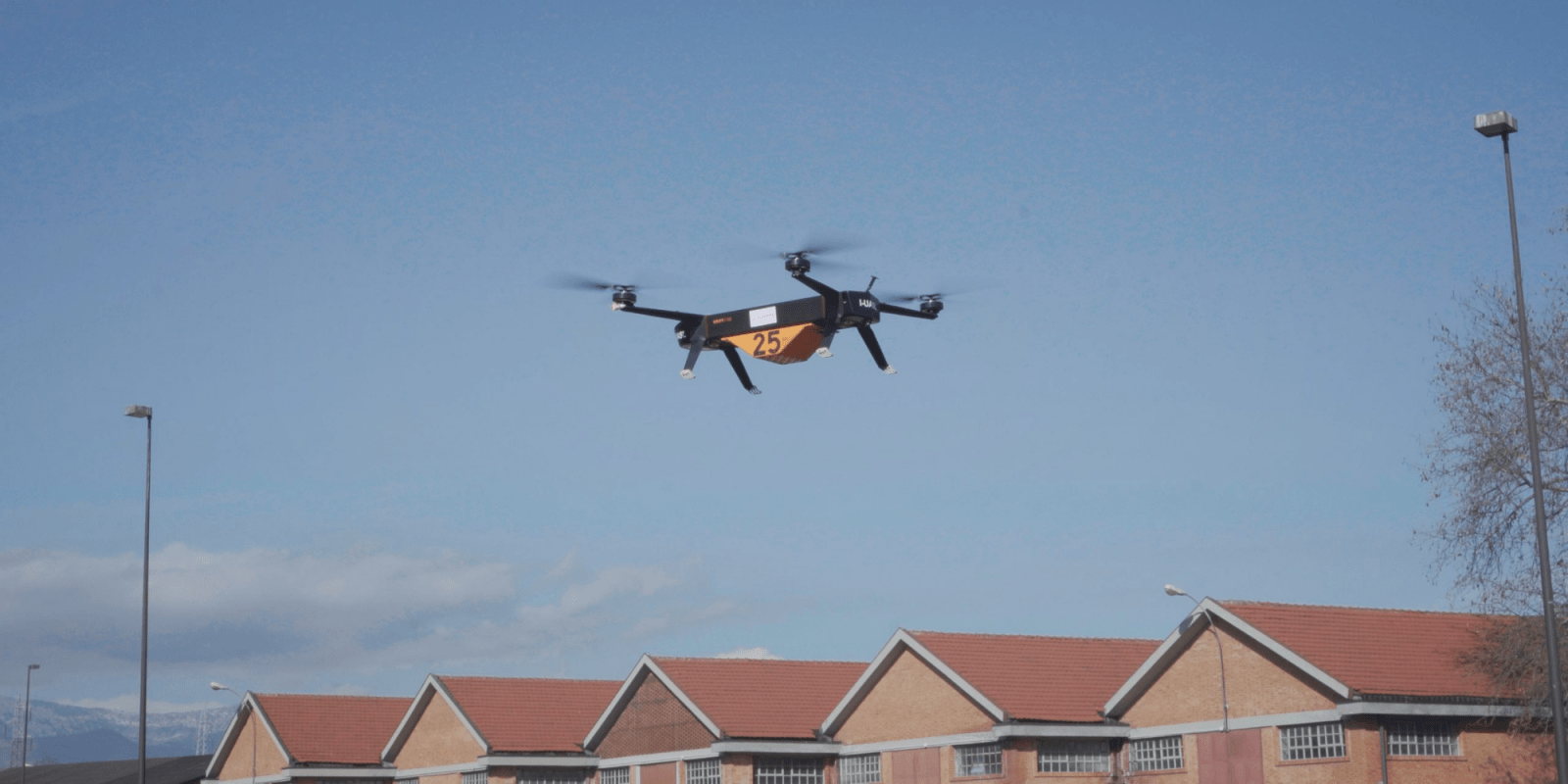 Aerospace company Leonardo says it has carried out Europe’s first demonstration of an electrically powered drone lifting heavy goods. In total, 25kg of goods (55 pounds) were carried in an Extended Visual Line of Sight (EVLOS) flight.

As we head into an era where drones will routinely shuttle goods over major urban centers, there’s a lot of testing going on. And one of the areas involves drones capable of carrying heavier payloads. Of course, that also generally means heavier drones – and that’s the case here. A drone built by Italian aerospace and technology company weighs 130 kilograms, or about 286 pounds.

It’s part of a project called Sumeri: Si Salpa! – and also part of Leonardo’s longer-term vision with an emphasis on autonomous systems and security.

When many of us think about drones playing a greater role over our cities, we tend to think of smaller drones running deliveries. Medications, urgent paperwork, critical parts – these kinds of applications. Perhaps that’s because the most ubiquitous drones are smaller, consumer-sized products.

But the reality is: Once a safe, automated Unmanned Traffic Management system is in place, there’s no reason why larger payloads can’t be moved through safe corridors.

This Italian firm is a big player in the aerospace and technology field. It builds helicopters, manned aircraft, unmanned aircraft (including Medium Altitude Long Endurance), and much, much more. It’s also in the midst of a longer-term company vision that emphasizes autonomous products and security. So it comes as no surprise that Leonardo is involved with testing products for the future.

For this project, it partnered with the city of Turin and a company called D-FLIGHT (a company it partly owns) for the heavy payload tests. This was the first time such a test has taken place in Italy, and it’s apparently one of the first in the world involving larger payloads over urban areas. D-FLIGHT brought its Air Traffic Management software to the table:

This initiative is an expression of Leonardo’s vision to make cities more functional, sustainable, and ecologically friendly through the application of new technologies in the fields of unmanned aircraft and logistics, applications that can also be used in times of emergency, such as those we’ve seen in recent months. Artificial intelligence and automation, combined with Leonardo’s system-level expertise in aeronautics, are enabling us to bring forward exciting new types of air operations in complete safety. We send our warm thanks to the Municipality of Turin, which is taking a leading role in this domain. I would also like to express gratitude to ENAC for their support, which enabled us to deliver this innovative technology trial in full compliance with the relevant safety and security regulations. Last but not least, we are very pleased to see the further development and growth of D-Flight, which contributed its air traffic management platform expertise to the demonstration.

The test is seen as part of the path toward Urban Air Mobility – definitely part of the future of aviation.

Urban air mobility is at the forefront of our mandate to innovate. It is one of the most challenging ‘smart city’ technologies to develop, but very much an area in which we are keen to push the boundaries through urban experimentation. One of the most interesting use cases for urban air mobility is to allow for the transport of goods from distribution centers to the end customer (the ‘last mile’) via a variety of modes of transportation, which will have a positive impact for our city, our citizens, and our environment. I’m very happy to see the Sumeri project, an international collaboration between our Turin City Labs ecosystem and air mobility project leader Leonardo, is already off to a successful start.

Marco Pironti, councillor for Innovation of the city of Turin

You can find the full news release here.