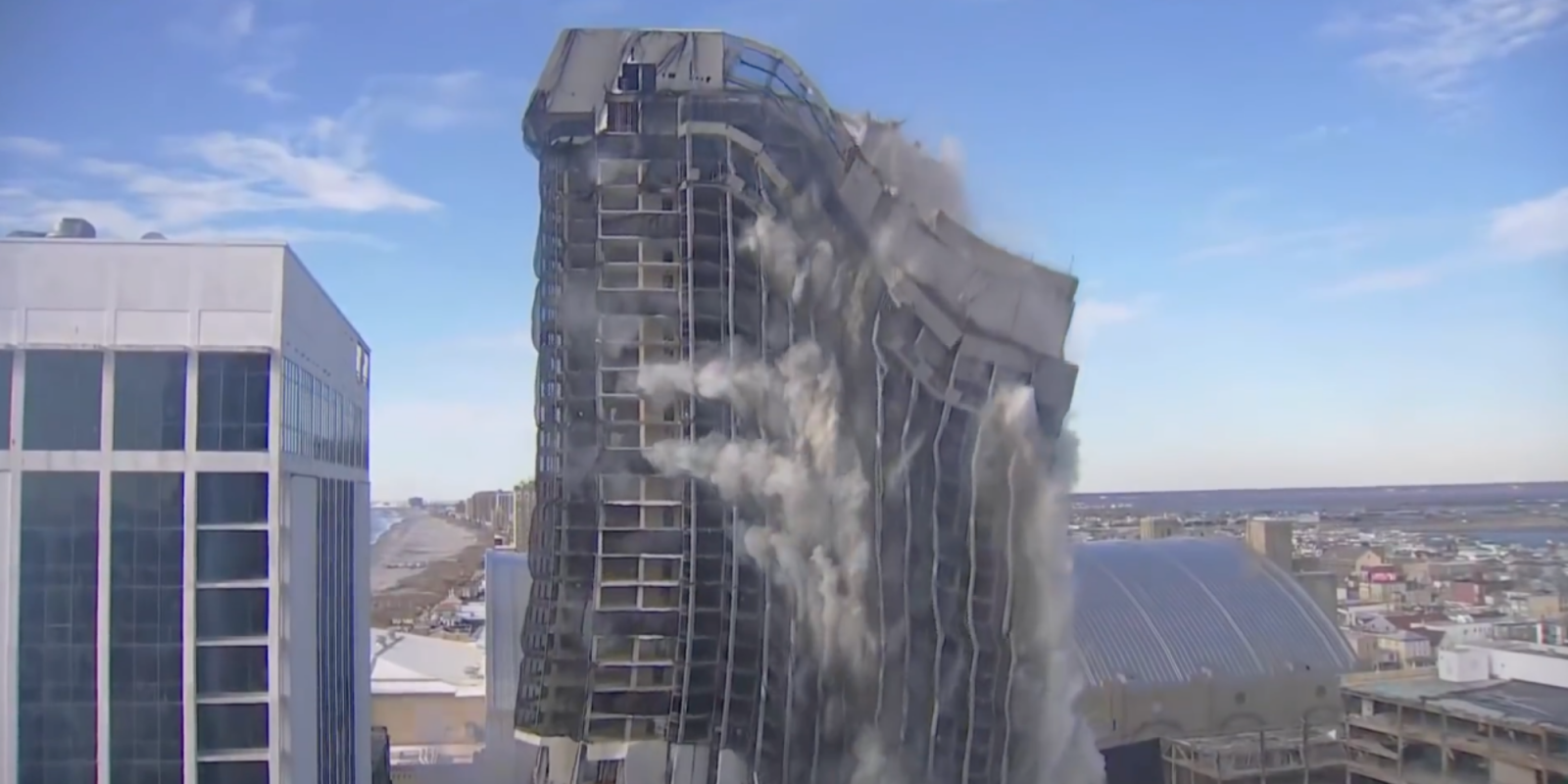 All good things must come to an end. And even, apparently, some not-so-good things. The failed Trump Plaza in Atlantic City, shuttered since 2014, is no more.

What goes up must come down. And that was the case yesterday with the Trump Plaza in Atlantic City. The building has sat empty for some six and a half years, and was originally scheduled to be demolished in 2018. Yesterday, the building that once housed 614 rooms, seven restaurants, and a 60,000 square foot casino, disappeared from the Atlantic City skyline forever.

And, thankfully, a drone was there to capture the moment.

Demolitions like this are always a bit of a spectacle. I mean, it’s not every day you get to see massive building collapse in mere seconds. But that’s what happened, with a spectacularly successful implosion:

That video was shot by a local drone firm ENF Dronography. But it wasn’t the only firm that had the idea to capture this from a safe, elevated distance. The local NBC affiliate was also there, in the air:

And that… as you might have guessed… is the end of this story.