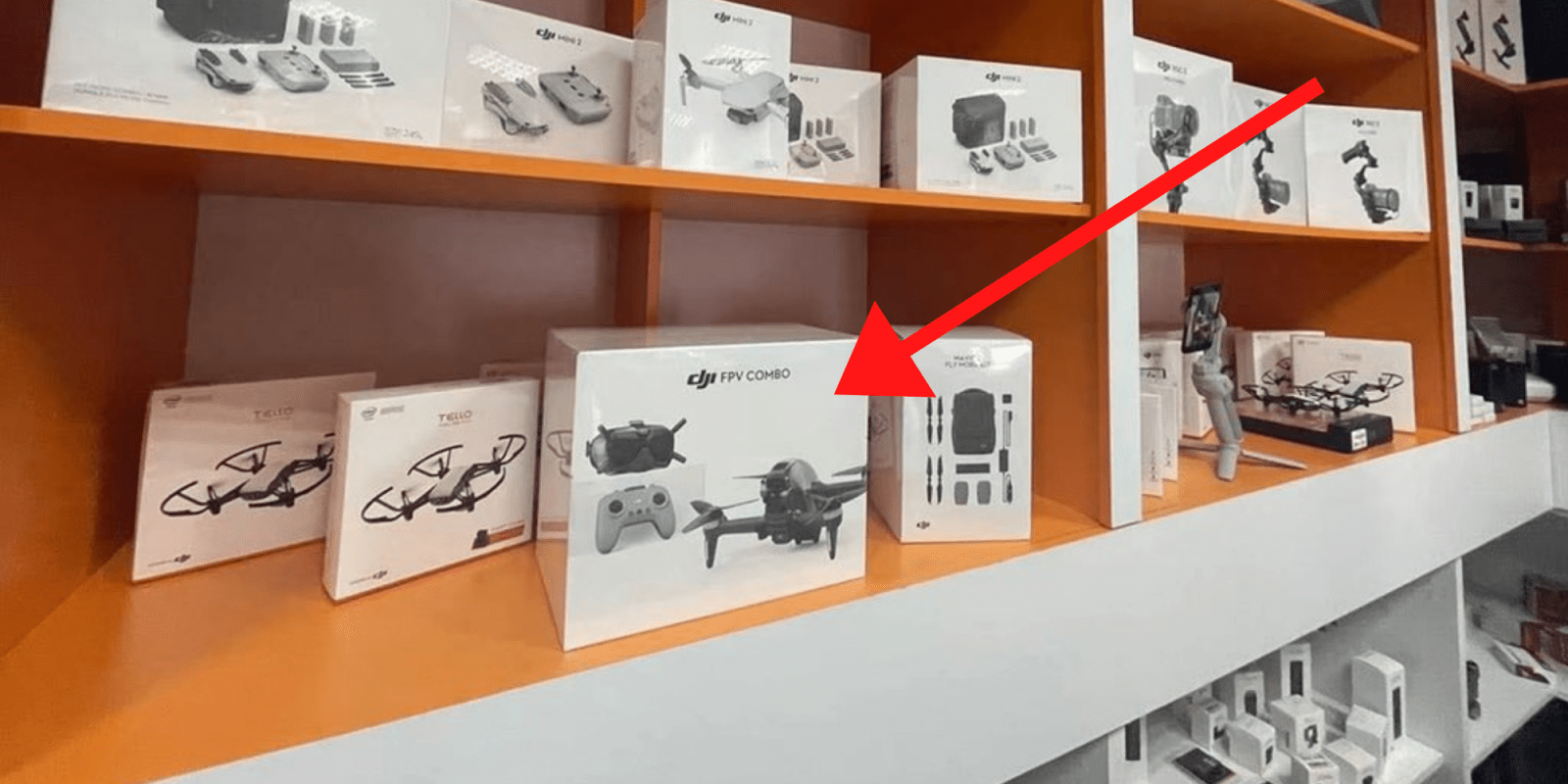 Well, the cat’s out of the bag. And so, apparently is the drone.

A new image published online shows that DJI definitely has a problem. Its forthcoming FPV drone, now reportedly due for release March 2, has been spotted on store shelves. The latest leak comes to us via Twitter. And, perhaps not surprisingly, from @OsitaLV.

That’s what it says on the box. The same box we’d seen in earlier leaks. But this time around, the box is on a store shelf. In stock. Take a look:

We have no idea, nor does OsitaLV offer any clues. But with this thing now on the shelves, just below the Mini 2 and right beside the Tello, it’s clear what’s going to happen next: Someone’s going to buy it. And once they do, there will be another unboxing video…and perhaps even some flight videos in advance of the release date.

We’ve seen this before, with the Mini 2. A couple of people were able to buy it from Best Buy in the US. And while they produced unboxing videos, DJI kept the software for the new product locked up until the official release date. That also appears to be what’s happened with DJI’s digital FPV goggles, V2.

@OsitaLV has had a pretty busy few days… Earlier, he (or she) tweeted an image that shows the product with a green canopy. Undoubtedly, this will be a popular aftermarket product, much the same way (and likely in addition to) the skins that have proven popular with other drones.

And, there are more photos as well. These ones, to our eyes, appear to be official DJI product images:

We’ve now seen a release date of March 2 from multiple sources, including Amazon listings for the product indicating it will be available for purchase and shipping on that date.

That’s one week from tomorrow. We’ll be ready.