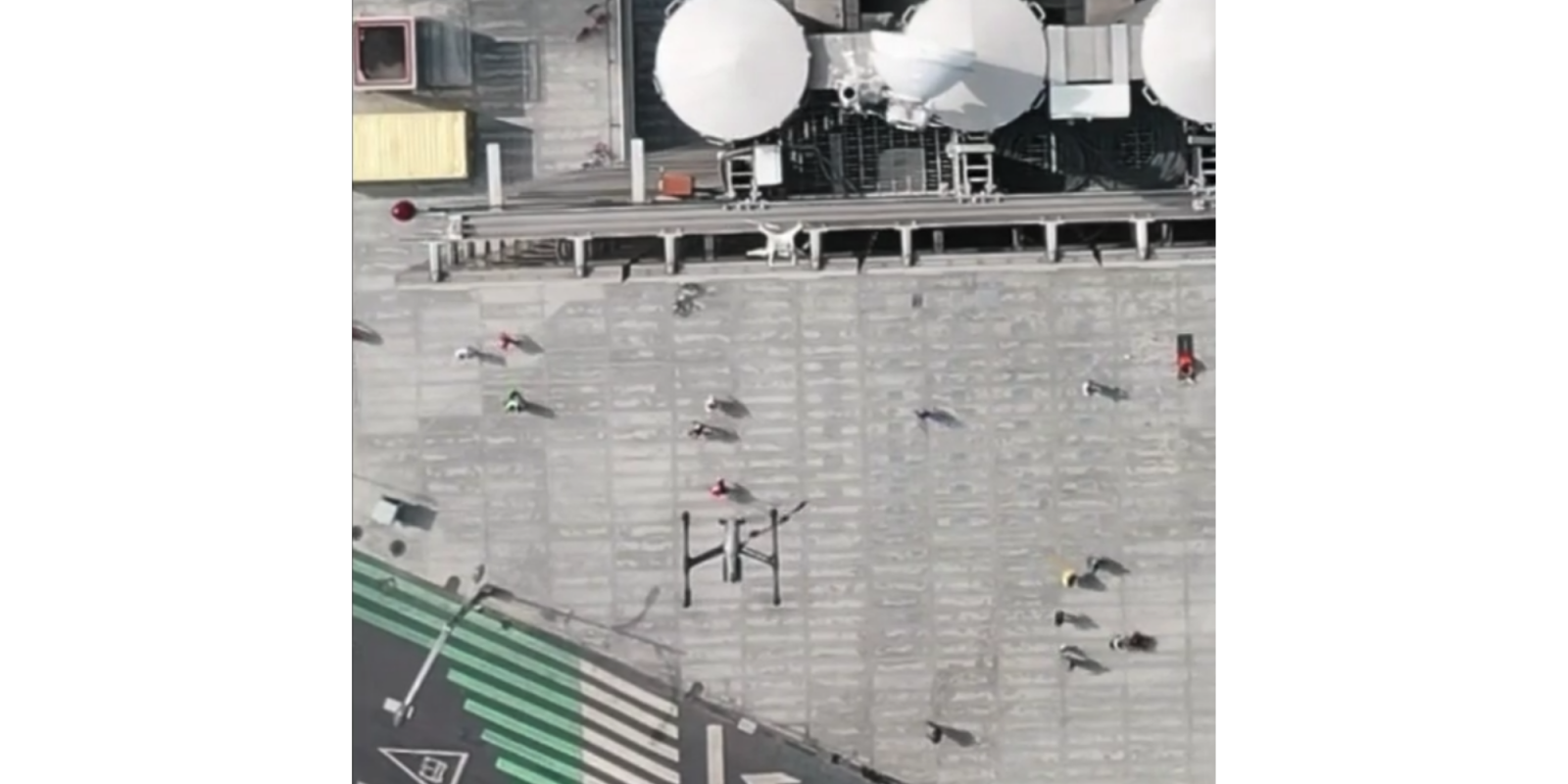 What should you do if you somehow strand your drone on top of a very tall industrial building? Well, in this case, the answer was to initiate an aerial rescue – using an Inspire 2.

While checking out another video, we happened to stumble across this little rescue scene, which attracted the attention of a local television station. Though we don’t speak Spanish, there’s not much doubt about what happened here. Someone got their DJI Phantom 4 (or maybe it’s a P4P) stuck on the edge of the roof of a tall building.

A very, very tall building. And in a position where it looks as though it would have been very difficult to rescue by hand, even if you had roof access. What’s more (and we learned this bit after publishing), the drone had been there for two years!

You don’t need to understand Spanish (though it’s great if you do) to grasp what’s going on here. A Phantom was stuck atop a monstrously tall building. Someone else, with an Inspire 2, opted for a rescue mission. So they went to a hardware store, but a few widgets, did some planning, and returned to the scene.

With two other quadcopters monitoring, the Inspire 2 was positioned, and a hook was able to grapple one of the Phantom’s legs. It was fortunate the drone was in the position it was. Even so, it took four attempts before they were successful.

So here’s the TikTok account of the television news story, which features much celebration. FORO TV is a Mexican news station carried widely on cable:

Not long after publishing the story today, we had a Twitter notification. It was from Carlos Sandoval – who was one of the pilots in the rescue mission! Carlos pointed out there was an English version available here. We recommend hitting that up, because it offers more information that we didn’t pick up on in the Spanish version. Unfortunately, we can’t embed it into the story.

The rescuers got lucky on a few counts. First, they were able to retrieve the drone. But a couple of other things from this video are worth noting.

The first is that the Inspire 2 was clearly flying over people. Now, we don’t know the rules in Mexico, but we’re assuming they’re pretty similar to other jurisdictions. That means unless special permission is obtained (and unless other factors that mitigate risk, such as a parachute system, are in place), that it may well have broken some airspace regulations.

The other thing that was lucky was that the Inspire 2 handled this smoothly. We’ve seen more than one video where hanging a strap like this can induce a pendulum effect that can ultimately cause a crash.

As we’ve said before, we’re not the drone police. And we don’t know the background to all of the circumstances surrounding this flight. But we figure, where we can, it’s worth pointing actions that might pose undue risk or violate regulations.